Spain too powerful for Argentina 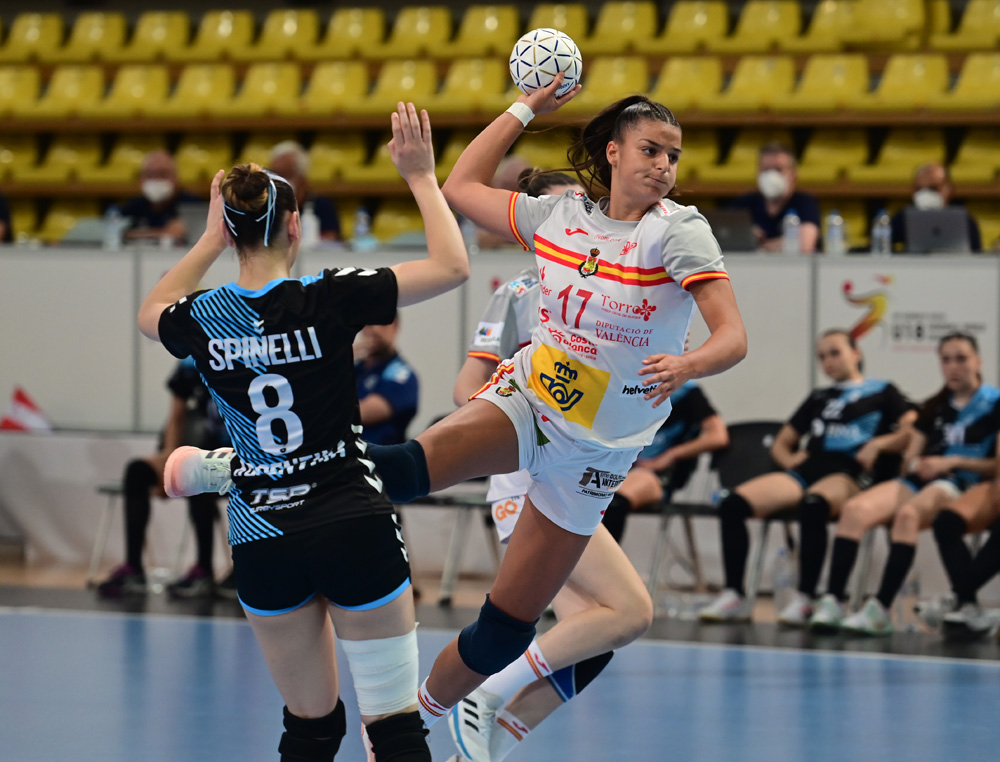 Spain recorded their first win at the IHF Women’s Youth (18) World Championship at Skopje, beating South Americans Argentina (26-39) and won the third place in the group H, leaving the rival on the bottom with three losses in three matches.

In the first ten minutes of the match, both teams played very aggresive in the defence, and that lead to little amount of goals. It was 2-2, Argentina was close to Spain, but after that, when the South American team started to play „7 on 6“, Spain get into rhythm with easy goals and got to 2-5. After that, it was hard for Argentina to bounce back to the match.

In the 20th minute, Spaniards were leading 7-13 because of the Argentinian turnovers and fast-break mistakes, and five minutes before the half-time, Spain secured a two-digit lead (9-19), same at the break (11-21). Second half at Skopje was fully in favor of Spain. La Roja demonstrated powerful handball, for a win with 13 goals difference.

Ricardo Martin Duhau (head coach, Argentina): „We did not stay at level of the whole game. At the start it was good, but in the end it started to be very difficult. We could not assert our shot and pass, and we lost a lot of balls“

Pablo Villena Perea (head coach, Spain): „We are very happy because of our first win. The first two games were very hard for us. I think this is the hardest group at the World Cup. Today, we were enjoying with our game, all the players could play, everyone got a lot of minutes, and we are very satisfied of the result“