Second win for France in Skopje 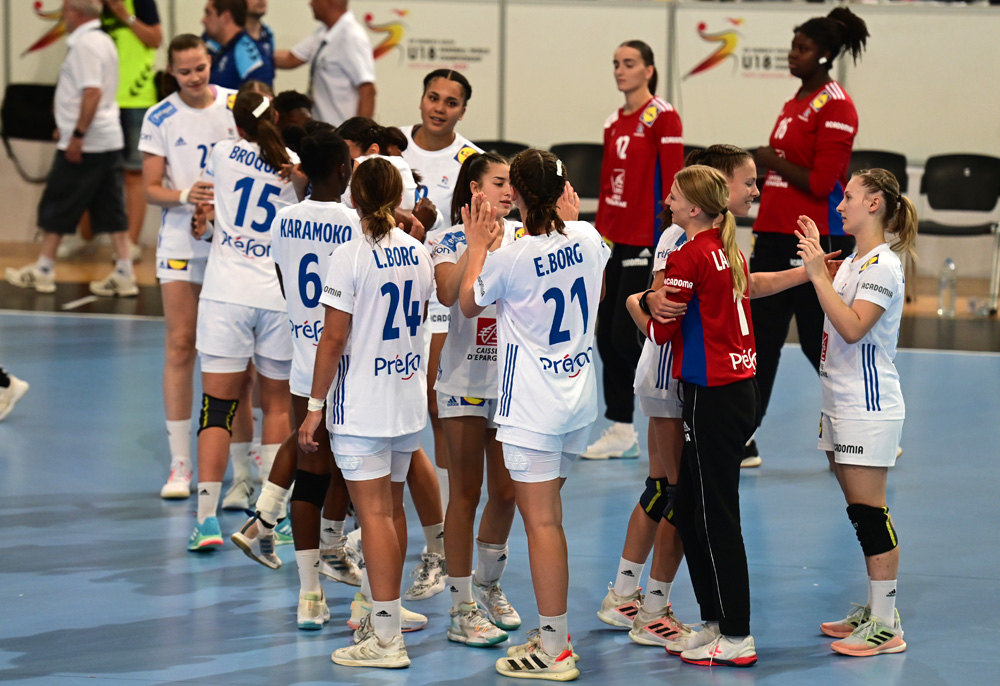 France and Argentina, from Group H, knew that must win if they want to rich or have any chance for main round at the IHF’s World Championship U18 in Skopje. Two points take France, they defeated with Argentina with 23-20 (11-7) for second win.

The pressure was big, so everybody expects to be equal. France opens with 3-1, 5-2 and 7-4. The girl in white dresses have chance to take control very early, but goalkeeper Cuadrado make few defenses, after them the opponent missed several attacks. After few minutes France back on the track, doubled the advantage (9-5). Both teams make series of technical mistakes and lot of missed shots. France was better in this kind of game, after 30 minutes lead with 11-7 despite nine defenses of Argentinean goalkeeper, Martina.

In the second half seems that France has control of the match after plus five (12-7). Cuadrado was shining bright, Argentina reduces negative (13-12,14-13 and 15-14), but missed chance to equalized and make big drama. France wakes up, Wanda, goalkeeper was good, and her team lead with (18-14, 20-16, and 21-17). In the last ten minutes, Argentina tries to make new run, but it was difficult because opponent knows how to keep good result (three and two goals) for second win, but for main round they need to wait the end of the game between Hungary and Spain.

In the last game of group, France will play against Hungary, Argentina with Spain.

***Player of the match – Martina Cuadrado***

Olivier de Lafuente (head coach of France) – We have to wait for Spain and Hungary, to see for the main round. We are happy for the win, but not satisfied with the play. We can be better, but Argentina is good team, with good spirit, they fight ti end. I think that we learn a lot of things today, how to play against Latino team with good energy.

Ricardo Martin Duhau (head coach of Argentina) – We didn’t have lot of experience, that was critical. We need more games on these kinds of competitions.