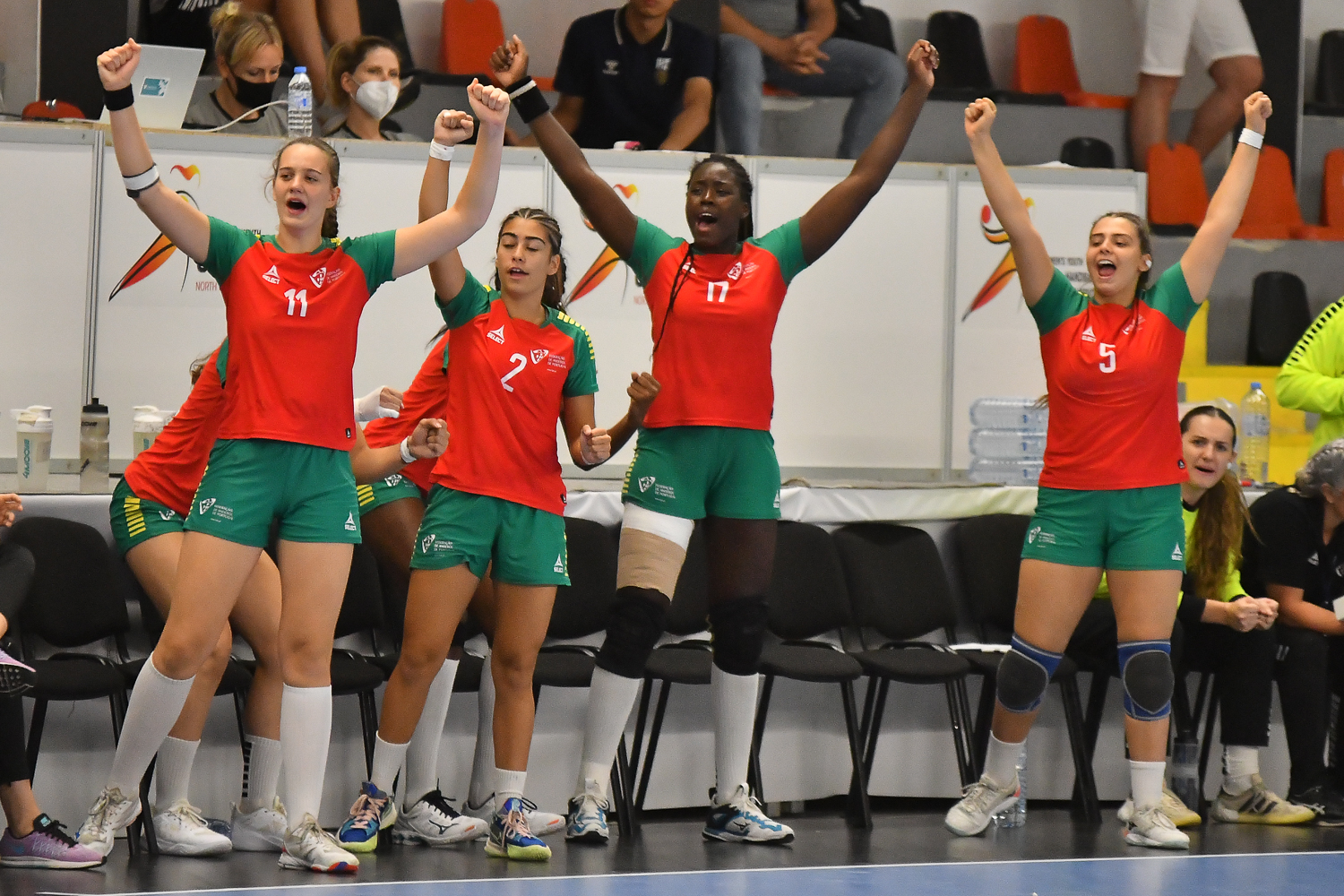 Portugal won against Romania at Skopje (32-35) and got the spot to the 13th place at the IHF Women’s Youth (18) World Championship.

The match started effectively on both sides, and after five minutes of play, the Portuguese women for the first time reached a two-goal advantage (3-5). The Romanians responded quickly with a series of 4-0 and they reached two positives for the first time (7-5). Romania continued with the excellent game and after ten minutes reached plus three for the first time (9-6). Plus four (19-15) was the biggest lead for the Romania in first 30 minutes. The first half ended with 20-17.

Portugal opened the second half better and managed to equalize (20-20) after only four minutes of play. The Portuguese women continued excellently, and in the 40th minute, they took the first lead after a long time (23-24). GUIMARES was excellent in goal, and it led to the first lead of plus three for Portugal (23-26) in the 42nd minute. Romania again managed to fully get back into the match, leveling the score at 28-28 with eleven minutes to go. Portugal played better in the finish and cruised to a 32-35 victory.

WHC U18 STAR OF THE MATCH: Costanca Sequeira (PORTUGAL)

We wanted to win, but we weren’t focused. We had a lot of opportunities to score, but we missed clear chances.

Big game for us. We conceded 20 goals in the first half. In the second half, we improved and conceded only 12 goals and that was key to our victory.