Korea wins the gold after fantastic victory over Denmark 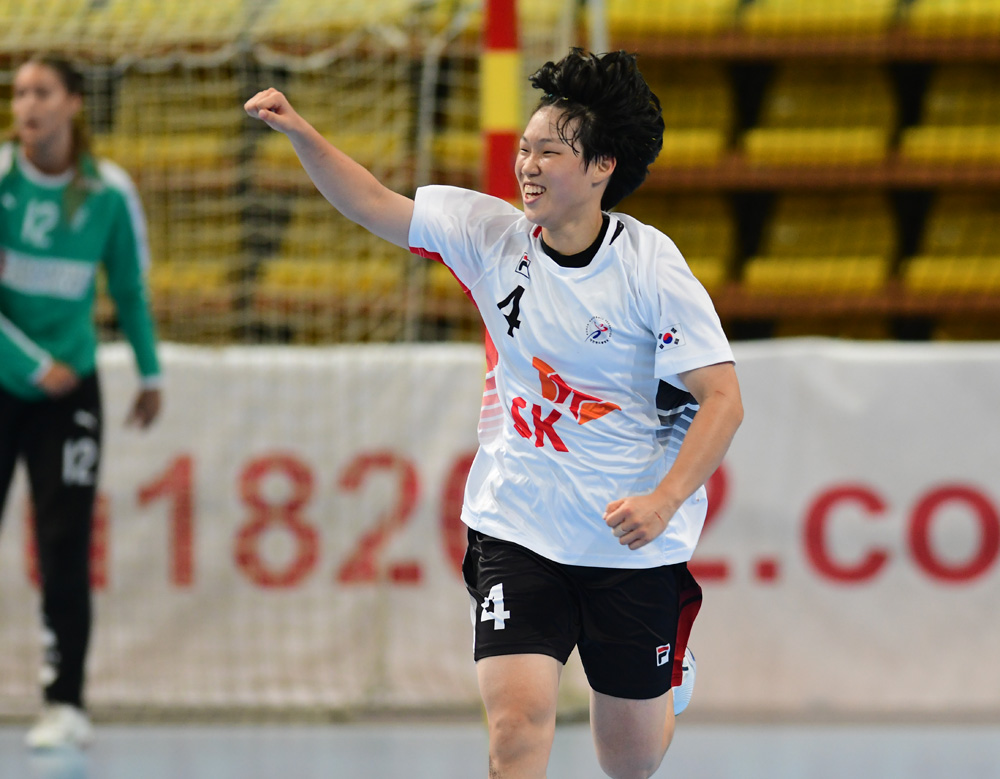 The match was played in fantastic atmosphere, as players from many countries (France, Norway, Spain, Iceland….) were in the stands, cheering for the finalists

Denmark scored the first goal of the final when Scaglione placed a perfect shot from nine meters into the net. Korea managed to increase the tempo, creating big problem to the Danish defense as the Asian team received three penalties in the first eight minutes of the match. The fast play helped the Koreans to get a three goal lead (3-6), which they kept until 6-9.

Denmark finally started playing quality defense, with great help from the goalkeeper Kaysen, as the “reds” quickly came back, equaling the score 10-10. At 11-11 the Korean coach called for a timeout, but it was Denmark who played much better after this break, creating a 14-11 thanks to goals from the left wing scored by Westergaard. Korea showed character and came back straight into the match, scoring for goals in a row, taking a14-15 lead, before Dalsager scored the last goal of the first half (15-15).

Denmark was the better team in the opening minutes of the second half, building a two goal lead (22-20). However, Korea once again found the rhythm in the attack, scoring four goals in less than three minutes, and took a 22-24 lead. Goalkeeper Kim made some grate saves on the Korean goal, helping her team to get to a three goal lead (23-26) in the 47. minute.

The Danish coach called a timeout, but the Scandinavian team had big problems in the attacking game, with only good goalkeeping from Kaysen keeping Denmark into this final. However, Kim was also fantastic at the other end of the field, keeping the Korean three goal lead with six minutes left to play (24-27). The Danish players hurried trying to get back into this match, but Korea was better when it mattered the most, winning with final result 28-31.

Dam Flemming Larsen (Coach Denmark): I think we played a very good match in the first 40 minutes, we controlled the result, but unfortunately we made some mistakes, missed some shots in the last 20 minutes and we couldn’t win this final. The decisive factor was the speed of the Korean team, who played extremely fast, creating problems for us, both in attack and in defense.

Son Jin Kim (Coach Korea): I will not sleep for many nights after this. What a match! I would like to thank all the fans that cheered for us tonight. I would also like to congratulate to all of our players, they did amazing job. I am very proud