Korea will play for a medal 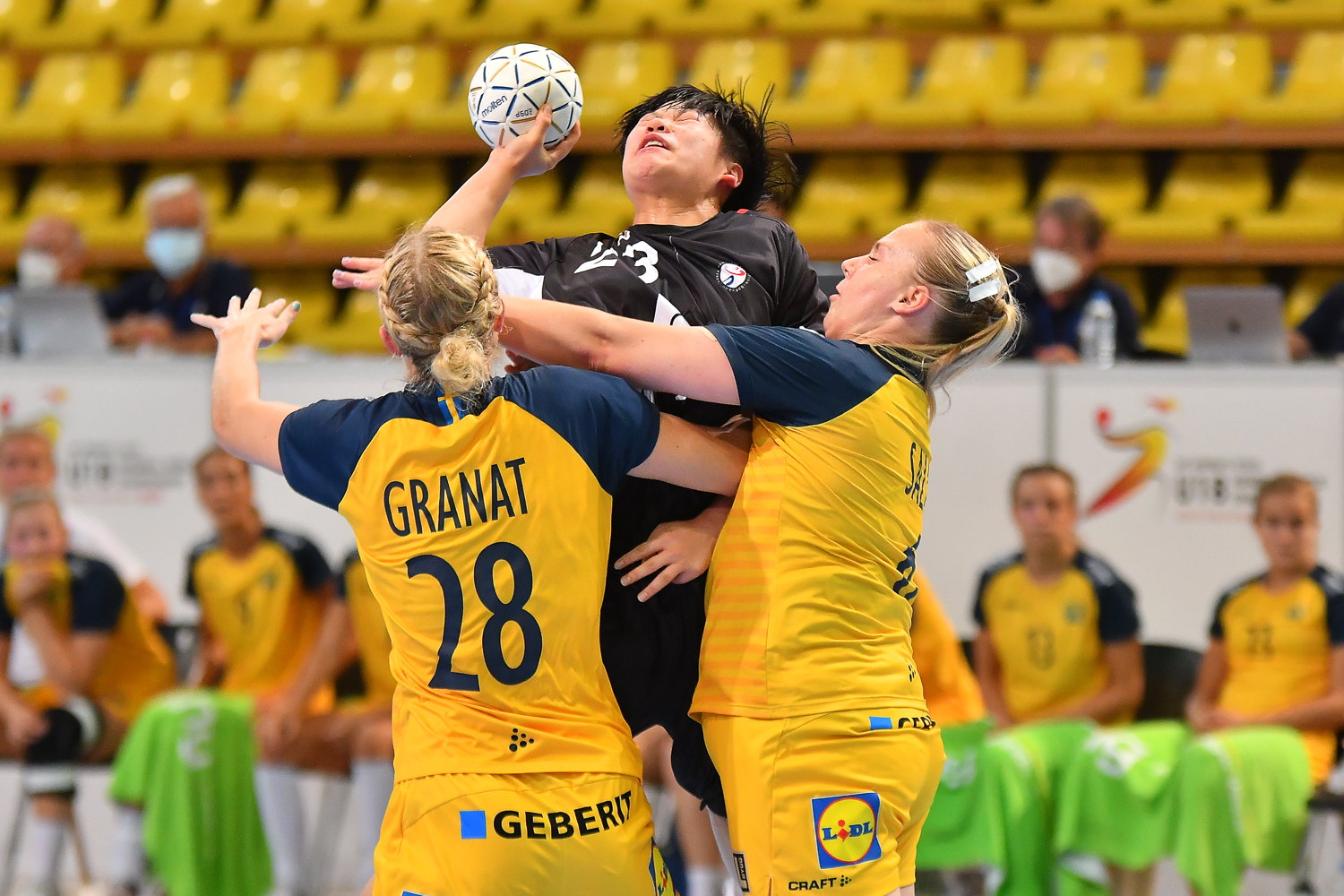 It was another fast forward mind blowing match by Korea. They gained control from the beginning and even reached a six goals advantage at one point (16-10). Ki

It was extremely hard even for physically stronger and for european standards fast players from Sweden to organize an effective defense zone. But playing too fast like Koreans did have a negative side also. They made too many unforced mistakes and that was one of the things that kept Sweden alive. Scandinavians had a nice opportunity later in the first half to come closer.

They had a three goal streak (13-16) while playing with an extra player but when the Korean team was complete again, they raised up to plus four and that was distance on the half time (18-14).

After 10 minutes in the second half Korea had a 25-18 lead, and the distance remained the same in the next ten minutes (30-23). There was still hope for Sweden as they came to 27-31 but failed in the next two attempts to reduce the gap even more. Finally it was 33-27 and Korea will play in the semifinals.

Tomas Axner (Sweden) – Korea is a very good, very fast team and it’s difficult to play against them. They know each other very well and unlike them our players came from different clubs and we didn’t have much time to play together. However we had our chances but we missed them.

KIM Eunjung  (Korea) – I want to say thanks to all my players. They did a great job tonight. Tomorrow we’ll play in the semifinals and I hope the next match will be for gold.