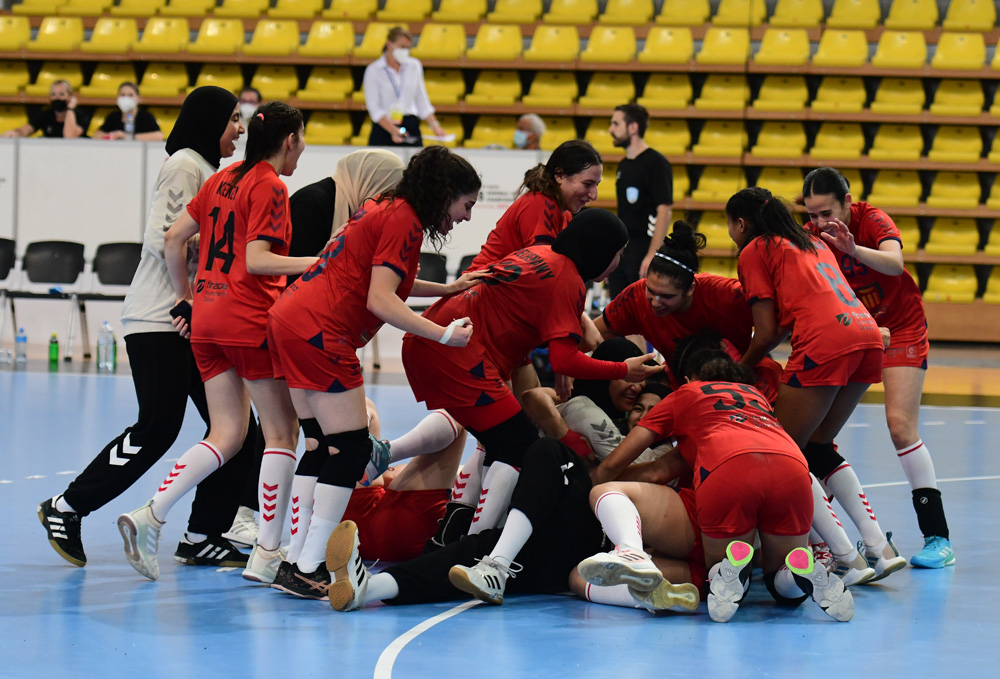 ***Player of the match – Gihad Wael Sayed from Egypt***

Last day at Women’s World Championship U18 in Skopje started with the game between two biggest surprises of the competition, Iceland and Egypt, they secured best ever finish. Seven placement won African after penalties defeat Iceland team with 33-35 (33-33, 16-12). It was big drama, Europeans missed two penalty for big joy in Iceland.

In the first half we see why these two teams are the biggest surprises. The game started with big fight, goal by goal. Iceland made first step to big lead, wit run of 4-1 had 8-5 and missed chance for plus four. African wake up, with four goals in row advantage second lead (9-10) in 18 minutes of game. But Iceland didn’t let them to continuing with same rhythm. European level up defense and everything was like before, we say much better, the result was (16-11). Iceland missed new serios chances to dabbled positive. On the break was (16-12).

Only four minutes in second half, Iceland has plus five (18-13). Europeans should open their road to win, but Egypt back on track. Both teams starting to play with counterattacks in next five minutes. It was good to see game like this. African punished opponents’ mistakes, come to 21-20 in 42 minutes of the game. In this period defenses were one level down, that’s why sow a lot of goals.

For Iceland two goals positive was not enough, African was motivated, Jude with third goal equalized (27-27) for big drama in last seven minutes of the game. One of the best players of Egypt, Inga realized for 28-29, but Iceland back for 29-29.

Mentallah scored for 29-30, on the other side Elin wan on right place 30-30, but in the end nether of teams didn’t make it, in regular time was 31-31. So, the winner was decided after penalties goalkeeper of Egypt was amazing.

AHMED FARGHALY Mohamed (Egypt) – We are very happy, this is historical result for our country. I very proud because the girls never lose motivation. They back in second half, the goalkeepers were also excellent. We deserved the win.