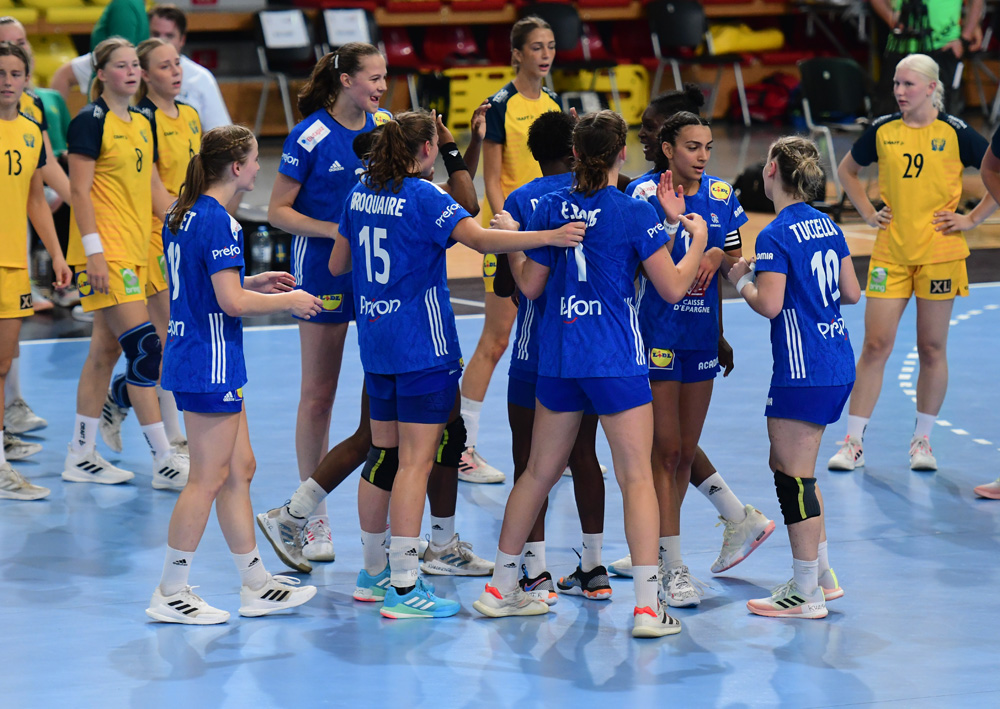 France won the battle for fifth place in the IHF Youth Women’s World Championship in Macedonia.

It look like Sweden spend their whole energy in past matches and today have strength for only 15 minutes. France however came to 8-3, 10-5, and a 15-9 lead at the half time.
In the second half after five minutes France had +10 for the first time in the match (20-10). Last 20 minutes for both teams were routine and finally France won with nine.

DE LAFUENTE Olivier: After lose against Denmark which is one of the strongest team on this Championship, our goal became fifth place. And we are happy that we achieved that goal. Today we play with Sweden which is also a very good team, country with long handball tradition. We were more focused and I am happy that w won this match.

AXNÉR Tomas: Overall I am satisfied. Last year we were 13-th, and now 6-th place. There is a place for progress. Today we had no power left to win against team like a France. They are top quality, we tried, but as i said we have no more power for a better result.