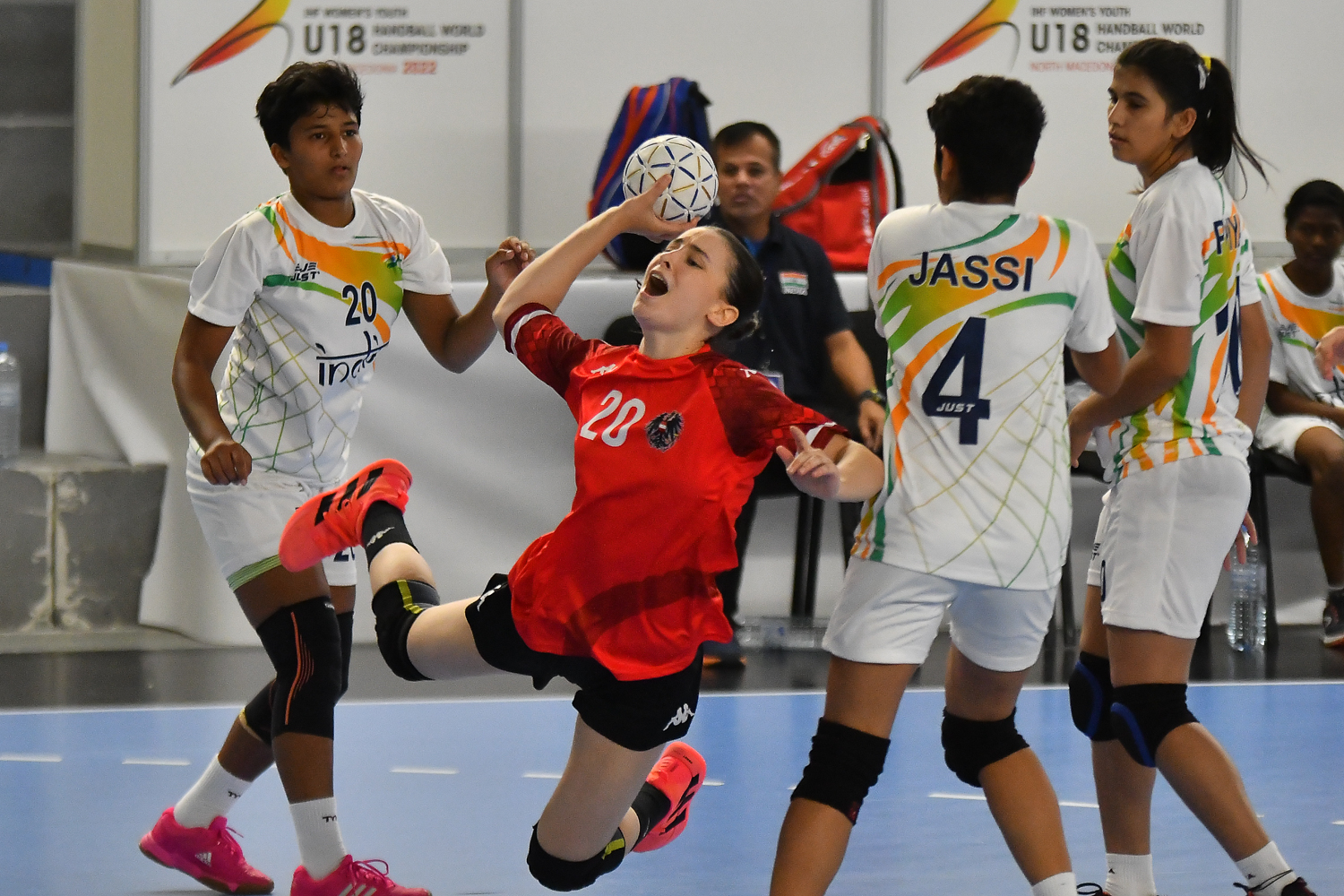 Last match of Group 2 in President Cup on Women’s World Championship in Skopje was very interested and dramatic. Austria have a chance for win, but brave India earned first point on this tournament, in last minutes scored for 32-32 for big joy.

India was looking for the first win in this Championship. Opened the game with 1-3 and dominated 20 minutes. Chetna Devi was excellent, in the first half has 10 saves, she was real leader. The biggest positive that India has was in 20 minutes, led with (10-14). After this Asians make few mistakes, enough to wake up the opponent. Austria up defense one level and back in the game.

On the half time was 15-15, result for new exited 30 minutes. But in second half Austria after 8 minutes advantage plus four (22-18). The coach, Spiridon made change, for the goal was charged, Sara Jancic. With three saves, she was the main reason for the first big lead on match.

India was trying, never give up, come to 22-21. It was very difficult, but not impossible, drama started in 48 minutes, girls with white dresses make run 3-0 for 25-25. Austria never was comfortable, India was pushing all the time. Finally, European team make big step for the win, new plus four 31-27, but motivated India back in the game again. In the last minute was 32-32. The goalkeepers Devi and Jancic saves their teams form defeat.

Simona SPIRIDON (couch of Austria) – We were preparade for this game and we played different. I can’t understand why my team didn’t play what we prepared before the match. They may not have had the pressure, but we know that India is not a bad team, on the contrary, it is a good team. I hope that in the next game will we have more respect for opponent.

SINGH Tejraj (coach of India) – We missed chance to win. We had several chances to win, but we made mistakes, we missed. Of course we are happy that we won a point.