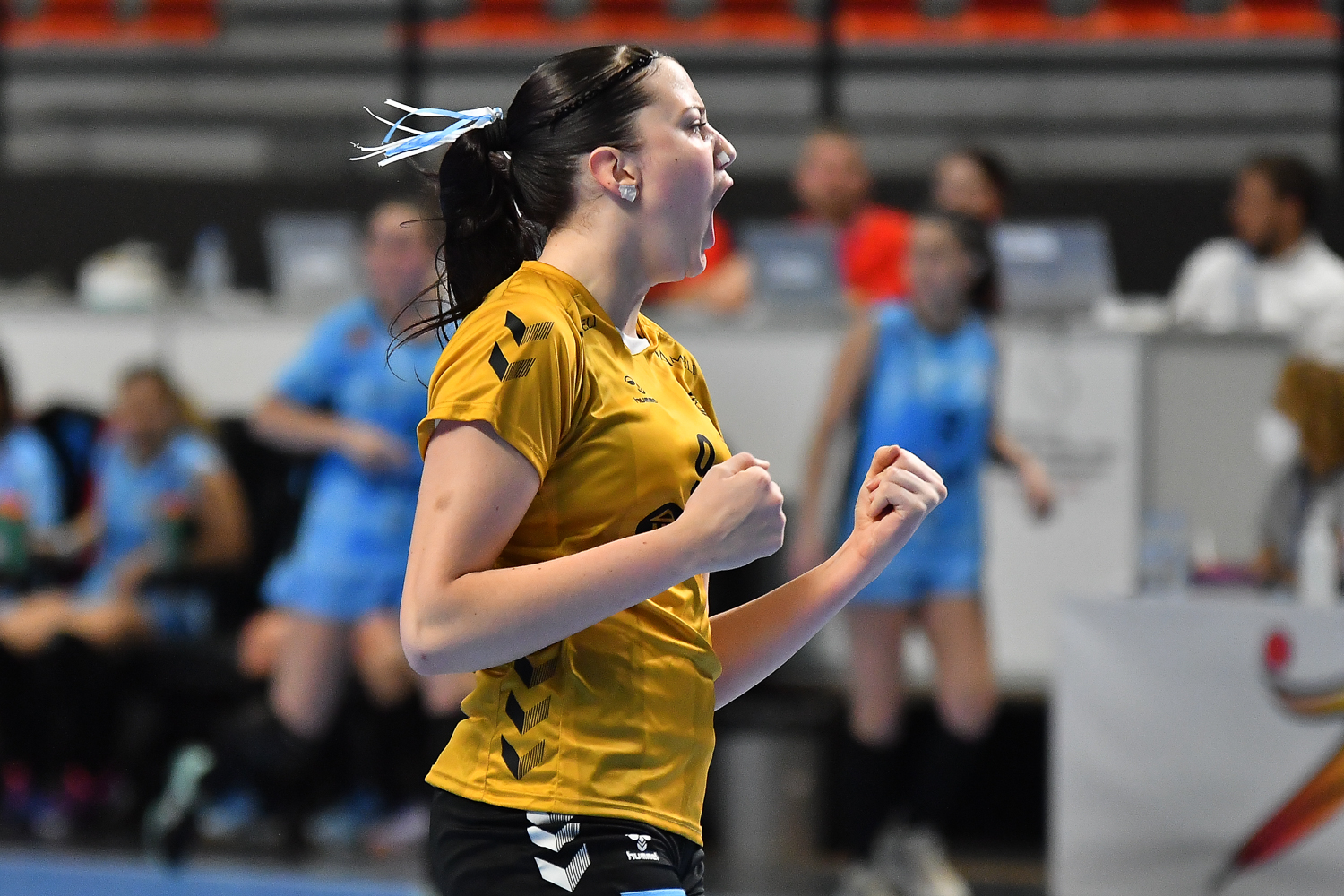 Argentina beat Uruguay (33-25) in the South-American derby in group 4 of the President cup at the IHF Women’s Youth (18) World Championship at Skopje.

In the first minutes, both teams were nervous as they made many mistakes. The goalkeepers of both teams were in a good mood, so the result on the scoreboard was only 1-1 after six minutes of play. Both teams continued with a large number of errors in the attack, so after 10 minutes of play, the score on the scoreboard at Sports Center Jane Sandanski was 2-2. In the next few minutes, the Argentinian women played well and in the 14th minute, they reached the highest plus four 2-6, after which the head coach of Uruguay had to intervene with his first time-out. After the time-out, another goal followed for the Argentine women, who reached plus five (2-7) in the 15th minute. The only one in the mood to play in the Uruguayan camp was FERNANDEZ, who scored all four goals of her national team until the 18th minute (4-8). By the end of the first half, Argentina maintained a four-goal advantage and went into the break with a 9-13 advantage.

The Uruguayans opened the second half better and quickly returned to the match with a 5-1 run, equalizing at (14-14) in the 38th minute. The Argentine women managed to pull themselves together after the initial shock and in the 47th minute to regain the advantage of plus four 16-20. The Argentine women continued strongly and in the final seconds, they reached the highest plus ten 19-29 for the first time.

WHC U18 STAR OF THE MATCH: Martina Tajes (Argentina)

Rodrigo Manuel Olalde Fernandez, the head coach of the Uruguay:

This was a difficult match for us because the opponent plays at a high level. We opened the second half well, but then our opponent played well and deservedly won.

We played excellently in both halves and for enough of the game in the whole championship and matches against top teams like France, Hungary, Spain and the Czech Republic.