A draw in the very interesting match between Iceland and Montenegro 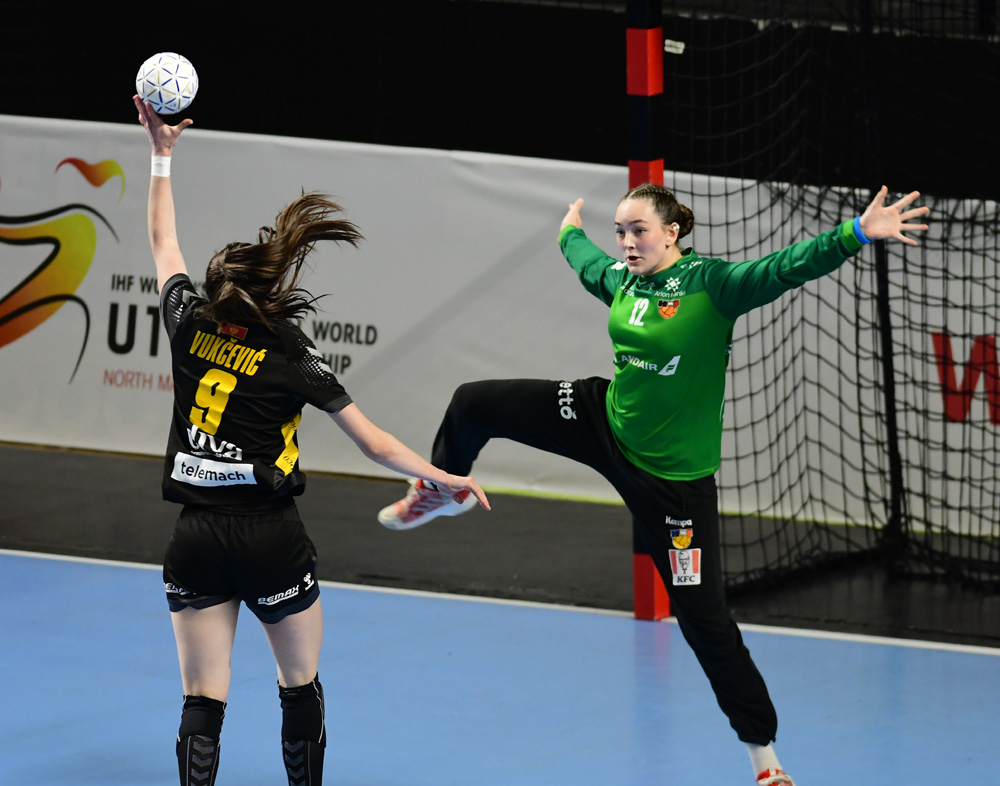 Iceland was a better team in the opening minutes, claiming an early two goal lead (3-1, 4-2). Montenegro equalized 4-4, but then came the second suspension of Mitrovic after less than ten minutes of play, which created problems for this team. Iceland knew how to take advantage of the situations, as the “blue and white team” built another lead. Montenegro coach Savic took a timeout at 7-5 for the opponent, but Iceland played better after this minute of break, taking a 9-6 lead two minutes later. However, the Montenegro players didn’t surrender, they started playing much better defense at the and of the half, equalizing 10-10 and even taking a 10-11 lead in the 30. minute, when Nada Micevski scored her penalty. Iceland scored in the last attack of the half, equalizing 11-11 just seconds before the end of the first period of the match.

Iceland team had two suspensions at the beginning of the second half, but Montenegro didn’t take advantage of it, as result stayed equal (14-14) until 36. minute. Iceland didn’t score a single goal in the next seven minutes, as goalkeeper Marija Marsenic was fantastic for Montenegro. However, the Montenegro team scored just one goal in these six minutes, before the Iceland coach decided to take a timeout (14-15, 43. minute). Iceland played much better in attack after this short break, equalizing to 17-17 with ten minutes to go in this match.

There was no goal in the following six minutes on both sides, as defense worked perfectly for Montenegro and Iceland. Raznatovic finally scored for an 18-17 lead for Montenegro, Iceland equalized in the next attack, but Montenegro created a great chance to win the match after a penalty with 14 seconds to go. However, Vukcevic couldn’t score from seven meters as Iceland got the last attack and a chance to win this great match. However, the Montenegro managed to defend the last attack of the opponent, with this match finishing with a draw.

Agust Thor Johannsson (Coach of Iceland): I am very satisfied with my team and the way we played today. Montenegro is a very good team and they also had a great defense, but we played very well in these 60 minutes.

Maja Savic (Coach of Montenegro): A draw is a good result because this was a great match between two quality teams, but as a coach I always want to win. My players were very good in defense, we managed to stop the middle back, who is the main player in the Iceland team. We didn’t have too many control games prior to this championship, so we have falls in certain parts of tha match, but I believe we will play even better in the next games.