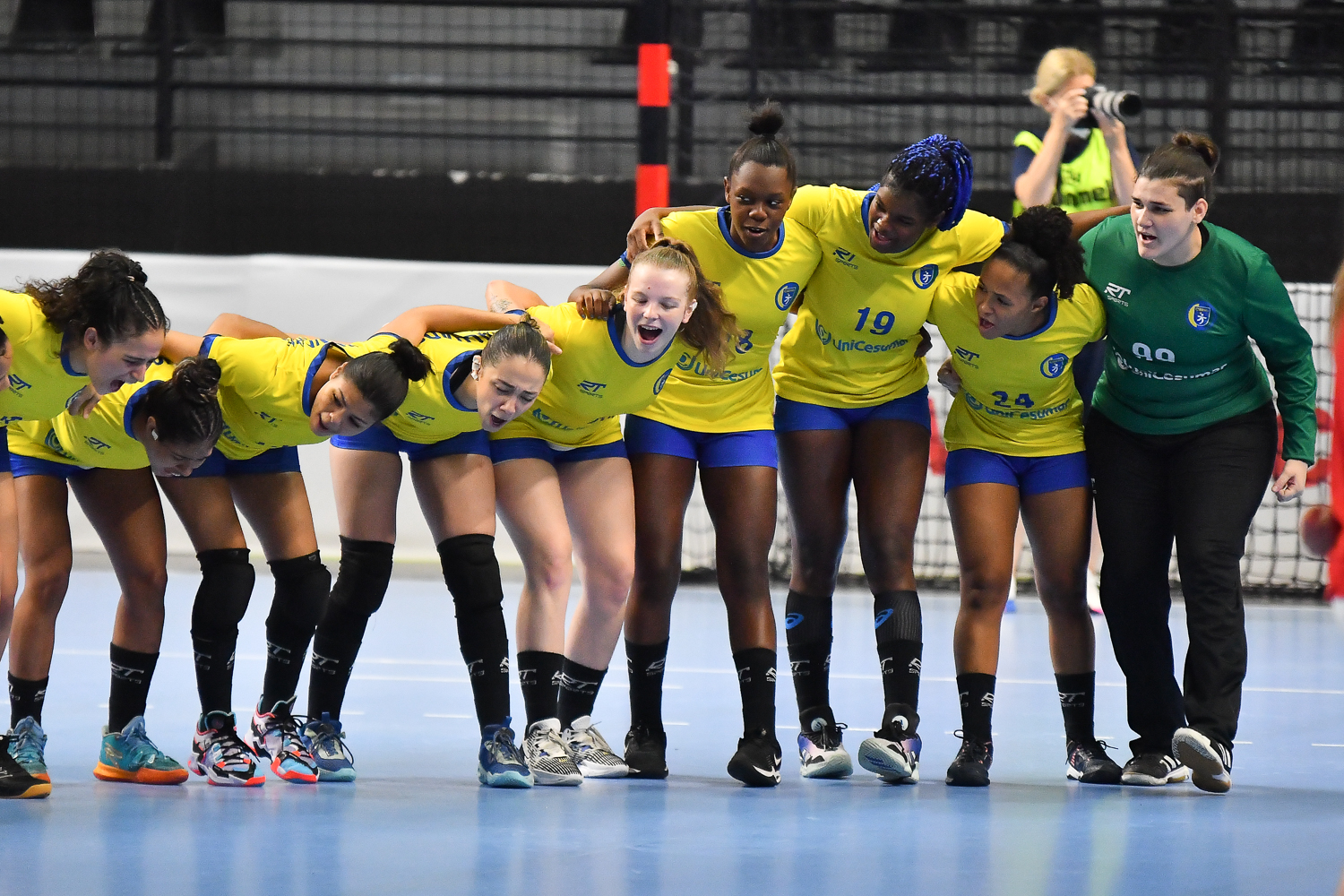 Iran had a great start and 7-2 lead after 17 minutes of the match. Brazil fought back and managed to reduce the gap to two goals at the half time. Iran once again was in charge in the second half and after 50 minutes they were leading by three (22-19).

But Brazil put big pressure in the last ten minutes. Kelly Rosa with three goals out of four for Brazil in only two minutes, turned the result to 23-22 for Brazil.Then MVP of the match Borges tok responsibility and with a total 7-1 streak brought victory for Brazil.

ANTONUCCI Carla   (Brazil) – We played badly in the first half. But as time went on we improved and in the second half we were able to take control and win this match.
—