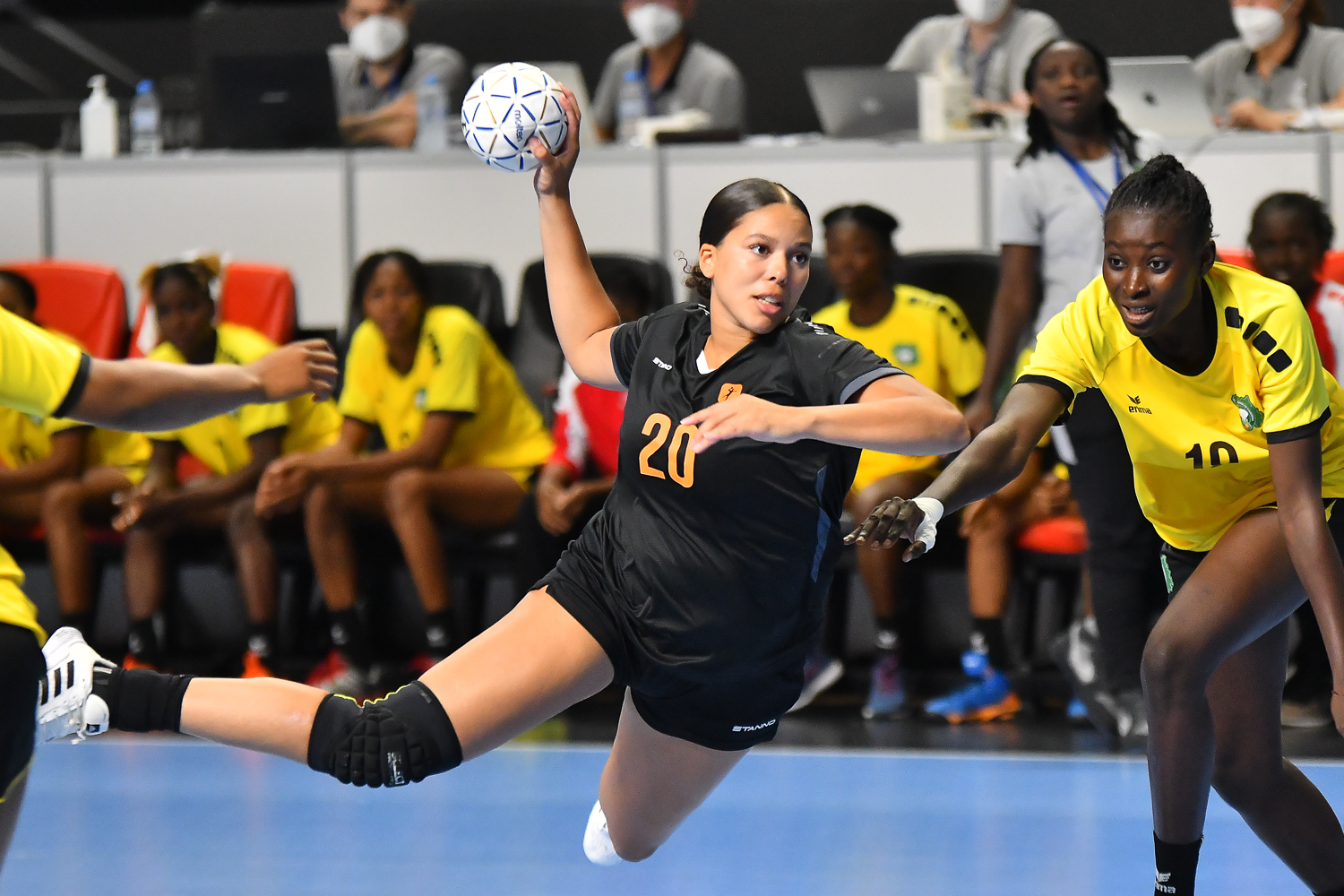 The Netherlands defeated Guniea with 33-20 to stay perfect after two games in Group E at the IHF’s World Championship U18 in Skopje. With this win, they are already in the main round of the tournament with one game to play.

The European side started dominating from the opening minutes and led 5-1. Guinea showed a little spark of their quality when they made a 0-3 run after 20 minutes to get to 12-9 when Mariama Bangoura started scoring and making wonderful assists. The Netherlands is just too good to let their lead slip away so by the end of the first half the result was 19-13.

The second half of the game was one-sided. The Netherlands dominated and just kept increasing their lead. They reached double digits lead after 43 minutes when the result was 25-15. Guinea didn’t have the energy from the first 30 minutes and the favorite showed no mercy. The girls in black and orange after a 4-0 run had the biggest lead of 14 goals difference or 30-16.

The game ended with a routine display from the European side but Guniea showed a lot of bravery and fighting spirit. The end result was 33-20.

Ricardo Clarijs (Netherlands head coach) – „I like how Guinea plays, they showed a lot of energy into the game, they want to fight all the time and put their hearts. We had some trouble with that but I’m really happy that we won. Now we have to play against Romania, a team that also has a lot of quality, this game is our main objective. After that, we will think about the main round“.