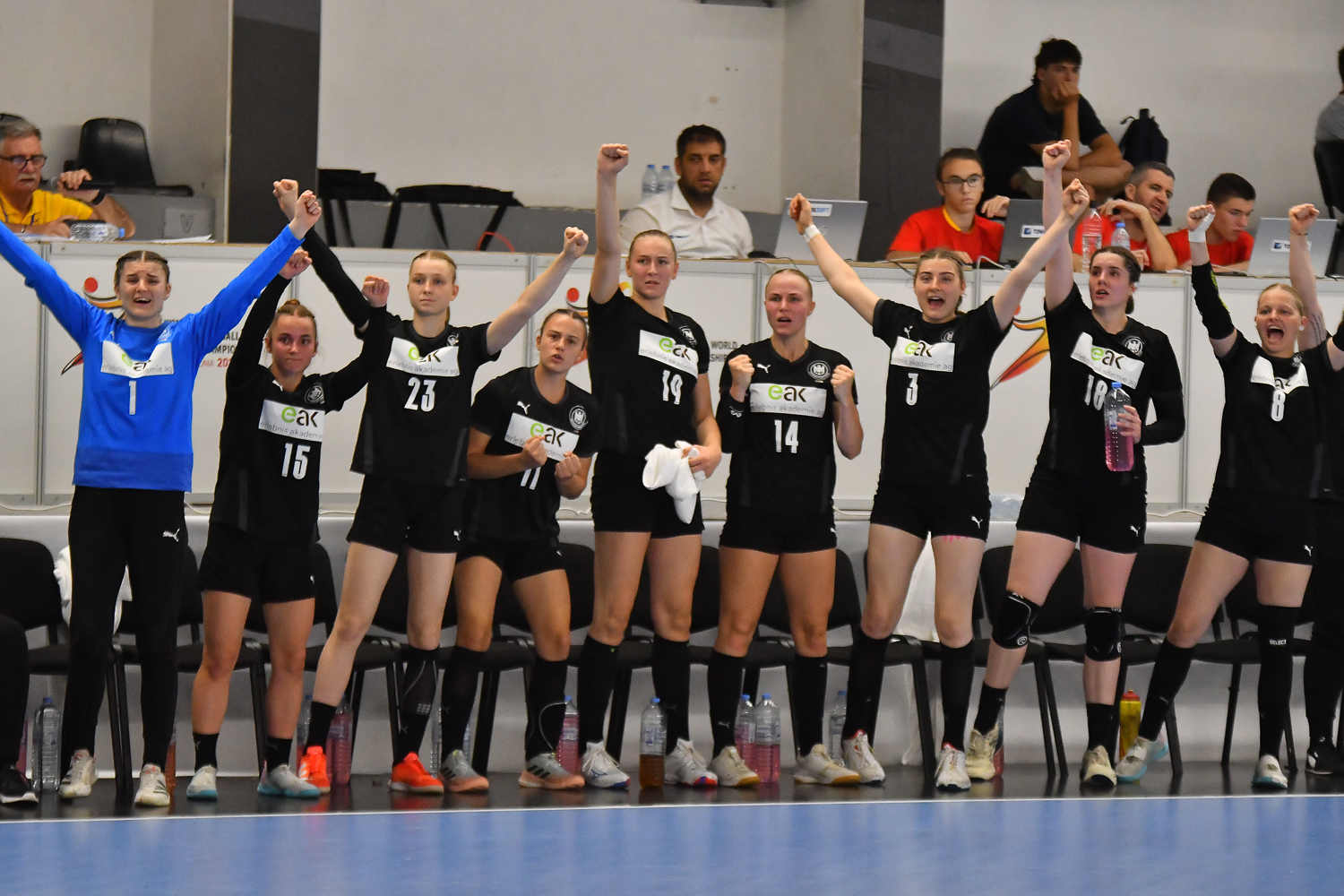 Germany started the game with a fast 2-0 lead, but the Swiss quickly returned, equaling the score 3-3. The Swiss coach called for a timeout at 5-5, but this didn’t give the result he wanted. After the timeout, Switzerland players made mistakes in attack, and the German team knew how to take advantage of it, claiming a three goal lead (8-5). The Swiss once again managed to come back, they came as close as 11-10, but then came the real problems for them. The German goalkeeper Weiss started making fantastic saves, giving confidence to her teammates who started playing perfectly also in attack, scoring five goals until the end of the first half and going into the break with a big six-goal lead (16-10).

The dominance of the German team continued also in the beginning of the second half, taking a 19-12 lead in the 35. minute. The Swiss tried with a timeout, but it didn’t change anything on the field, as German’s defense was working perfectly and the “black and whites” built a 10 goal lead (22-12) in the 42. minute of the match.

Suter finally scored in the 43. minute to stop the German goal-streak (23-13), but by then the winner of this match was already known. The Germans easily controlled the result until the end (), securing a place in the Main round, where they will meet Netherlands and Romania.

Eugenius Smits (Germany): Our defense was the key, we played perfectly and didn’t allow the opponents to score any easy goals. We totally controlled the match for 45 minutes, at the end they tried with seven on six in the attack, they managed to reduce the goal-difference but the winner was already decided by then.

Jurgen Fleischmann (Switzerland): We are very dissapointed because this wasn’t our best match. When you play against Germany you must take your chances and we missed too many shots from good positions today. We know we can play much better and that is why we are so sad tonight.