The drama between Romania and Netherlands finished with a draw 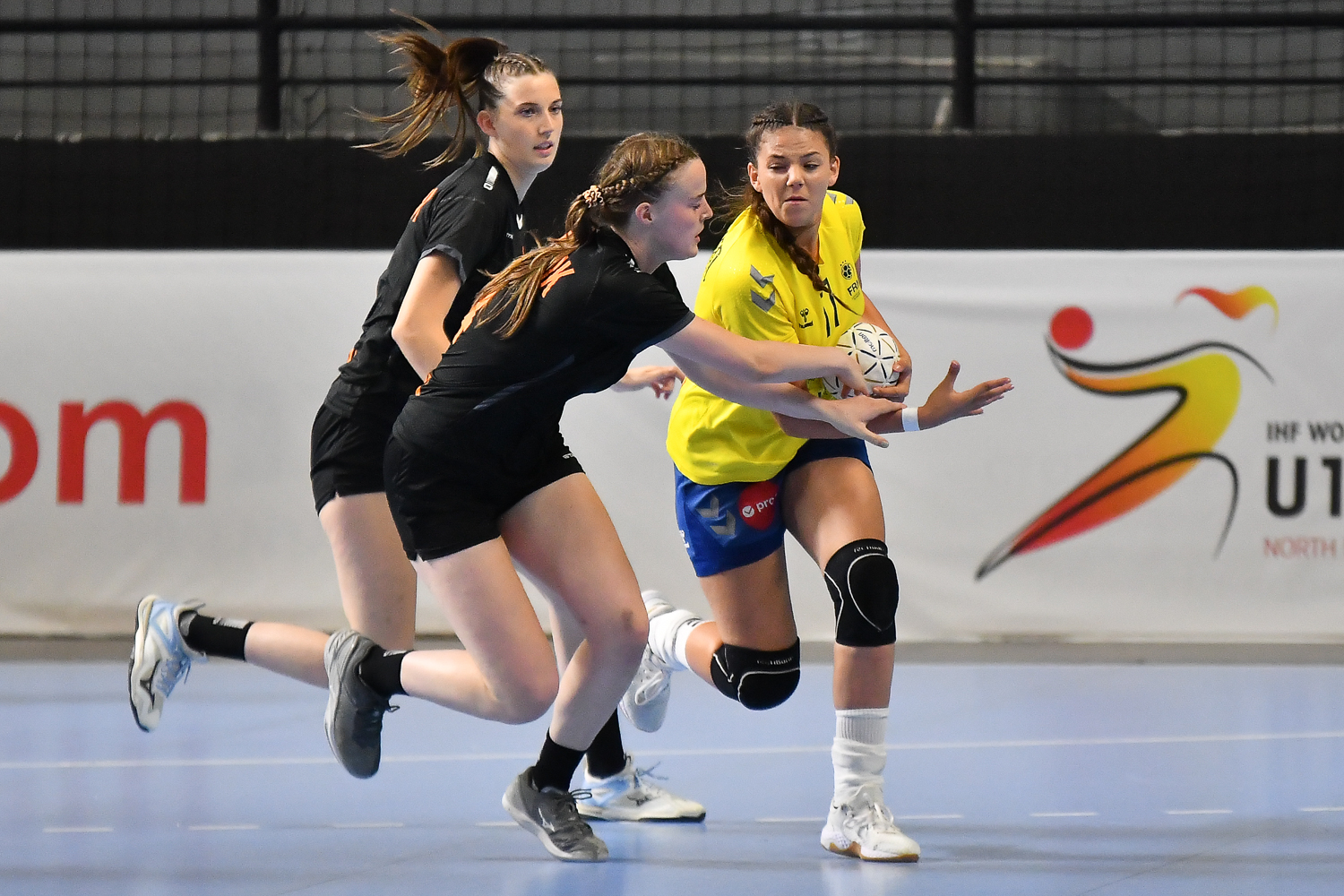 Romania and Netherlands draw 29-29 in the third round of Group E at IHF’s World Championship U18 in Skopje. The two teams progress to the main round with one point each.

The Netherlands had the lead at the beginning but Romania quickly answered. After a 4-0 run Romanians took the lead with 8-4. Their biggest lead was 11-6. The girls in black and orange had a good run at the end of the first half and managed to cut the deficit to 15-14 but Romania scored the last goal before the final whistle of the opening 30 minutes for 16-14.

In the opening 10 minutes of the second half, there was a real battle, but the Romanians made many mistakes, and the Dutch girls took advantage to turn the result in their favor to 19-21.

The Netherlands was in control of the lead and had 23-26 ten minutes till the end. Romania fought back and drew level 28-28 two minutes before the end. It was a real drama at the final moments and Netherlands had the last attack but Jalisha Loy scored after the buzzer and the match ended 29-29.

Jalisha Loy from The Netherlands was voted Player of the match.

Aurelian Rosca (Romania – head coach) – „We had our chance to win this game but we simply did too many mistakes“.

Ricardo Clarijs (Netherlands – head coach) – „In the first 20 minutes we didn’t play a good match. We were a little bit shy in the attack. Romania had a good transition and scored thru fastbreaks. We didn’t have luck with some decisions from the referees and we made some bad choices and missed two penalties. In the end, we need to be happy because we were player down at the last moments of the game and Romania didn’t score. We had the chance to win but in the end, this is a fair result“.