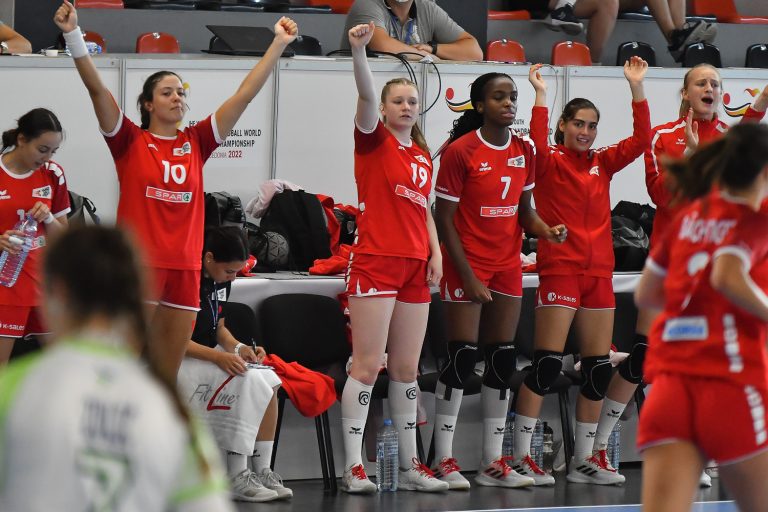 Switzerland and Czech, finish their mission in Skopje. Early today they played last game on Women’s World Championship in Skopje. This duel won Switzerland with 31-23 (12-14) and finished tournament on 21 placement.

It was very interesting game, with changes of results, Switzerland played good in second half, that was the key for big joy in the end.

Czech players opened first half with two goals (2-0). On the other side, Switzerland made run of 5-1 and lead with 5-3. New run, but this time for the girls in white dresses, means new change of result. Czech find really tactic for the opponent and starting to play much better in defense and also increase realization. Lead wit plus three (8-11, 9-12 and 11-14), on the break the result was 12-14.

In the second half, picture and the start were same like last 10 minutes of first part. Switzerland was trying to back, after 11 minutes the result was plus four 20-16. Opponent was with without one player in this period, make a lot of mistakes and missed good chances.

Wizurova with saves wake up her team, in the middle of second half was 20-18. Czech was pushing all the time, but girls in red dresses despite technical mistakes, advantage plus seven 28-21 (biggest lead) in 55 minutes. This was the end of this game.

ALBERTSEN Martin Fruelund ( Switzerland) – We played very good game today, especially in second half, the defense was very good. We have a lot of easy chances counterattacks. We can be match better in this tournament, but round with Korea and Germany was not easy.

HAPKOVÁ Ilona (Czech) – Every game in Skopje was part of our education. We had three points after group phase and only by the average of the goals we didn’t make it in Top 16. It was not easy to motivated the players to play again. Today we lead in the first half but after in second half we didn’t have energy and motivation. Girls give up, it was very hard.