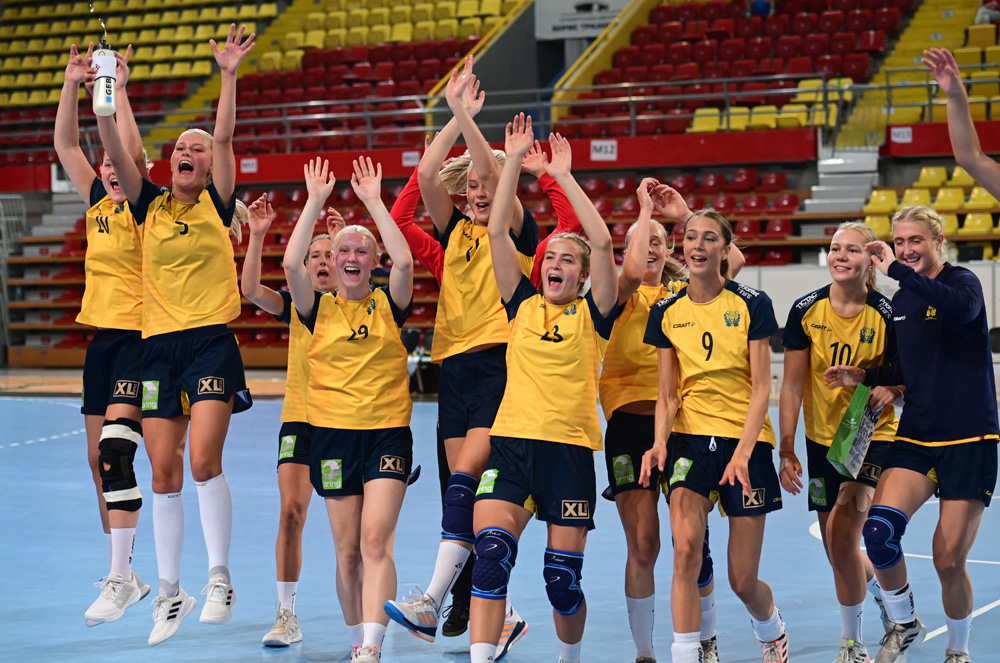 Swedes did their job, humiliated Iran (39-19) at the IHF Women’s Youth (18) World Championship in Skopje and now they wait for the results of the last game between N. Macedonia and Iceland so they know their destiny in the Group 1. The team from Europe won against Asians with a big-difference gap, so they took over the #2 spot in the group that leads to the quarterfinals over Macedonians because of better goal difference. Iceland win gets Sweden a spot among the best eight teams at the WC U18, but draw or other outcome takes Macedonians to the next phase.

Game in Skopje started great for Iranians. The result was 4-4 after ten minutes in SC „Boris Trajkovski“, but after that everything was in favor of Swedes. Iran had huge problems in the attack, they could not score for more than fiveteen minutes, so that Sweden made a huge difference and went up to 11-4. It was also the goalkeeper Ella Johansson who made the difference, by saving four attempts towards her goal. Iran finally ended the goal-drought in the 24th minute, thanks to Fotovati (12-5), gap that stand until the half-time (15-8).

Second half started in favor for Swedes, who went just up. First two-digit lead was 18-8 and Iran could not handle the pressure by the opponent anymore. Team from Asia lacked rotation and could not manage the absence of two handball players who did not participate fully because of injuries. In the end, Sweden won by 20 goals difference.

Tomas Axner (head coach, Sweden): „We did our job and made our goal to be in game for the quarterfinals. I am satisfied how my handball players played the game, but we now wait for the outcome of the match between N. Macedonia and Iceland. We have been stressed at the beginning, but easy counter attack goals made us get a huge gap later in the match“

Maryam Rezaeiyan (head coach, Iran): „Today’s game was good even if we lost. I have seen my players trying to fight and score goals. We will try to get a better placement now in the future games and compete with everyone“