Superior Slovakia with victory over Senegal 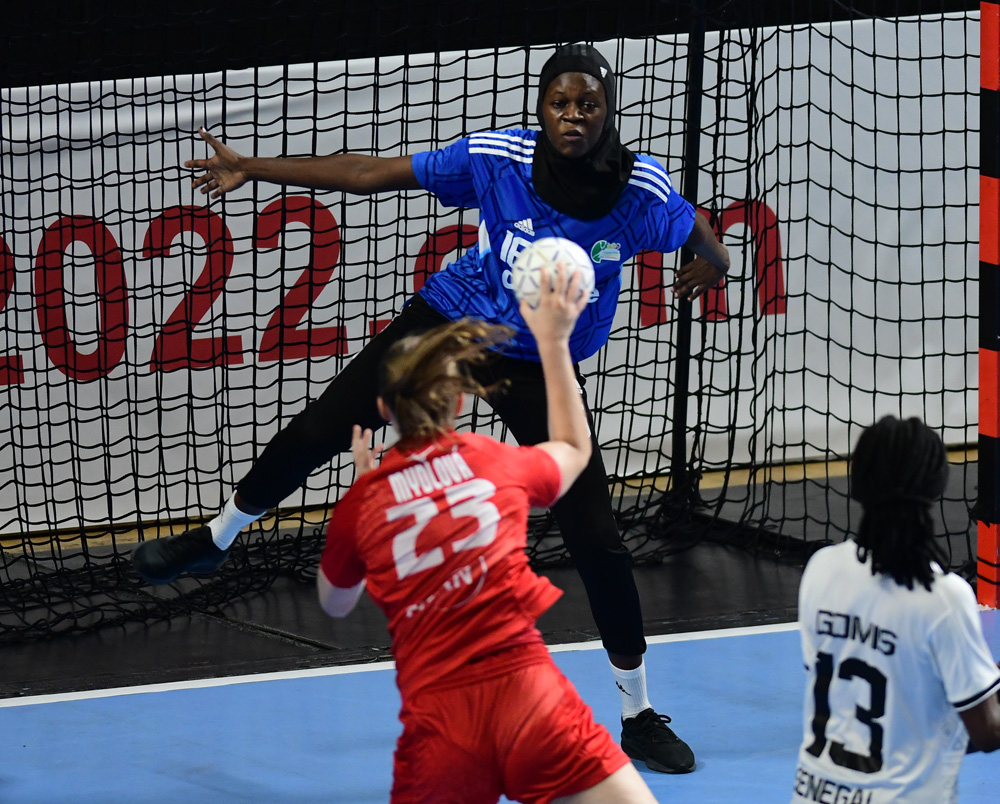 ***Player of the match – Dorota Bacenkova from Slovakia***

Senegal took an early 1-0 and 2-1 lead, but it didn’t take too much time for Slovakia to turn the result around, taking a 5-3 lead in the seventh minute. The African side started to lose control, had more and more trouble to score, so the Senegalese coach had to call a timeout in the 15. minute (5-9). The situation on the field didn’t change, Slovakian team continued to dominate, taking a 13-7 lead after a missed penalty from Senegal. Kebe scored from seven meters to halt the Slovakian run for just a minute, but Senegal suffered another problem after a serious injury to Gomis, who didn’t return on the field until the end of this match. Slovakia easily increased the lead to eight goals, going into halftime with a 19-11 advantage.

The second half began with an even better tempo from the Slovakian team, which scored seven goals in seven minutes, taking a 26-13 lead. The winner of this match was already decided, so both team played without any pressure in the last 20 minutes. Senegal scored three goals in a row and cut the opponent’s lead to ten goals (27-17).

As time went by, Senegalese players started losing strength, making mistakes in attack, which the Slovakian team used to score some easy goals from counterattack, for a 36-20 lead with ten minutes to go. Bothe coaches called timeouts in the final minutes of this game, but not much changed, as Slovakia easily controlled the result, winning with a final result 41-25.

Cherif Tall (Coach of Senegal): This was not a good match for us, we didn’t play our best handball, I hope for a better in our next game.

Robert Popluhar (Coach of Slovakia): This was a good match and a deserved victory for our team. I want to congratulate the girls, who played very good in defense, also scored many goals in attack and I must be satisfied with the way we played today.