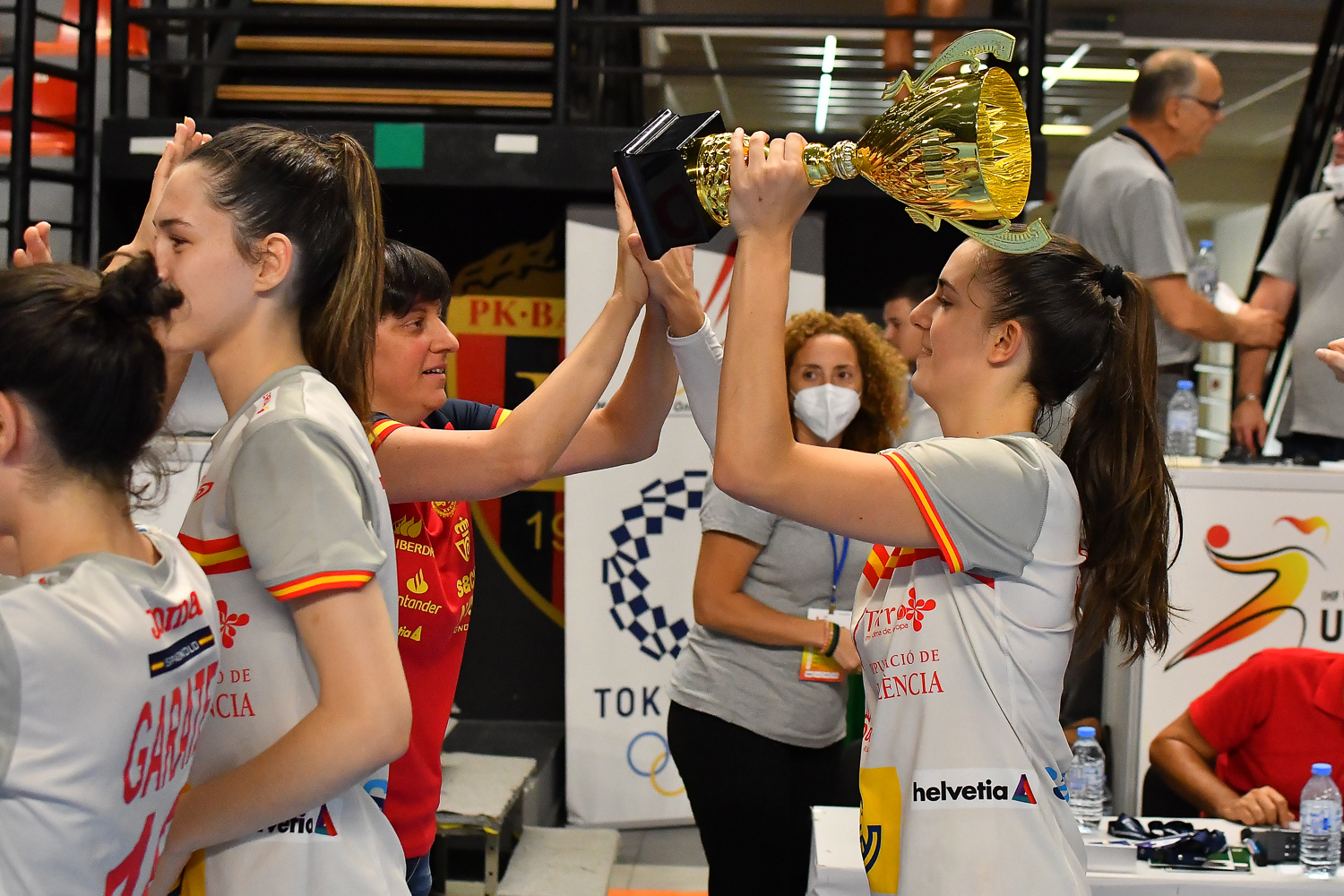 Spain won the President Cup at the IHF’s Women World championship U18 in Skopje after they won against Montenegro 26-20.

It was a game with few goals in the opening 15 minutes and the result was just 6-2 for Spain. Montenegrins had difficulties in attack and their opponent knew how to take advantage. At half-time Spain led with 12-9

At the beginning of the second period, Spain quickly went six goals ahead with 16-10. But Maja Savic’s team didn’t surrender and fought hard. Montenegro had a 3-0 run 12 minutes until the end to make the game more intense with 19-17.

Spain quickly reestablished their lead with seven goals (25-18) five minutes before that buzzer and seemingly put the game to rest. The final result was 26-20.

Pablo Perea Villena (Spain head coach) – „This maybe wasn’t our main goal but we are happy. We woke up after two difficult losses in the group stages. I’m happy for the girls and for this trophy“.

Maja Savic (Montenegro head coach) – „We didn’t play good, my girls were tired. We tried but we made a lot of technical mistakes. With so many mistakes and misses, you can’t win against a school team not against Spain. Simply we had that kind of a day. We worked hard, but the opponent didn’t give us something new, they didn’t surprise us. They were just better prepared mentally. We made mistakes that we knew we should work on, but when your legs don’t work it’s the same with your brain“.