Spain is the second finalist in the President’s Cup 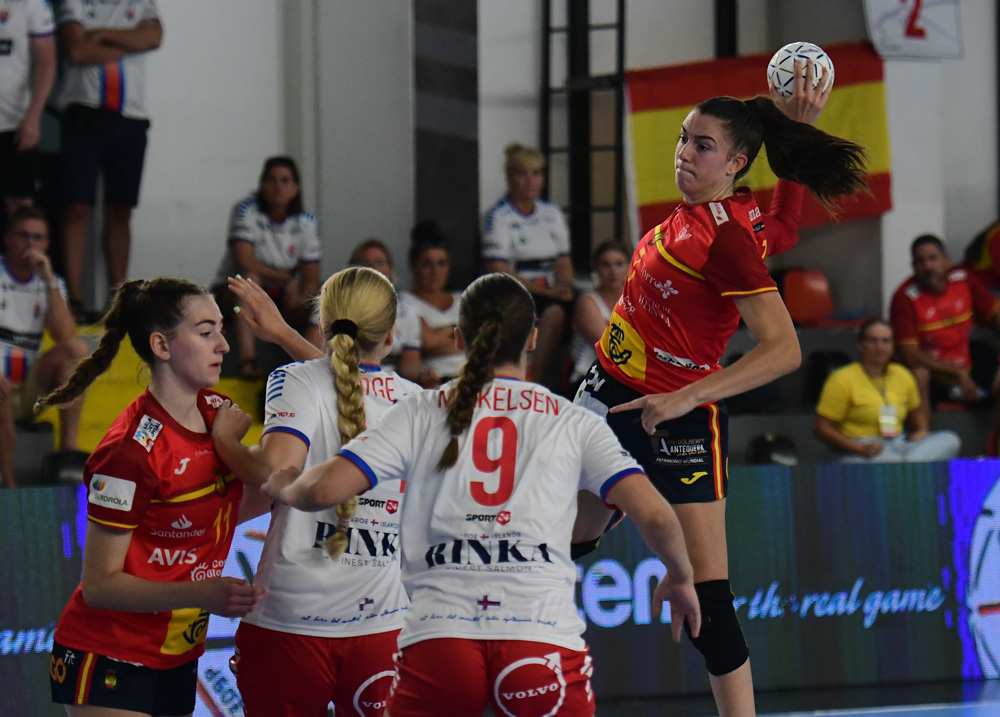 Spain is the second finalist in the President’s Cup at the IHF Women’s Youth (18) World Championship in Skopje, after they beat Faroe Islands in the second semi-final with 23-36.

The match started effectively on both sides. Both national teams played without a defense. Eight goals were scored in four minutes, and Spain had a 3-5 advantage. The Spaniards strengthened their defense, and in the attack, they continued furiously, which in the seventh minute brought them plus four for the first time (3-7), after which the head coach of the Faroe Islands had to call his first time-out. Even after the time-out, Spain continued with the excellent game, with which it reached plus six (3-9), after ten minutes. Plus nine (8-17) was the biggest lead for the Spain in first 30 minutes. The first half ended with 11-19.

Spain reached double digits in the 32 minutes of the game when the score was 11-21. Until the end, the Spaniards only routinely brought the match to the finals 23-36. In the final of the President’s Cup, Spain will play against Montenegro.

WHC U18 STAR OF THE MATCH: Blanca Benitez Narvaez (SPAIN)

We are sad and disappointed because we did not expect such a big defeat. Tomorrow we have a match with Slovenia, we hope for a better performance than today and that we will manage to win the 19th place at the IHF Women’s Youth (18) World Championship in Skopje