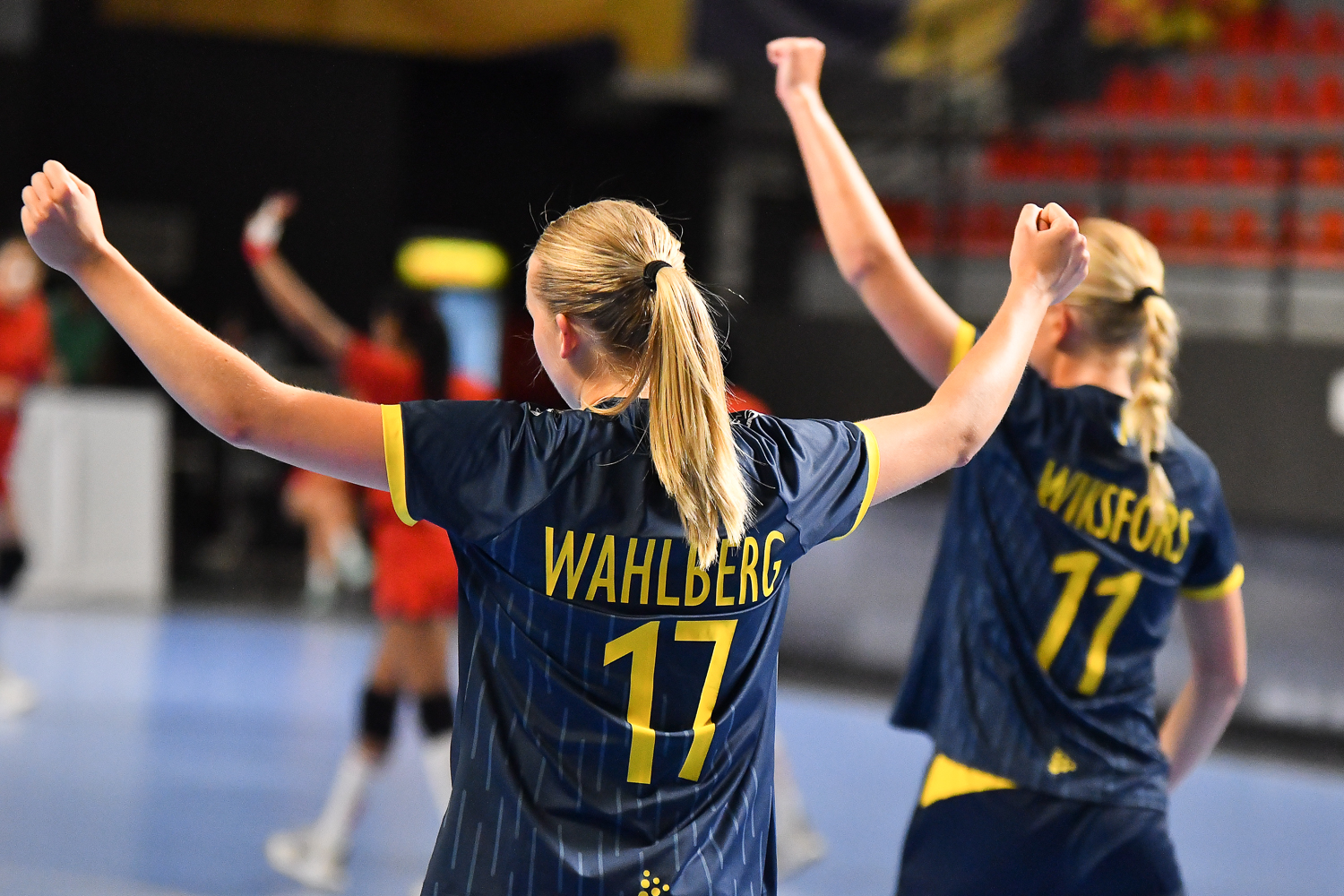 Sweden will fight for fifth place at the IHF’s World championship U18 in Skopje after a hard-fought win against Egypt 30-27. The Scandinavian team will meet France on the last day of the tournament.

It was an even game for the most part of the sixty minutes but Sweden showed more experience even after the were missing four players for today’s match because of stomach virus. Egypt led through the opening 15 minutes but the European team responded with a 3-0 run to take the lead with 12-9. At half-time, it was 14-13 for Sweden.

The second half didn’t change much because Sweden had the lead and Egypt was the team who chased the result. The African nation pushed hard and managed to get equal with 21-21. Sweden wasn’t scared and responded well in attack. They led right until the buzzer after Egypt made a couple of rushed mistakes in attack.

Stina Wiksfors from Sweden was voted Player of the match. She had five goals from five attempts. Freja Wahlberg scored six times and Stella Huselius had five.

Mariam Omar Ibrahim with eight goals was the best scorer for Egypt.

Mohamed Ahmed Farghaly (Egypt head coach) – „It’s all about experience and we were exhausted. We played to big games in a row and we tried to do our best. The girls did a very good job“.

Tomas Axner (Sweden head coach) – „It was a very difficult game for us. We were missing four players. They stayed in the hotel after eating some bad ice cream or something and they couldn’t play today. Our best defensive player got injured after 15 minutes. We only had 9 outfield players. So I’m very proud of the girls. They fought a lot and the players who stayed in the hotel normally play a lot. I’m very proud of the girls and what they did today. I think the deciding was that we managed to score some easy goals in counterattack and also we were maybe a bit lucky. We play against France next and i hope everybody will be ok for this game. Tomorow is a rest day so we can prepare for this game. Playing against France is a grat opportunity for education. Korea yesterday, Egypt today and France on Wednesday and everything is about education and experience they learn a lot and we are going all in to be number five in the world“.