Sensational Korea will fight for the world’s gold! 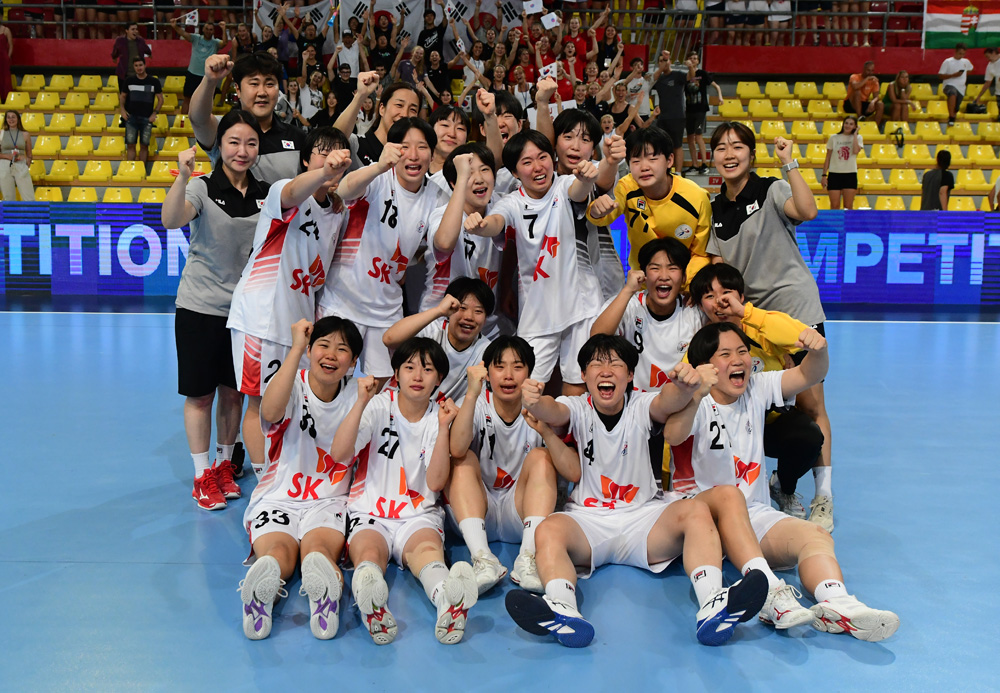 South Korea has played another sensational match at the IHF Women’s Youth Championship in Skopje and won in the semi-final against Hungary (30-29), so they book a match for the world gold against Denmark.

Goalkeepers of Korea and Hungary opened the match in a great way. Klara Zaj and Gayeong Kim were perfect, and that is why teams were always close. It was 3-4, then 4-5, and for the first time of the match, Hungary lead by two when it was 5-7, thanks to Petra Simon – she scored four times in that period. But, Korea bounced back when from 8-10, because of two misses in a row by Hungary, has drawn the result (10-10) and after that, Koreans served a great combined kempa for 13-12, Kim scored for 14-12. Koreans that have shown a super-fast game kept the lead until the half time (17-16).

It was Hungary that opened the second half better and took over the lead with four goals in a row (18-21), but Koreans after a time-out got back into the game 20-21, and after Gayeong Kim saved two shots in a row, Cha did not use a penalty to make it draw, but Minseo Kim corrected that for 21-21, with 20 minutes left in the match. After ten minutes the score remained equal, even though Hungary had a lead of two at some time of it (24-24), and the main problems for the Hungarians started when Csernyanszki received a two minutes suspension. Koreans used the extra-player on the court with two goals (26-24), and the key step to the win, Asian selection has made when their goalkeeper Kim saved a key shot, and that is why she got the MVP Award.

Enjung Kim (head coach, South Korea): I am with my students for eighteen years, and this is my best match here. Every moment that was difficult, my players answered very well. I want to thank to them. Tomorrow we will play a final and will fight for the gold medal. We play different handball from Europeans, so someone sees Korea as weird. That is why we have an attractive point and I love that the audience cheered for us. They will be our force at the final, too“