Scaglione and Johansen shining as Denmark goes past Austria 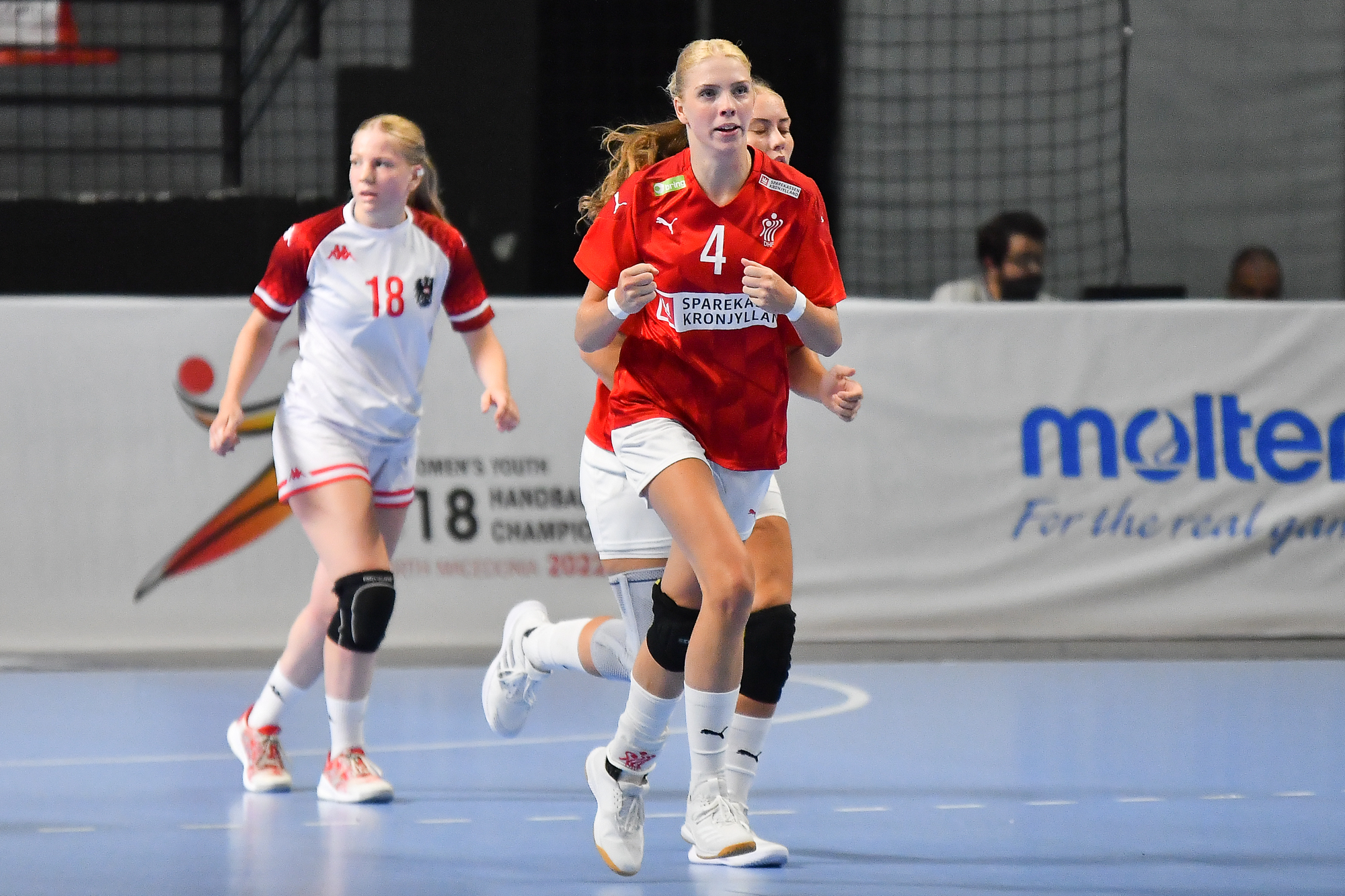 Denmark had a great start at the IHF Women’s Youth (18) World Championship in Skopje and won against Austria (32-20) in the match in the 1. round of the Group C.

Danes started the game as planned. Lead by phenomenal left back Julie Mathiesen Scaglione, Scandinavians had the game under control from the beginning. It was 4-1 for Denmark after the first five minutes, and Austria did not manage to score for next four minutes because of a three technical errors and turnovers in a row. In the 10th minute, Denmark had 9-3, then, it was 12-4, and at the half time the difference between both teams was nine goals (18-9), because of the fact that Austria missed a lot of open shots in front of the opponent’s goal.

In the 34. minute in the second half, Denmark got their first double digit lead (22:12) with Anne With Johansen being an enigma for the opponent’s defense. Even though there were 15 minutes left in the match in Skopje, the big-gap difference between both teams (27-13) at that period has clearly shown who is going to be a winner in the opening game for both teams. All players from the Denmark’s roster scored in this match (except #17 – Julia Due Holtorf).

Flemming Dam Larsen (head coach, Denmark): „It was a nice game for us. I think that we played very good in attack. Defense was a little difficult in the second half, but I am very happy that we started with a win. Also, I am happy because every player that was on the field has scored a goal. I hope we keep going on that path, that is how I like us to play, as a team“

Simona Spiridon (head coach, Austria): „It was a tough match for us. We tried to do everything that we can, but Denmark was very strong. I hope that next game is going to be better one for us.“