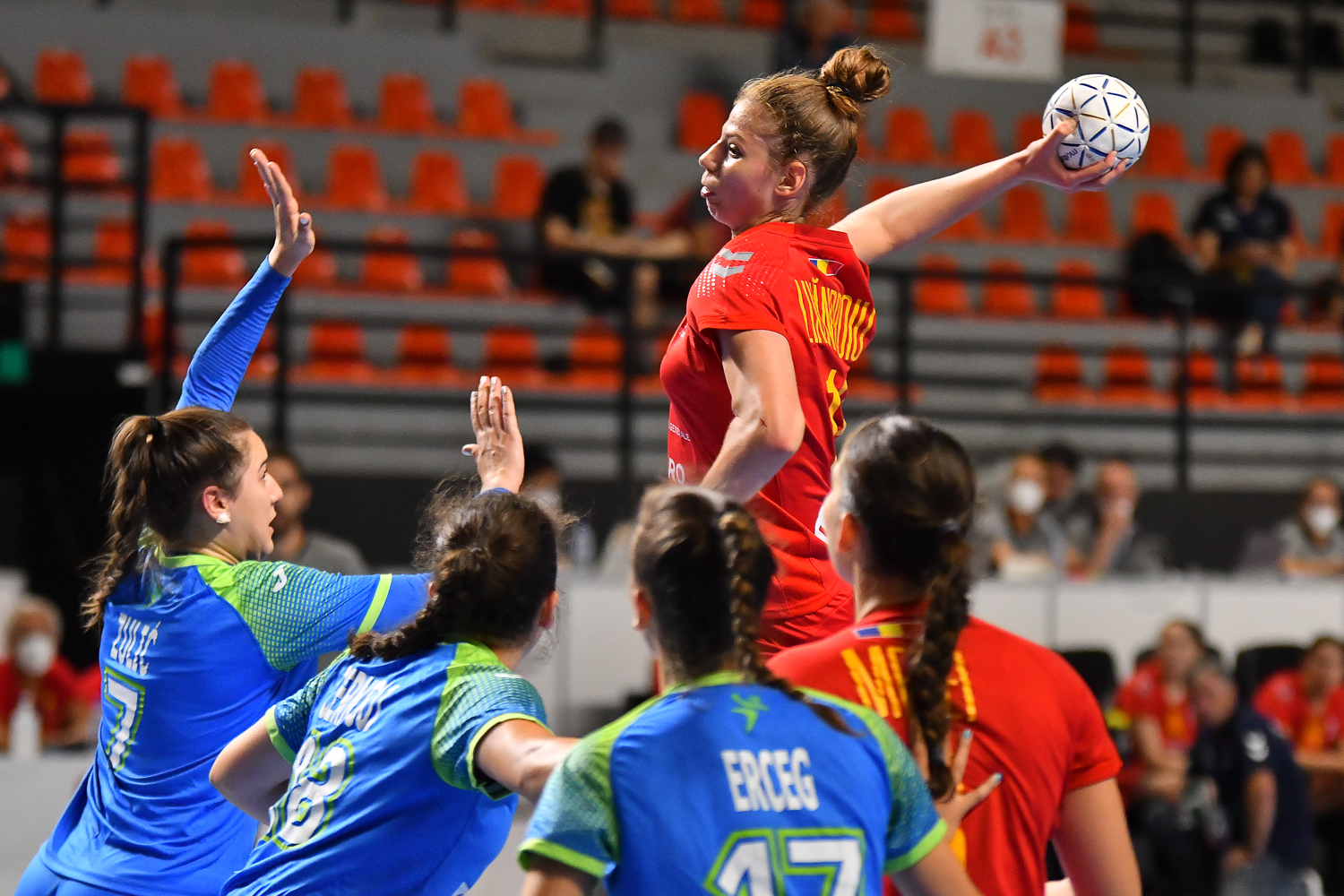 Romania started the match in great tempo, creating big problems for the opponents in the opening minutes. The Romanians had an early 4-2 lead before Slovenia came back and equalized the result (5-5). However, the Slovenians couldn’t keep up with the strong defense of the Romanian team, which regained the two goal lead (11-9). Slovenian coach Hren decided it is time to call a timeout, but it didn’t bring too much difference in the Slovenian team, as the problems in attack continued. Slovenia couldn’t score a goal from open play (managed to score three penalties though), in the last nine minutes of the first half, trailing 12-15 on halftime. Maria Diana Lixandriu was fantastic for Romania in the first 30 minutes, scoring seven goals.

Slovenians player better at the beginning of the second half, cutting the lead to 14-16, before missing a great chance from counterattack which was saved by goalkeeper Neagu. Romanians quickly regained their momentum, going into a new goal streak, getting a 22-17 lead before the Slovenian coach called a timeout.

Neagu continued with more great saves, as Romania had a six goal lead for the first time in the match (25-18, 45. minute). Romanian dominance continued as the “reds” quickly built a nine goal lead (27-18). The rest of the match was just a routine for the Romanians, coach Rosca changed many players to keep the strength for the next games, as 12 different players scored at least one goal for Romania in today’s victory, together with goalkeeper Neagu who scored the last goal of the match, for a victory of 35-25.

Borut Hren (Coach Slovenia): I don’t have too many things to be angry about to my players. They did quite a good job, but the opponent was stronger in duels and used this strength to get a big win. However, I am satisfied because we played much better game than in the first round against Netherlands.

Aurelian Rosca (Coach Romania): Looking at the result you would say it was easy, but we had many problems in the first half, many missed opportunities. However, we managed to play better second half and get the victory. Tomorrow is another match for us, against Netherlands with different style of play, I expect us to play very good also in this duel.