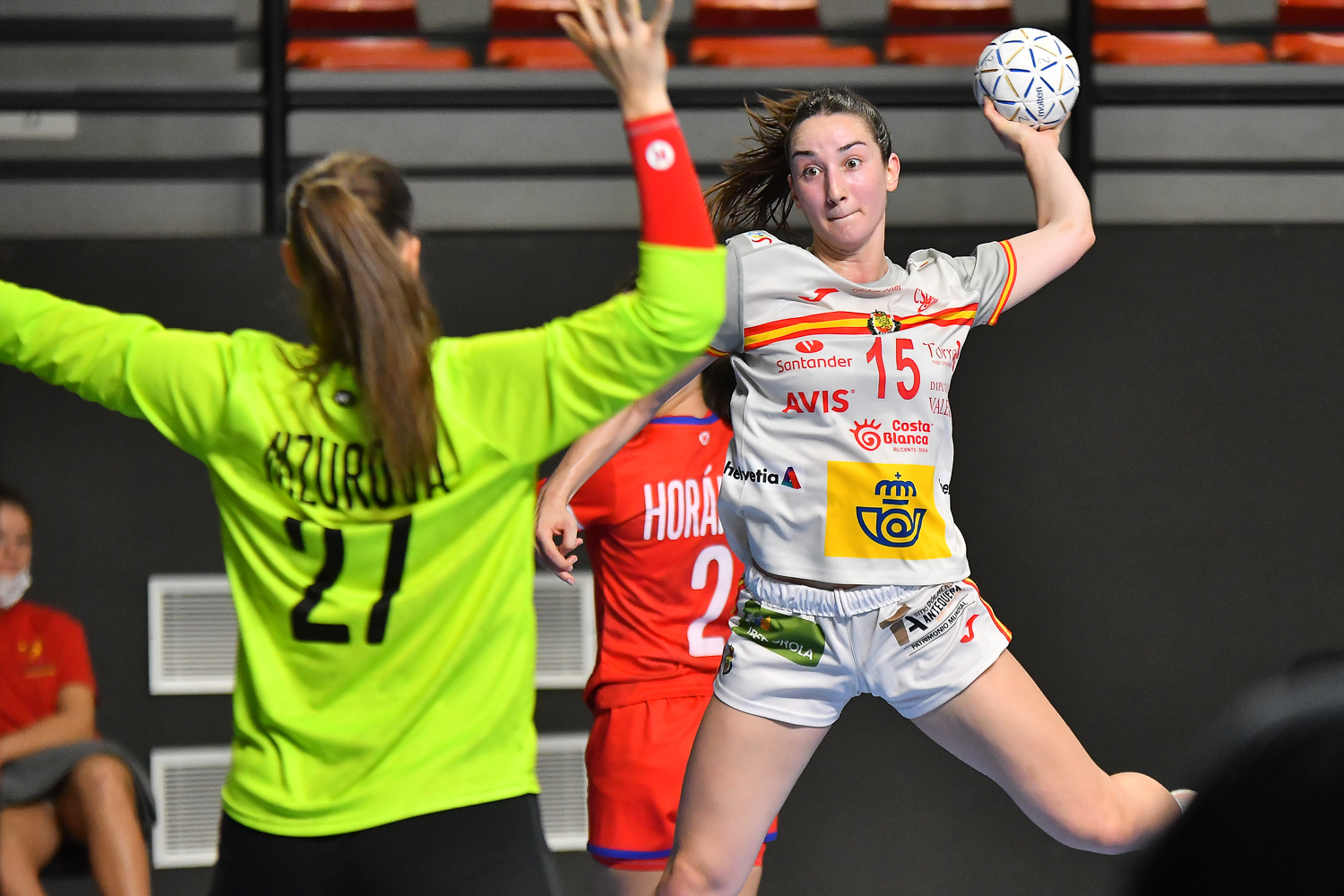 Spain beat Slovakia (24-36) in the last game of Group 4 in the President cup at the IHF Women’s Youth (18) World Championship at Skopje and advances as a leader to the next phase. Spain opened the game better and after five minutes of play, they already had a plus three (1-4). The Spaniards continued with the excellent game in defense, which led in the eighth minute to reach the highest plus four 1-5, after which the coach of the Czech Republic had to react with his first time-out. After the time-out, his national team played better and at the start of the 13th minute, they managed to reduce the score to 5-7, which was followed by the first time-out of the Spanish women. The Spaniards seemed to get angry and quickly thrown into a higher gear which led to 26. minutes of play to reach the highest at that moment plus eight (9-17). By the end of the first part, the Czech Republic managed to reduce one goal and leave at the break with a deficit of seven goals, 12-19.

Nothing changed in the second 30 minutes and the Spaniards just kept scoring. The biggest lead of the game for Spain was 22-35 in the 56th minute of the game. Another highlight of the second half is the severe knee injury suffered by Czech handball player MAZANKOVA in the 53rd minute. The match ended with the final result of 24-36.

WHC U18 STAR OF THE MATCH: Paula Bartolome Perez (Spain)

Ilona Hapkova, the head coach of the Czech Republic:

This game was very bad for us. In the first five minutes, we didn’t catch five times the ball and we received an easy goal. It was very hard to come back for us. MAZANKOVA suffered a serious knee injury and will be taken to hospital at the moment.

It is difficult for us that we will play for 17th place, but that is life and that is handball. We started a solid match, especially in defense. That was the key to our victory. In the second half, the game was tied. We are going to the semi-finals of the President’s Cup, which we hope to win.