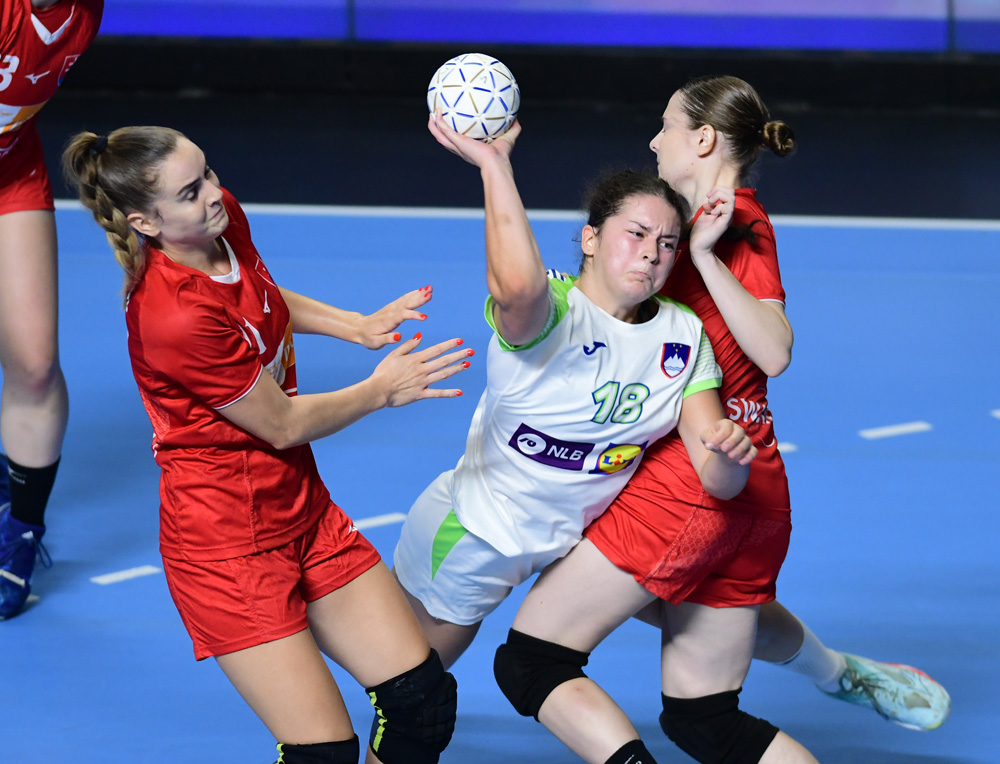 The game between Slovenia and Slovakia was second from group 3 in President Cup in Women’s World Championship U18 in Skopje. Slovenia earned two points and will stay of the top of Group, after wining the dramatic game in Sports Centre Jane Sandanski with 33-30 (19-17).

After three minutes in the second half, Slovakia with two goals and one save of Jakubikova come to 20-20, but Slovenia very quakily back two goals plus (22-20). This positive was not enough, opponent back on track, each team was playing goal by goal.

Slovakia led for the second time in the 43rd minute (25-26). Dijana Đajić returned her team, with three saves in row, Slovenia was leading with plus 30-27 in 53 minutes and 32-28 in the last two minutes for big joy.

***Player of the match – Nika Ocepek from Slovenia****

BORUT HREN (coach of Slovenia) – A very important victory. We started the second part of the championship well. I am satisfied. Congratulate for all players, we must enjoy the magic.