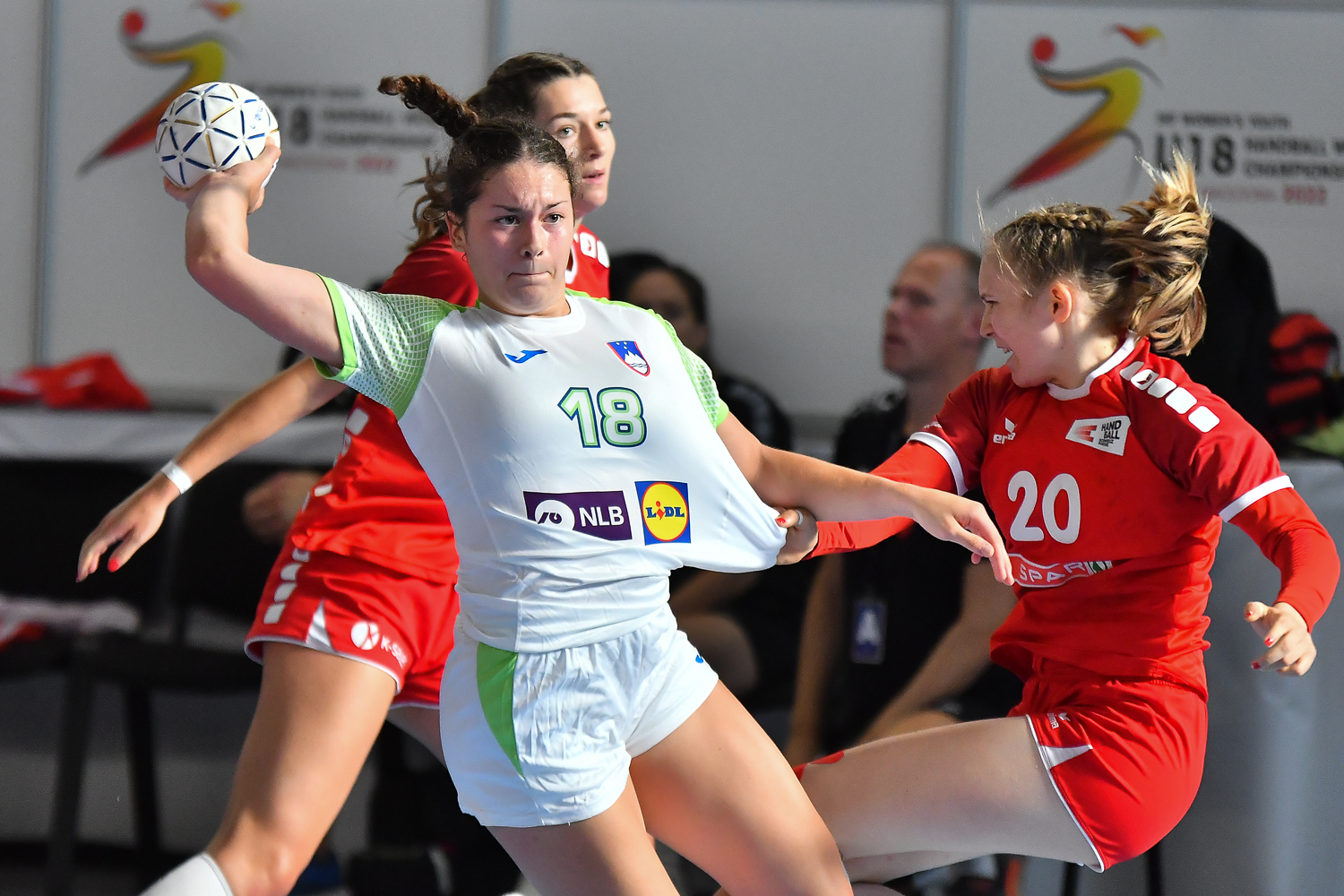 ***Player of the match – Dijana Đajić from Slovenia***

The situation in group 3 was quite straightforward before start of the game, because both teams have four points. So, after win today 32-23 (17-13) Slovenia will fight for 17-20 placement on President Cup of IHF Women’s World Championship in Skopje. Switzerland is going to the 21-24 placement group.

Couch Borut Haren and his players make good analyze of the opponent. With strong defense they closed Switzerland attack and after 15 minutes advantage plus six 9-3. On the other side girls in red dresses has few shiny periods, who were not enough to back on the track. Hartz make two saves, and her team with two goals in row come to 11-8 14-11, but nothing more. On the half time the result was 17-13.

In the second half, Slovenia needs five minutes to achieve it plus eight 22-14. It was clearly who would win. Slovenian players in 41 minutes already have high 25-15. So, nothing significant happened until the end.

For Slovenia it was third win in Skopje, for Switzerland was third defeat.

Borut Hren (coch of Slovenia) – Fantastic fame, the girls played phenomenal. I have no words for them and their good game, we deserved this big win. We go on, to make better place in President Cup.

Martin Albertsen (couch of Switzerland) – If don’t know how to win one to one, we didn’t have chance to win games like this today. This was the worst game on tournament.