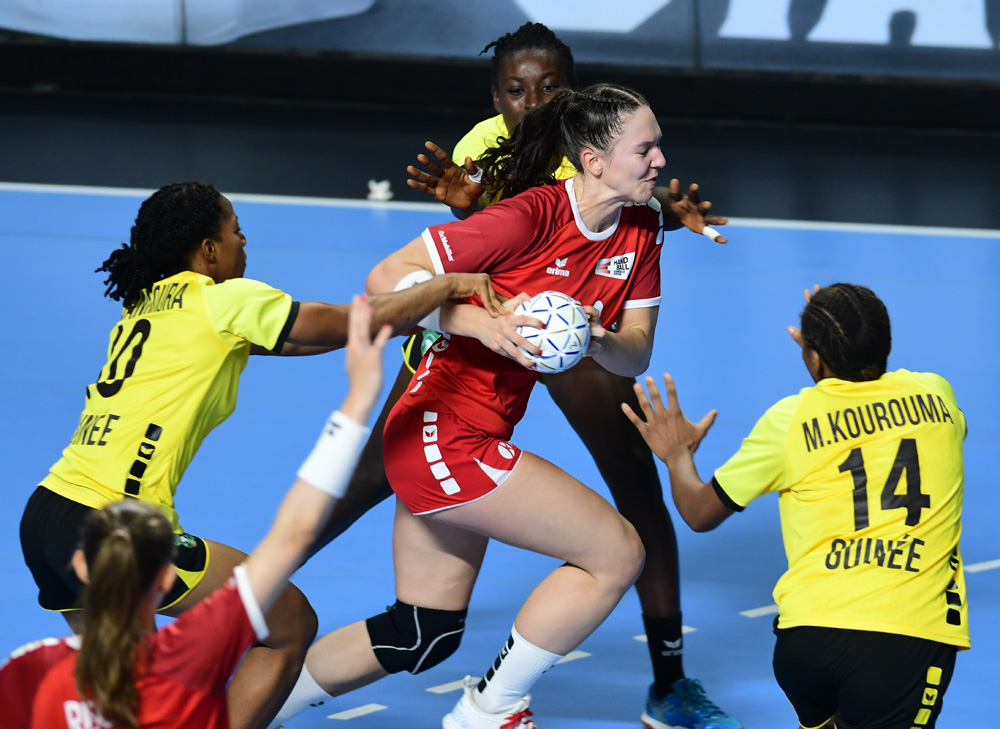 The two teams how are debutants in IHF Women’s World Championship entered with big motivation. Switzerland after missing the chance to reach main round have only wish, better place in President Cup. On the other side, Guinea was looking for the first win in Skopje, today this dream didn’t become reality, because whole points go to Switzerland, they won the game with 32-22 (18-11). Now this teams have 4 points.

The girls in red dresses were very strong opponent for them. Only first minutes were equalized, after 2-2, Switzerland make run 3-0 for 5-2 and caught the rhythm. With strong defense and lot of mistakes of Guinea, Switzerland dabbled advantage on plus 10 (18-8) in 28 minutes of the game. On the half time was (18-11).

In last minutes of first half and start of second, Guinea scored four goals for (18-12), but nothing has changed. Favorite team, didn’t let surprise. Guinea was trying very hard despite big motivation. Switzerland with superb defense was stable, it was one-side game.  In 49 minutes, the result, second time, was plus 10 (23-13).

Guinea will be looking first points next game, hope that on debut World Championship will win one match.

***Player of the match – Alessia Riner from Switzerland****

FLEISCHMANN Jürgen (Switzerland) – It was not easy game. We needed time to focus during the match. We were better, but everything was fine in the end.