Portugal prove to be too good for Faroe Islands 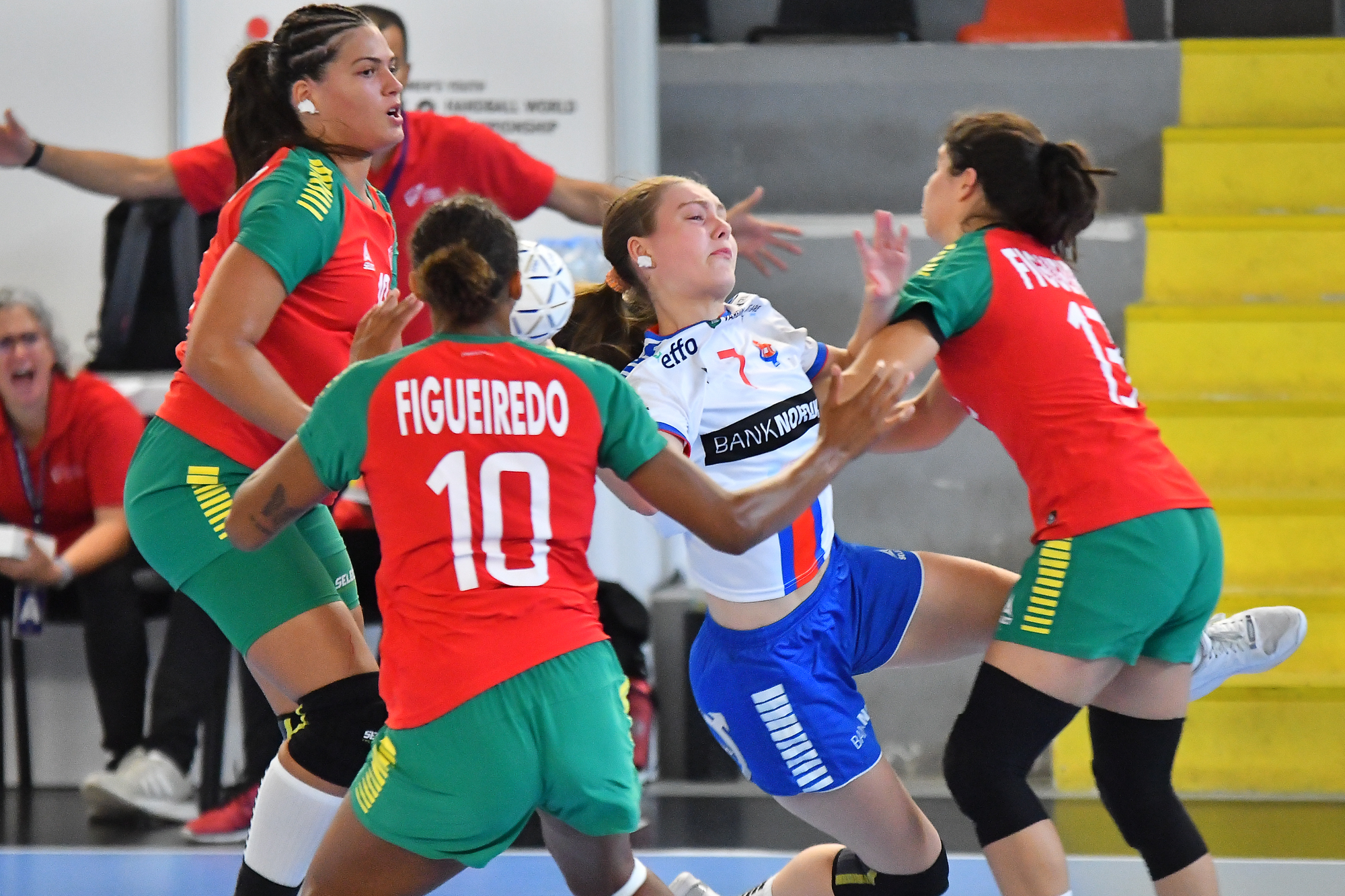 Faroe Islands were better team in the opening minutes of the match, claiming an early 1-3 lead after penalty goals from Lukka Arge. Portugal players started playing better defense, goalkeeper Matilde Rosa collected nine saves in the first half as her team managed to turn the result around. The back line Sequeira – Rebelo played great, as the Portuguese team took a 10-8 lead.. Faroe Islands managed to get back in lead just for a short time (11-12), but the Portuguese players finished the first half with great defense, going into the break with a two goal advantage (15-13).

Portugal scored two fast goals at the beginning of the second half, building a four goal lead (17-13). The Faroe head-coach Olsen took a timeout and his team managed to cut down the Portuguese lead to just two goals (18-16). However, it took the Portuguese team just a few minutes to regain total control of the result and take a five goal lead (21-16). Rosa made another great save, as Rebelo scored her fourth goal of the match for a 24-18 lead for Portugal.

The “green and red team” continued to control the result thanks to the strong defense and the goalkeeper Rosa. The Portuguese controlled the match until the final seconds, winning deservedly with 29-24.

In the second round tomorrow Portugal will face Austria, while Faroe Islands will play against Denmark.

WHC U18 STAR OF THE MATCH: Matilde Rosa (Portugal)

Luis Santos (Coach of Portugal): I must be satisfied because we played a good match and took a big win. We knew about Faroe Islands, knew that they are good at “one on one situations” that created problems for us at the beginning. However, we played much better in defense and took a deserved win. Our goal for this championship is to give everything on the field and play good handball.

Simon Olsen (Coach of Faroe Islands): We started the match very good, but as the time went by the girls were getting tired and started making mistakes. We played against a very good team, my players gave their best in this hard match, we will go in and try to play even better at the next matches.