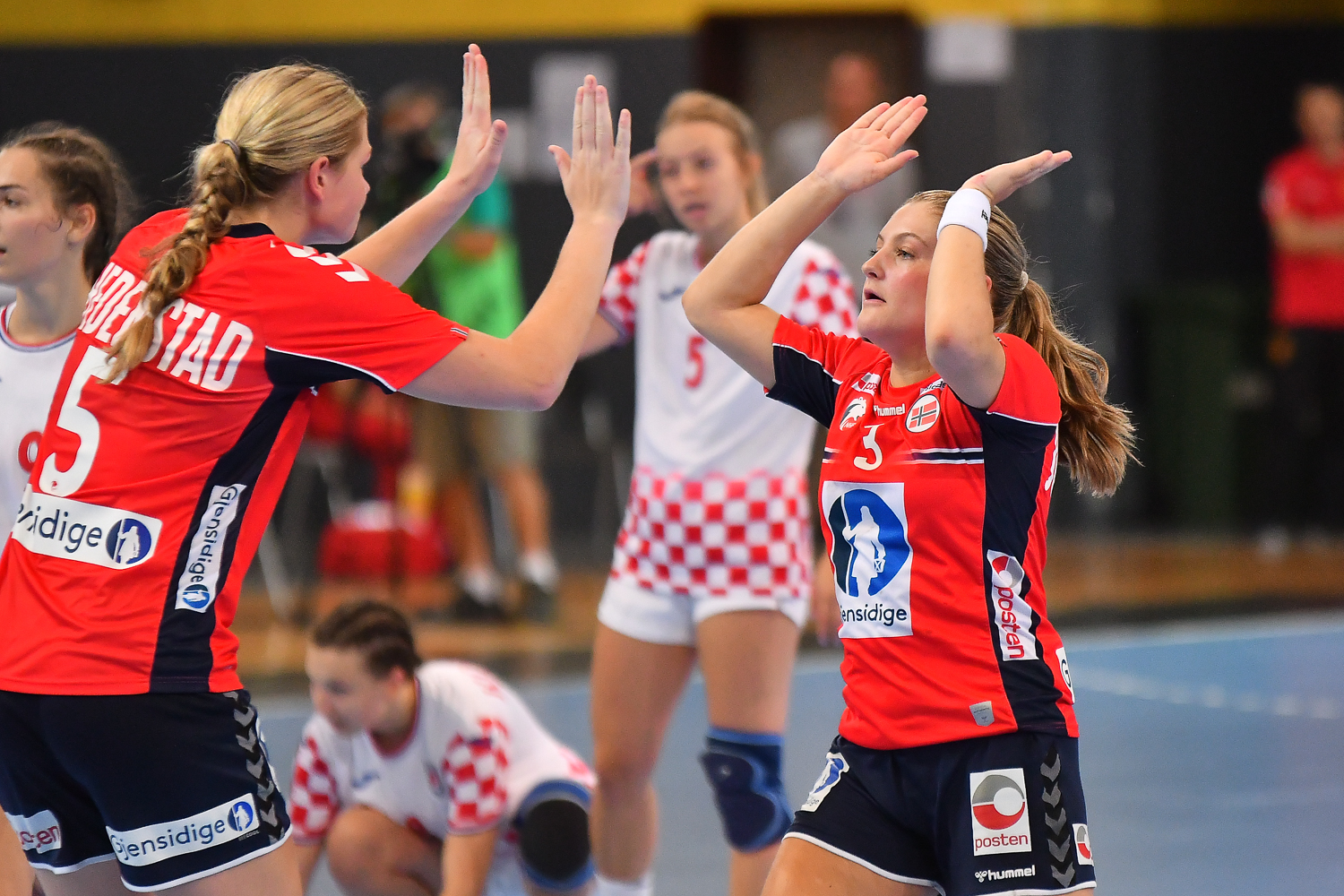 Croatia and Norway played a great match. Spectators enjoyed in sixty goals and match that was decided by penalties, after the regular sixty minutes were draw (30-30 regular time, 39-40). Norway will face the winner of the match between N. Macedonia and Germany for the 9th place, and Croatia will play against the defeated one for the 11th place.

Croatia has started the match a little bit more better than the Norwegians, and had the lead for the entire first half. One to two goals was the gap between both teams, until 9-9, when Croatians played great defense against Norwegians backs, scored five goals in a row and got the biggest lead on the match. It was 14-9 for the Croatians, after a few turnovers and technical errors, Norwegians bounced back to the game and result was equal at the half time (14-14).

At the second half none of the teams had a bigger lead than two goals. Mostly, Croatia and Norway played a goal-by-goal game. In the last ten minutes, both team entered equal (25-25), the same result kept going on until the last 100 seconds (29-29), and after Gavrilovic scored for Croatia after a huge fight with the defenders of Norway, on the opposite side Hedenstad returned (30-30) and Croatians had the last twenty seconds, but they did not make it to the goal. Because of that, decisive were the penalties in which there were three rounds and Norway was better.

Nenad Smiljanec (head coach, Croatia): „This was a very stressful match. My girls have played a very tough game, in the end it was draw, and we did not have a lot of luck in the penalties. I want to congratulate my girls for the great match, and to the opponent for the win“

Kristine Lunde-Borgersen (head coach, Norway): „It was a tough match. One of the most interesting in the tournament for now. We had some problems by scoring goals and did not play as we planned, that’s maybe a little disappointing, but that’s how handball works sometimes. We are happy for the win, but I hope that we will learn out of this and work harder“