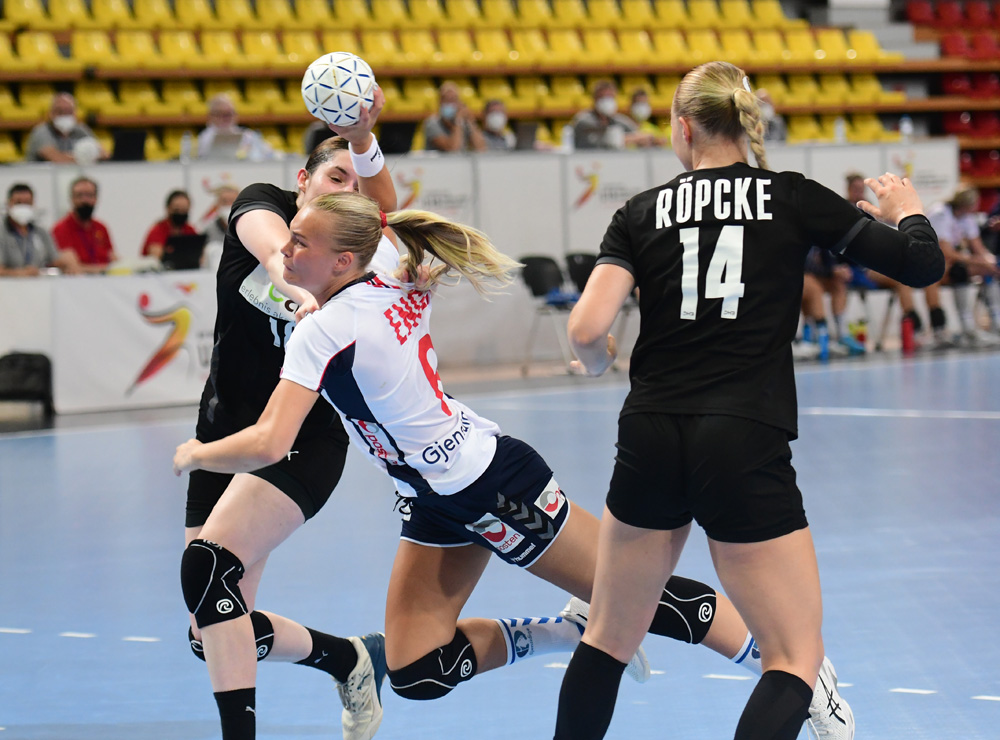 ***Player of the match – Nora Evelina Cecilia Rosenberg from Norway***

Duel for nine placements between Germany and Norway in Women’s World Championship in Skopje was something deferent. We sow a big fight, in the first half, but in the end, Norway was celebrating victory (24-32), we say deserved.

Norway starts the game with 1-4 run, but the opponent back easy five goals in row come to 6-6, after 15 minutes took the first lead (8-7). But, girls in white dresses level up defense and with better realization, lead with four goals (14-18). After 30 minutes was 14-17 for Norway. Nora Rosenberg with five goals was leader.

The second half was different story. Norway in ten minutes show strength, advantage plus seven 16-23. Nothing has change, the girls in white dresses played very good in every segment of the game. Their win fifth win in Skopje announced 10 minutes before the whistle (20-30).

LUNDE-BORGERSEN Kristine (Norway) – Today was good day for us, the girls did very good job. When is like this it’s everything is perfect. Nine is good place to come, but still there is always maybe. About the game we are talking to play hard, the players follow the plan, so it was really fun.