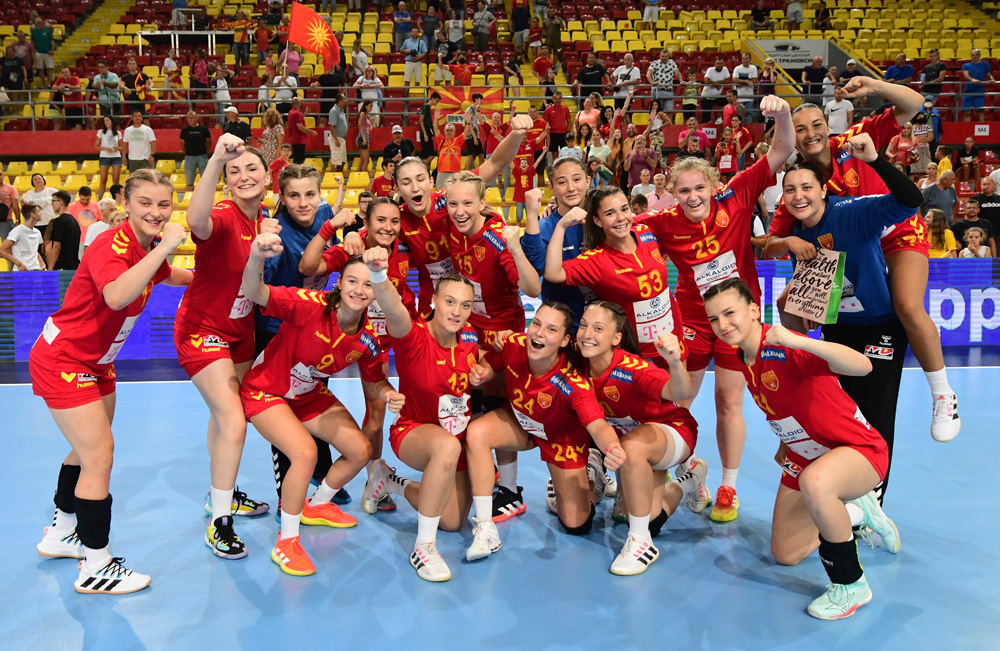 After 18 minutes the result was 4-4, and then Macedonians entered in a better period. Good defense and more courage in attack and soon regained the three goal advantage (9-6), and kept them until the end of the first half (11-8)The host of the tournament reached 15-9 after five minutes in the second half.

Churlinova on the gate saved two attacks that were crucial for this turn of events. Couple of counter attacks brought the host +10 in 47 minute of the match and the winner of the match was already decided.

LJUBOMIR SAVEVSKI (Head Coach N. Macedonia) – The result is bigger then the quality we showed. We still didn’t play like we wanted and what we practiced. But our defense today was working better than yesterday. Now we have to focus and do our best at the match against Sweden