No Loy, no party: Perfect Danes book a spot in the final! 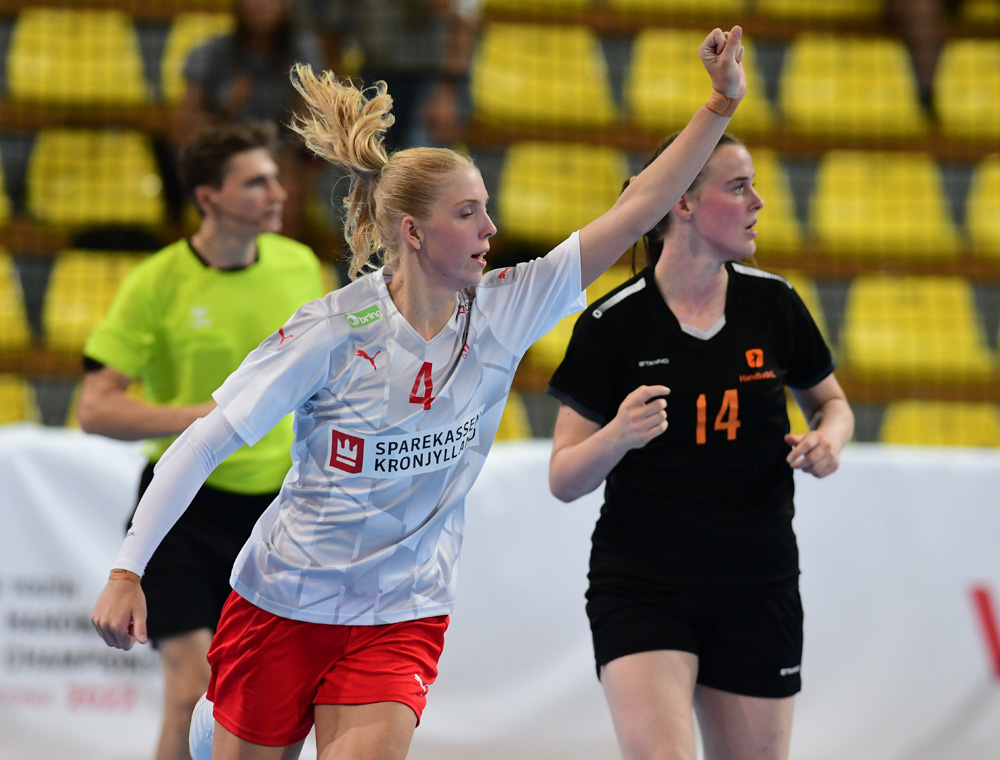 Denmark has played a dominant game and with a win against Netherlands (21-37) promoted as a first finalist at the IHF Women’s Youth U18 World Championship at Skopje. Second finalist will be known after the match between South Korea and Hungary.

Dutchesses were destroyed by the opponent. Scandinavians were powerful from the first minute of the semi-final match at SC „Boris Trajkovski“ because of the good defense they played. Danes were powerful in the back, but also in the front, where they scored a lot of easy goals. The first hit Denmark made when they scored five goals in a row, for 2-6, and they were leading the whole time. Netherlands tried to get back into the game, but they could not fill the absence of their best player, the left back Jalisha Loy that did not participate into this game because of a knee injury.

Netherlands collapsed at the end of the first half, when Denmark defended well and with easy solutions in the attack made a huge gap between both teams. It was 12-16, and Danes used every single chance they got by scoring new five goals in a row, for 13-21 at the half time. They did not stop scoring at the start of the second half, made an 11 goal difference with a powerful tempo (13-24) and that was the end of the story about this match. Biggest lead that Denmark had at the semi-finals was 16 goals.

PLAYER OF THE MATCH: Anne With Johansen (Denmark)

Ricardo Clarijs (head coach, Netherlands): „I think Denmark was the better team. They deserved their win. They have solved every tactic that we had in the defense, and also their game against us at that part was very good. They just were better than us today“

Dam Fleming Larsen (head coach, Denmark): „I did not expect a big victory like this because Netherlands is a strong team. Our defense today was excellent. Our opponent had a hard time getting into chances because we were perfect“