Netherlands is in the semi final 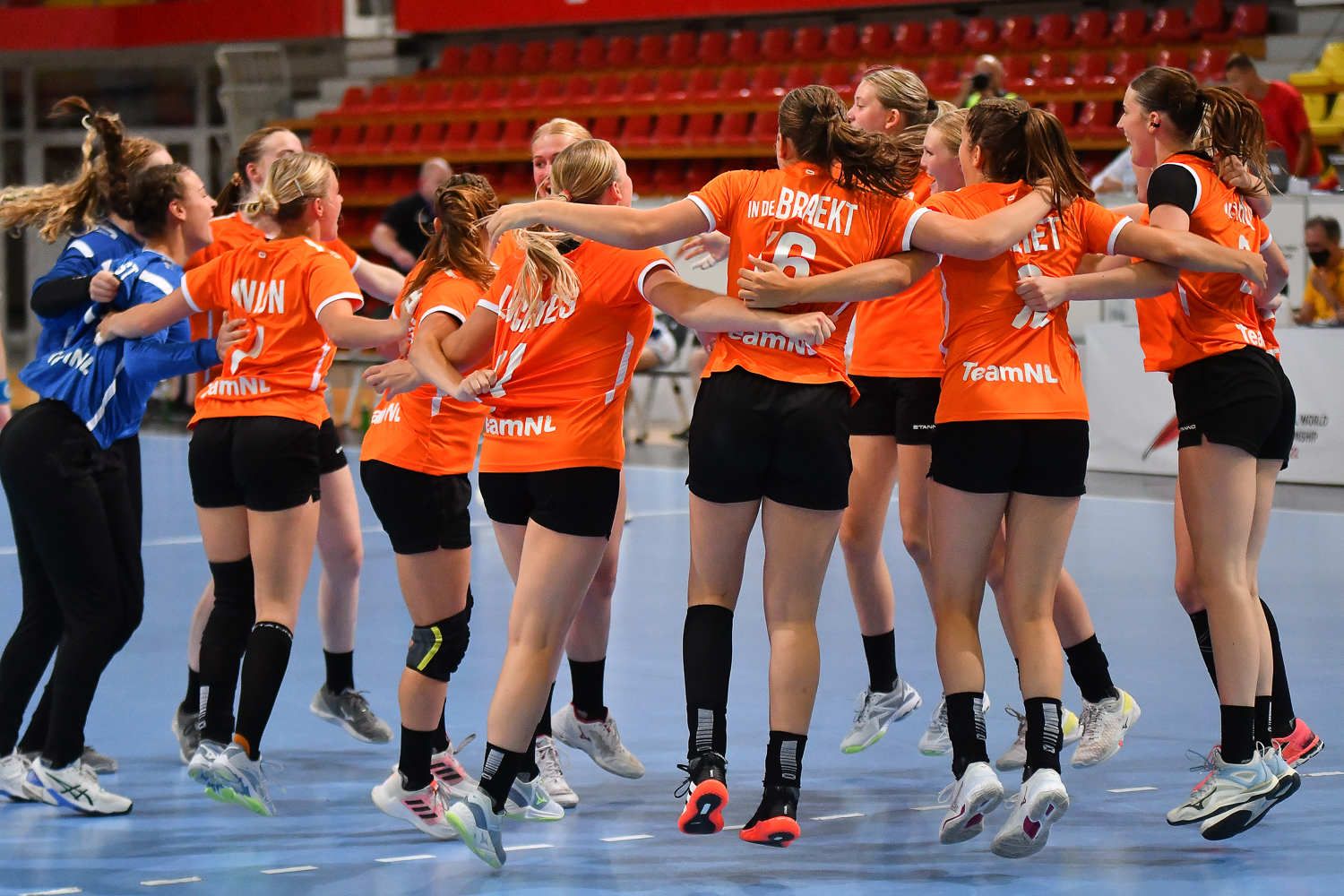 Netherlands won a high intense and dramatic quarter final clash with Iceland and claimed the right to play for a medal in the Women’s Youth World Championship in Skopje.

It was tight until the last five minutes of the first half. Starting from 10-11, Netherlands scored four times and reached a 13-11 lead that gave them some comfort. Unfortunately they paid a high price because one of their best players, Jalisha Loy suffered a knee injury and was out of the game.
Later in the match her absence was a big handicap for the oranje team.

Iceland led by 10 times scorer Águstsdottir Lilja equalized in 47 minute (20-20) and the real drama began.
It was ten minutes where both teams had their chances but everything was decided in the last 10 seconds. Right wing Dona Bakker after three missed shots scored her first goal for a 27-26. Iceland failed to shoot in the last 10 seconds and Netherlands reached the semifinals.

CLARIJS Ricardo (Netherlands) – Our goal was to play for medals and here we are. However this victory has a bitter taste because of the injury of our player.