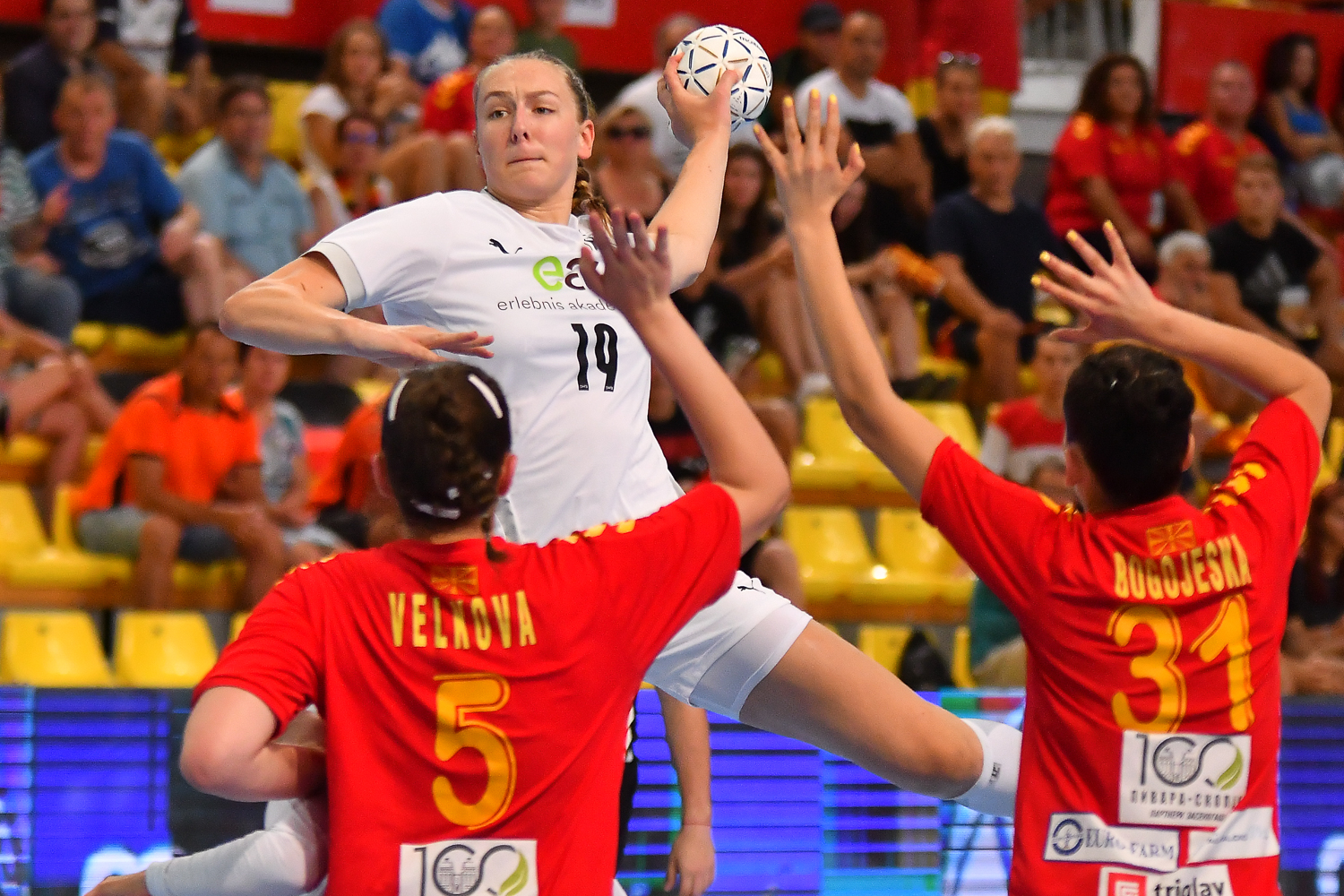 Host of the World Cup U18, N. Macedonia, lost against Germany (21-34) and now will play for the 11th place against Croatia, and mighty Germany will face Norway for the 9th position on the event in Skopje.

It was Germany that started the game way better than the previous ones. Macedonians struggled in the attack, especially because of the goalkeeper Sarah Sophia Hubner. She was excited about this game and really proved that on the court. Three saves in the attacks have brought Germany lead by three goals (5-8) and after that N. Macedonia had to chase the result the whole time. Ljubomir Savevski’s team with three goals in a row in the middle of the first half got to one goal deficit (8-9) thanks to the goalkeeper Churlinovska, but that was everything by the host.

Leuchter was main figure in Germany’s squad, she could not stop scoring. On the half-time it was 12-17 for Germany, and second half was very easier to play. Macedonians scored just four goals for seventeen minutes, and Germany made a huge gap (17-28) that could not be decreased during the period left.

Ljubomir Savevski (head coach, N. Macedonia): „Germany was absolutely perfect. We did not have a solution for their defense. Also, we had problems in our game, because we lost Velkova because of injury. In the end, better team has won this match. I congratulate Germany. We had very strong opponents in the name of Germany, Iceland and Sweden. And this is where you get the experience. I really hope for better matches in future“

Maike Daniels (head coach, Germany): „Our goal was of course to win, but we wanted the same energy and willing as we did against Romania and if we see the end result, it was here and we succeeded. After a while we had a really great defense and we won with a higher result“