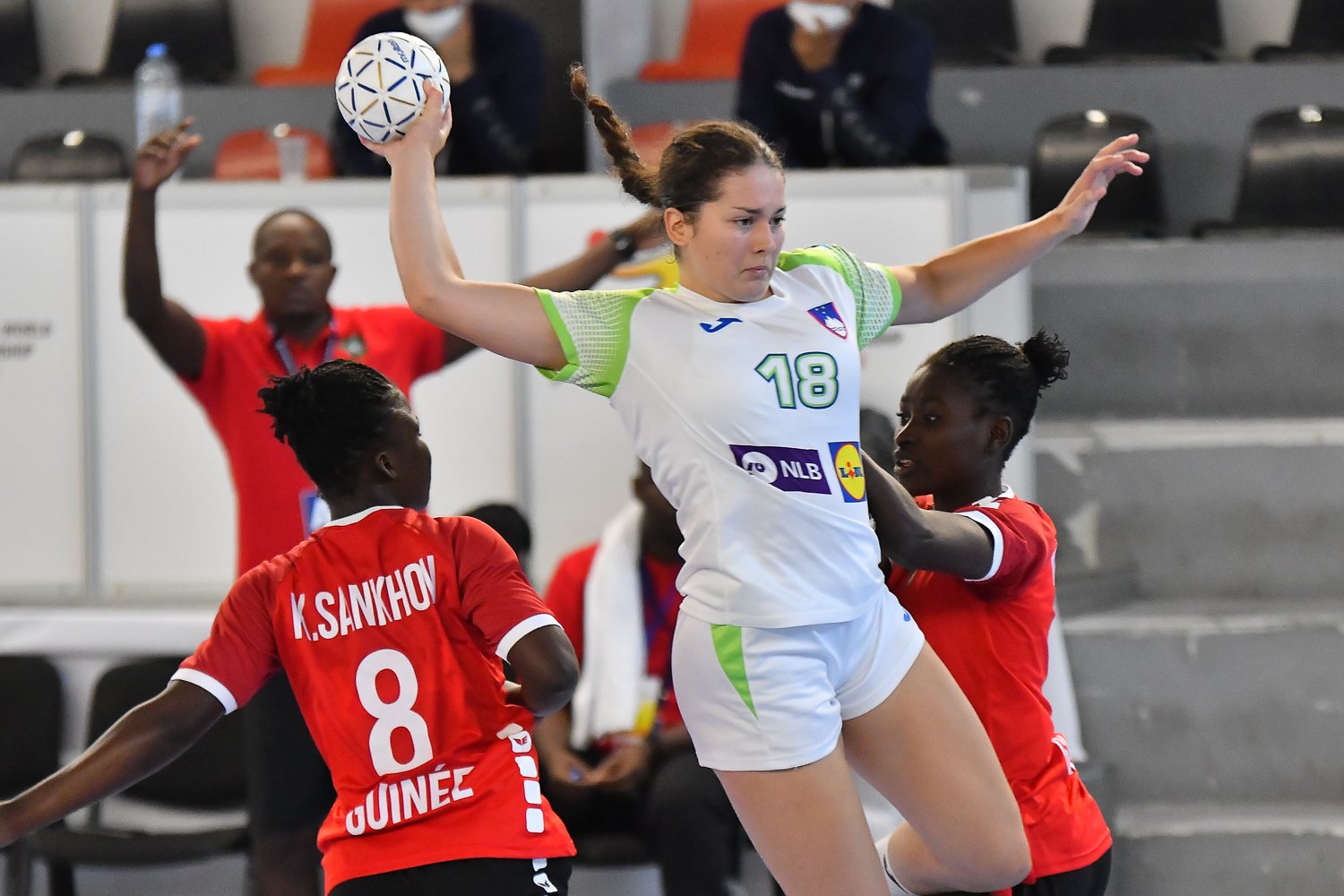 Guinea started the match very good in attack, scoring three goals in the opening three minutes, taking a 3-2 lead. However, the African side didn’t have enough strength in defense to stop the Slovenian attacks, as the European team quickly took over the control of the match. The first lead of the Slovenian team was with the counter-attack goal for 4-5 in the 8. minute. Goalkeeper Dzajic had somegreat saves and Slovenia got to four goals lead (5-9), when the Guinea coach decided to call a timeout. His team played better and came close to just two goals down (13-15, 23. minute). However, Slovenian players finished the first half on a high note, scoring some easy goals and creating a big six goals lead (15-21).

Guinea was also better team at the beginning of the second half, scoring five goals in six minutes. The national team from Afrika continued with brave game, cutting the opponent’s lead to just three goals at the middle of the second half (25-28). Full of confidence because of the great attacking game, the Gunieans started playing much better also on the defensive end, scoring a penalty for 18-29 with nine and a half minutes to play.

Slovenian coach had to call a timeout, but even after this minute of rest for his players Guinea continued to dominate, taking a 30-29 lead with two fast goals. Erceg stopped the Guniean streak with a great goal from wing position, “waking up” the Slovenian team that started playing better and with two more goals in less than a minute regained the lead (30-32, 55. minute).

Guinea showed character and managed to equalize when Souma scored her sixth goal of the match with less than one minute to go until the end. Slovenian coach took a timeout. Erceg scored the winning goal for Slovenia, as Guinea missed two shots to equalize in the final five seconds of the match (32-33).

Kouroma, who was the best player of the match with 17 goal, collapsed at the end of the match and received medical help for over ten minutes, but luckily she was able to stand up and walk towards the locker room.

Borut Hren (Coach Slovenia): Maybe the girls thought that everything was over after the first half, but this was not the case. Guinea showed character and came back, we played very bad and only by luck in the last minute we managed to win this game. At the last timeout I called for an action and shot from the wing, we created good situation and managed to score the winning goal.