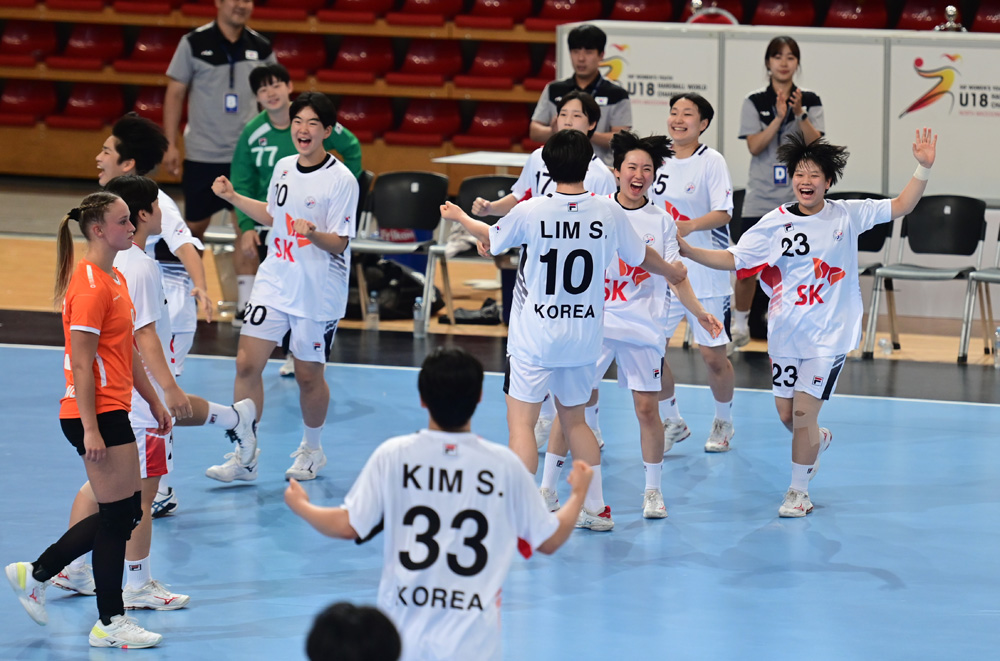 When Korea plays it’s a different game. Today they confirmed top spot in Group 3 with a victory over Netherlands. The Dutch team however is not out of the quarter finals. If Romania fails to win against Germany with six or more goals then Netherlands will play in eliminations.

The First half was clear dominance of Korea and their style of fast play. They had great support from the goalkeeper that covered mistakes made in attack. Korea had a comfortable advantage in the first 15 minutes if the second half event reached the biggest difference of six goals (19-13).

But after that moment Netherlands was in charge. They scored four in a row, came to 17-19 and made a big pressure. Until the end Netherlands had two chances to equalize, both times failing. Korean goalkeeper Kim Gayeong collected 18 saves and was awarded as player of the match.

KIM Eunjung (Korea) We made too many technical mistakes. But our goalkeeper was good today and we managed to win this match.