It was a Jalisha Loy show against Germany 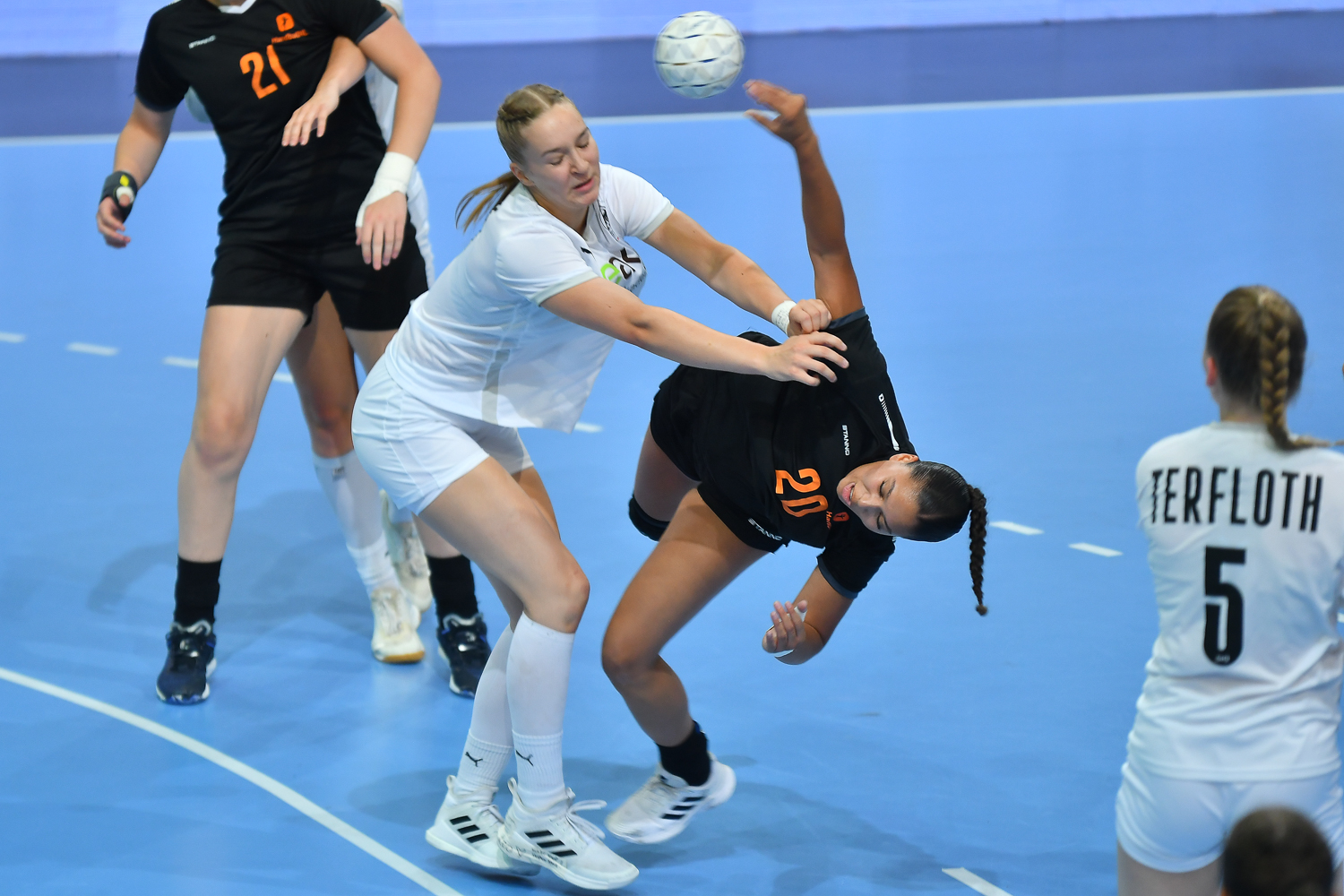 Jalisha Loy led the Netherlands to the victory against Germany 31-25 in the first game of the Main round in Group 3. The German team lost their chances for the quarter-finals.

The Netherlands started well with a 5-2 lead in the opening minutes. Germany answered and after 15 minutes it was 8-9. The girls in black jerseys quickly responded and they had the lead at the break with 14-13.

The Dutch players were furious in the first minutes of the second half and had a 3-0 run. Their lead started to get serious. It was 21-15 after 40 minutes of play and after that Germany couldn’t make it back. they missed a lot of shots and their opponent responded with quick goals.

It was easy last 10 minutes for the Netherlands with a routine display for the final result 31-25. The Dutch girls now have three points and are one step closer to the elimination round.

Jalisha Loy was voted Player of the match after she scored seven goals from nine attempts. But her great display wasn’t just scoring goals, she also played great defense.

Daphne Luchies and Romée Maarschalkerweerd scored five goals for the Netherlands and Rozemarijn Alderden had four. In Germany’s team, the best scorer was Matilda Ehlert, Viola Charlotte Leuchter had four.

Ricardo Clarijs (Netherlands head coach) – „I think we were the better team in the first half also but we made some more mistakes. That’s why Germany could’ve tied the game. But after the break, my girls were more disciplined and knew what to do. In the end, we were the better team and I think that we should’ve won by a bigger goal difference because that may be important at the end of the main round“.

Eugenius Smits (Germany head coach) – „We didn’t reach our level so that we can win this game. The first half was absolutely ok. After that, we made too many technical mistakes and missed open shots. We didn’t have the right structure and it was impossible to have seven players on the court that was on the level to win us this game. The Dutch team was better they made fewer mistakes i deservedly won the game“.