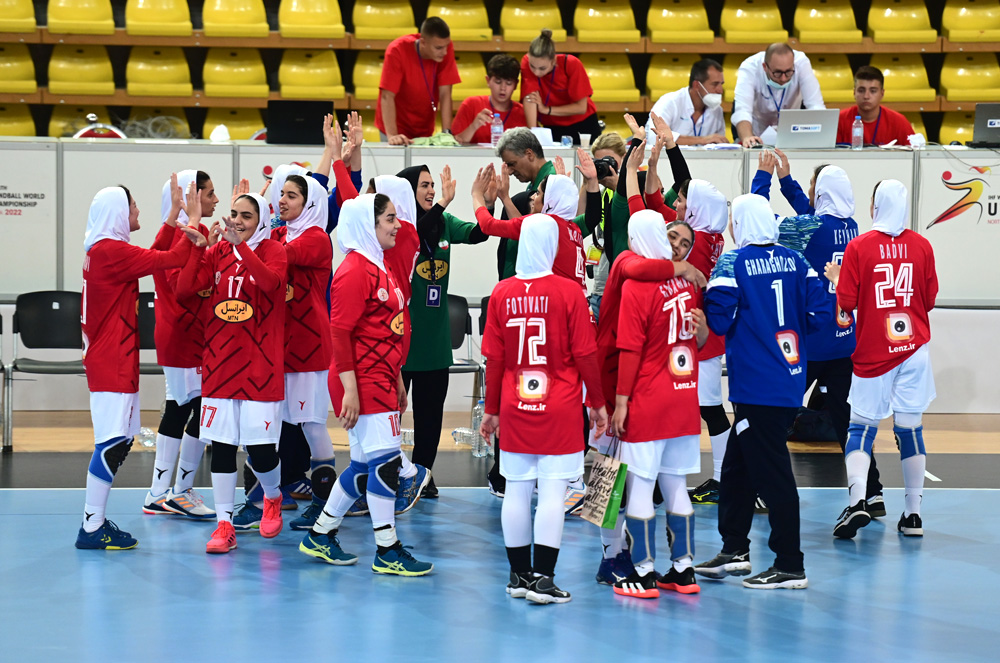 Iran started the IHF’s World Championship U18 in Group B with a victory against Uzbekistan 47-31.

Both teams played goal for goal in the first 18 minutes of the game and couldn’t be separated. Iran made a 5-0 run to take the lead with 17-12.

Uzbekistan’s goal drought ended after five minutes. They fought back with a 3-0 run, but Iran closed the half-time with two goals in the last minute and finished with a 21-17 lead at the break.

In the second half, there was only one team on the court – Iran. Uzbekistan didn’t have the right energy to continue the same game from the first 30 minutes. After a 7-1 run, Iran leads 33-22. Everything was decided then and after that, the only question was how big the win is going to be. Iran’s biggest lead was +19 or 46-27. Uzbekistan managed to finish the game with a 4-1 run for the final 47-31.

Nastaran Koudzarifarahani was Player of the match.

Gholamali Akbarabadi – Iran head coach – “I’m happy about the win. We knew our opponent very well and they did too. We analyzed their game and knew what to expect“.

Zafar Azimov – Uzbekistan head coach – “We made a lot of mistakes in this game and the goalkeepers didn’t help us at all. We had problems in attack also, but we didn’t have the right energy in the second half. We are a very young team and inexperienced.