Iceland made Swedes a favor versus the host 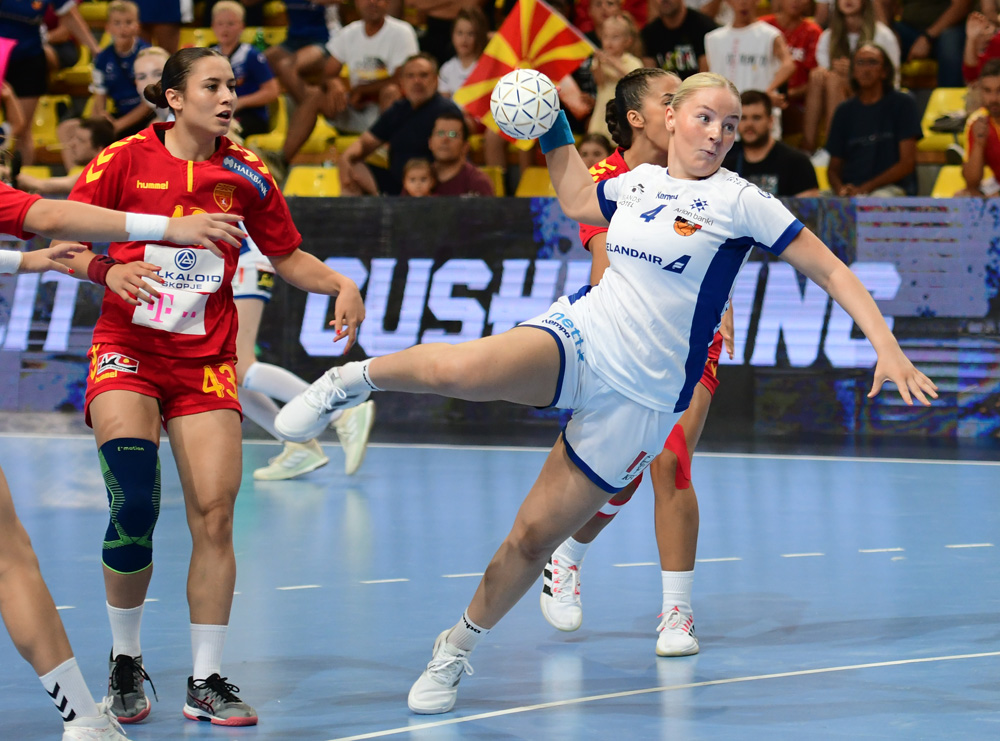 In the last match in the Group 1, Iceland won against Macedonians (25-22) and sent Sweden in the quarter-finals, while hosts of the World Cup U18 will play for 9th to 12th place.

Iceland started the game better than Macedonians and got a two goals lead (3-1), that remained on the scoresheet during the whole first half. Even though N. Macedonia came back to 5-4, Iceland started to play fast, and got back their wanted lead by three goals (7-4). A few times Iceland had a chance to lead by four, but the goalkeeper Churlinovska stood against them. But, finally, in the 21th minute, it was 11-7. At the half-time it was 13-10 for Iceland – key factor was that their defense stopped Iva Mladenovska, one of the most talented players in the Macedonian squad, from scoring (1/6).

When second half got underway, the Macedonian coach Ljubomir Savevski forced a deep 6-0 defense that helped Macedonians to bounce back. That moment was near the 40th minute, when Iceland had only one goal lead (19-18) thanks to the goalkeeper Marija Jovanovska – made three close saves. The host team had a chance to draw the result, but Bjarnasen did not let that. In the last ten minutes score was 21-19 for Iceland. Eight minutes before the end, Iceland got back their four-goals lead (23-19) and it was hard for Macedonians to bounce back again.

Ágúst Thór Johannsson (head coach, Iceland): „I am extremely proud to my team. It was very important to show respect to everyone and we have played fantastic 60 minutes today against the host“

Ljubomir Savevski (head coach, N. Macedonia): „We played all the matches with short roster. And we missed a lot of chances. We got back into the game and we were into minus one, but we missed a penalty and an empty goal and couldn’t manage the situation very well afterwards“