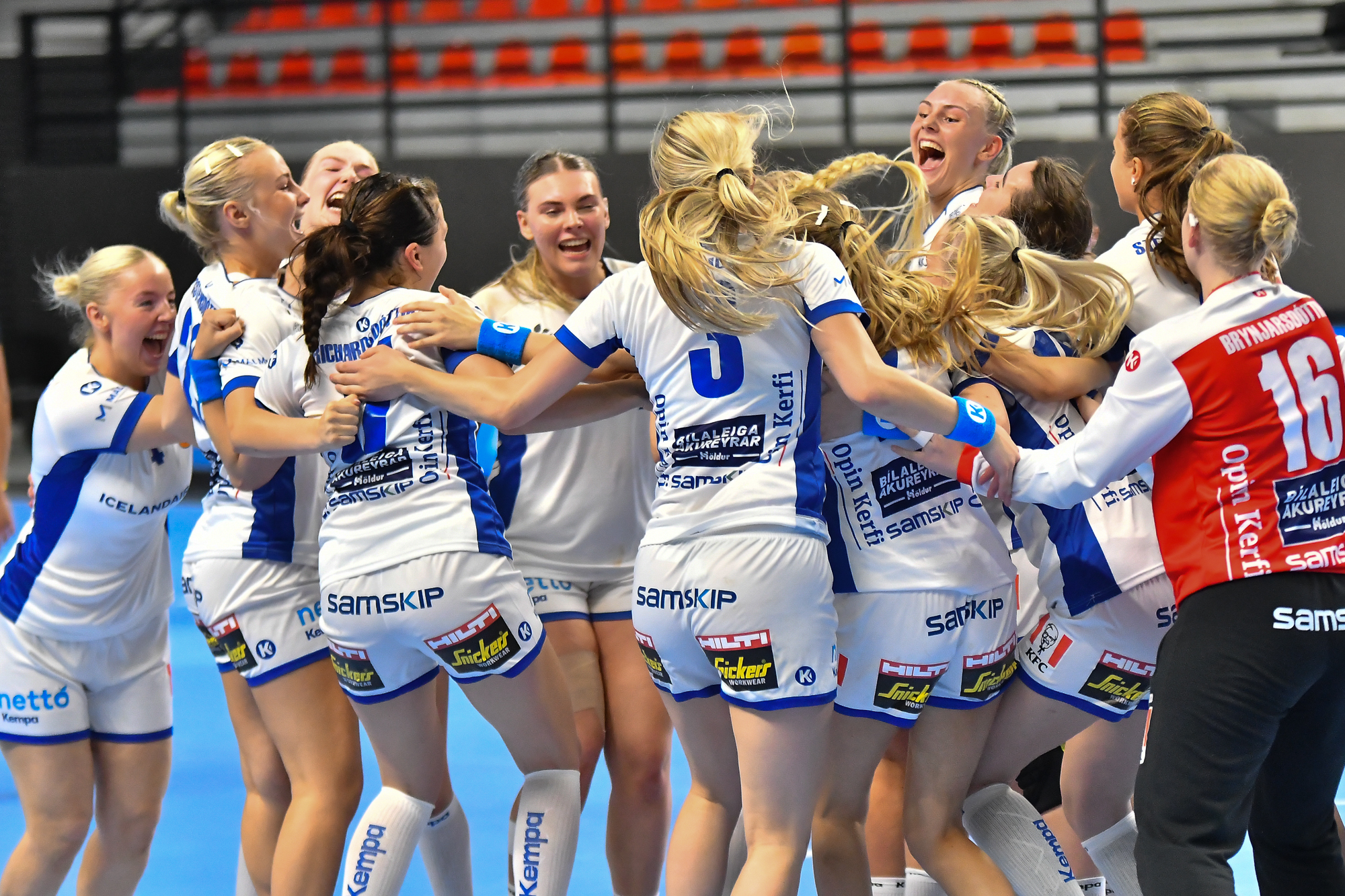 In the first minutes,  both teams were nervous as they made many mistakes. The first half of the first period was played evenly on both sides, and after 15 minutes of play, the score on the scoreboard was 5-5. After one-third of the match, Sweden held a slim 9-8 lead, enough for Iceland coach Agust Thor Johannsson to call his first time-out of the match. BJARNASEN was phenomenal on Iceland’s goal, who managed to save several shots from the Swedes. After a full six minutes of play without a goal on both sides, the Icelanders finally scored in the 26th minute to take the lead (9-10). Another goal quickly followed through TRAUSTADOTTIR for the first two-goal lead for Iceland (9-11), a result that went into the break.

Sweden started the second half slowly as well, and the Icelanders took advantage of that, as they reached plus three for the first time in the 33rd minute (9-12). The Swedish women seemed lost on the field in the second half, and the Icelanders used that in the best possible way, who in the 41st minute reached the largest plus four (11-15). Three minutes later, an Icelander had plus five (11-16). Iceland routinely brought the match to the end for the final 17-21.

WHC U18 STAR OF THE MATCH: Thea Kylberg (SWEDEN)

I think was a difficult game for us. We struggle in the offense we score just 17 goals. We had good control of the Icelandic offense but we missed 3 penalties and a lot of 100 percent chances. We also work on the offense for the next match of the championship.

We were very disciplined all the match. Our defense was very good and our goalkeeper was very good. We won the game and I’m happy about that.