Hungary wins in a hard-fought battle against Egypt 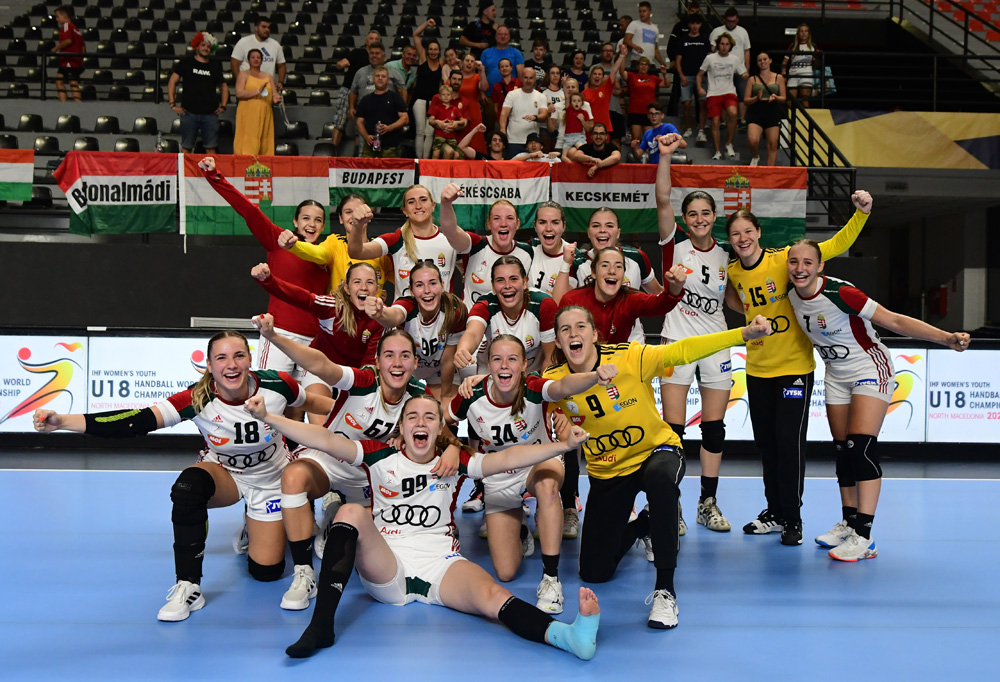 Hungary is in the semi-finals of the IHF’s World Championship U18 in Skopje after they beat Egypt 28-23. In the next round, the Hungarians will play against Korea.

The European team had the lead for most of the 60 minutes but Egypt was never far away. With their fighting spirit, they knew how to make problems for the favorite. After the first half, it was 12-10.

Hungary broke the opponents in the final 10 minutes when Petra Simon really stepped up with three goals. The Egyptian’s inexperience was maybe the key in the final moments because they made rushed decisions in attack.

The final result was 28-23 after a very hard battle.

Petra Simon was voted Player of the match. She had 9 goals from 11 attempts and 3 assists. Liliána Csernyánszki scored five times for Hungary and Júlia Farkas had four but she was forced out of the game because of an injury. For Egypt, Kenzy Hatem Salama had five goals, Mariam Omar Ibrahim scored four and the goalkeeper Gihad Wael Sayed had 13 saves.

Beáta Bohus (Hungary head coach) – „We played very tough five matches until now, in the group stage and in the main round. Some of the other teams had a lot easier wey to get to here. There are some teams that are out of the competition and were with us in the group or the main round, they should be here but they are out. But that’s life. We must go on and tomorrow we will meet Korea. Unfortunately we have serious injured players and these injuries happened because today it wasn’t a clean game. I hope that the players who didn’t have a lot of chance to play, they can step up and we will go on“.

Mohamed Ahmed Farghaly (Egypt head coach) – „We tried to have a great game. We have a little experience in games like this. I think that with a little bit of experience we can be much better. I have to say that I’m very proud of this girls“.