Hungary makes a statement against Argentina 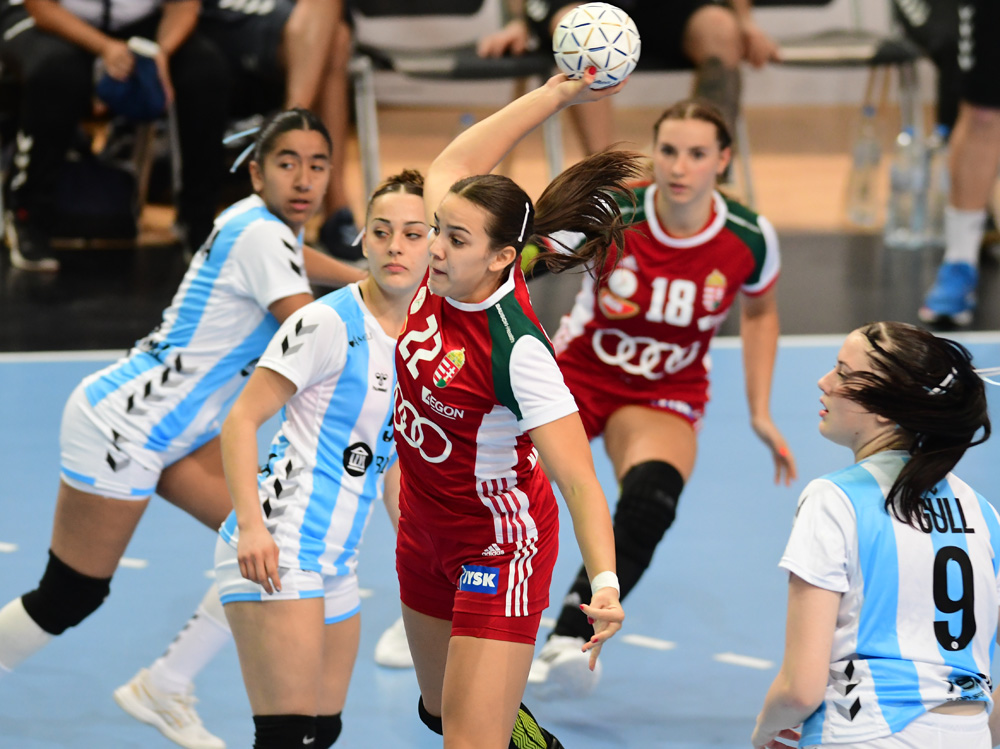 Powerful performance from Hungary against Argentina 39-23 in Group H at the IHF World Championship U18 in Skopje.

Hungary was in control of the result in the first half. The hard defense was the key for the Hungarians and they scored a lot of goals at fast breaks, especially at the end of the first 30 minutes when they finished with a 4-1 run for a commanding lead at the break 16-11.

In the 38. minute Hungary reached a double-digit lead of 24-14. The European team continued to score from fast breaks and Argentina didn’t have any answers for the strong opposing defense. After 45 minutes it was 31-17 for Hungary.

The game was already decided and the finish was just routine for the winning team who celebrated a big win with 39-23.

Julia Farkas was the Player of the match with seven goals, Liliána Csernyánszki scored six times. For Argentina, Sofia Gull Querin was most efficient with five goals.

Duhau Martin Ricardo – Argentina head coach – „We didn’t know how to break the opposition. We don’t have a lot of experience playing against big teams like this. We play against France next, another big team but we will fight“.

Bohus Beáta – Hungary head coach – „We had some problems with the pace and also with the new ball. It’s very hard to keep up with this ball without training and some of the technical elements were very hard for us but we try to get used to it. We had only 3 weeks to train with this ball. We need to be a lot better against Spain and France.“