Hungary is too strong for Brazil 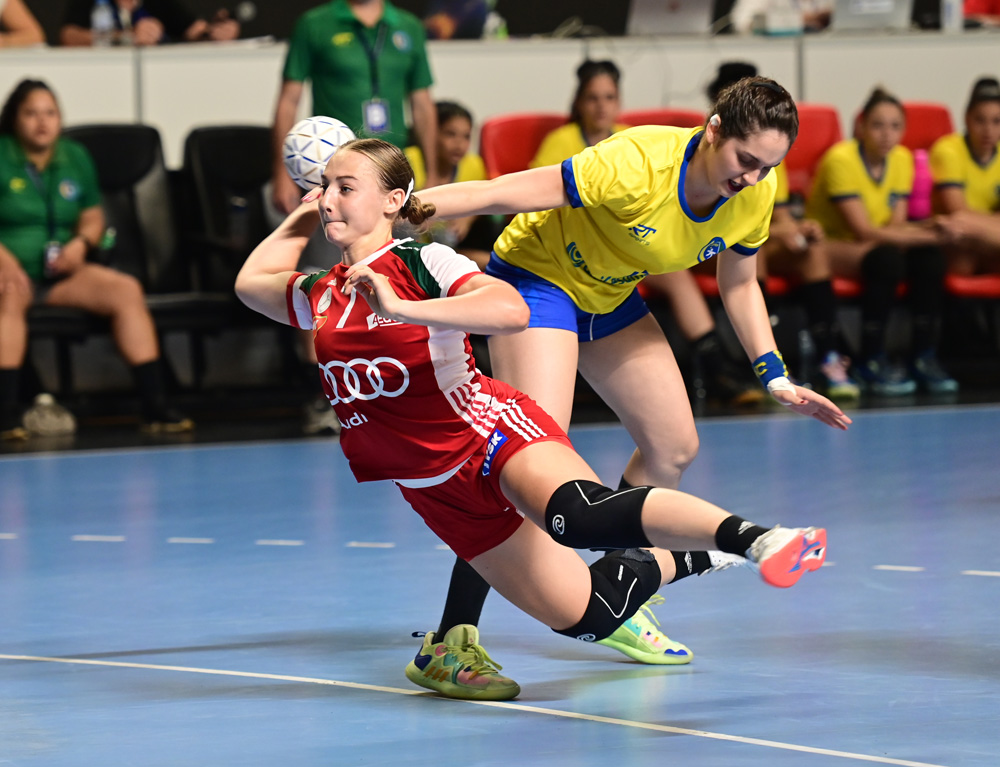 Hungary went into the Main round collecting two points thanks to a big victory over France, while Brazil lost the first round match from Norway with 19-31. Brazilian goalkeeper Navarro had two great saves in the opening three minutes, but Hungary was playing very well, taking a 3-1 lead in the early stages of this match. The dominance of the Hungarian team continued, taking an 8-3 lead in less than ten minutes of play, reason enough for the Brazilian coach Antonucci to call a timeout.

It didn’t change too much on the field, as Hungary was much better opponent, getting to a 14-5 lead in the 16. minute. The team in “red and white” got to a double digit lead in the first half, when Csikos scored a fine goal with shot from nine meters (18-8), going into halftime with a 19-10 lead.

Brazilians were without a goal in the opening six minutes of the second half, before Rodrigez finally scored from a counterattack (22-11). The big lead of the Hungarian team led to changes in the team, as coach Bohus saved the strength of the key players for the match against Norway tomorrow. This didn’t have any effect on the result, as Hungary celebrated a big 32-16 win, with thirteen different players scoring at least one goal for the winning team.

Peter Woth (Coach of Hungary): We are very happy because this was an easy victory. Everything was working, we were playing fast and easy, the goalkeepers war excellent, and also almost all the players scored goals.

Julia Rodrigues (Player of Brazil): This was a difficult match for us, we knew it before the game because Hungary is so strong, as they showed on the field. We must forget this match as soon as we can because tomorrow we play against France, another great team.