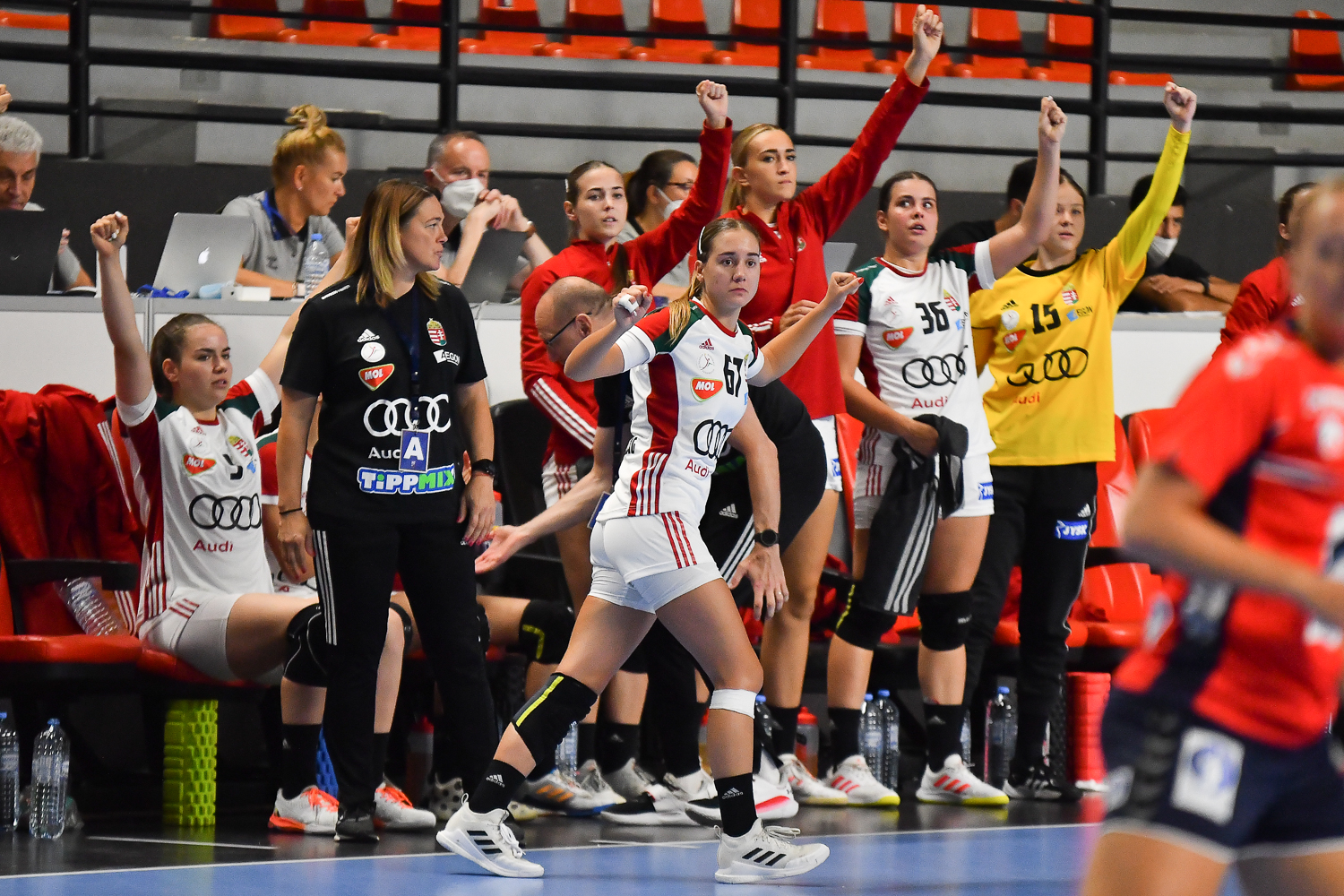 Hungary is in the quarter-finals at the IHF’s World championship U18 in Skopje after they won against Norway 19-24 in the last game of the Main round in Group 4. They clinched first place in the group with six points and in the quarter-finals, they will face Egypt. This result also helped France qualify for the next round as a second-placed team.

Both teams started with a big focus on the defense, the goalkeepers were on top and that’s why after 20 minutes the result was 4-4. The stakes in the match were high and the teams didn’t want to make mistakes. Norway and Hungary interchanged in the lead but with no more than one goal. At half-time, it was 9-9.

The Hungarians got to a lead with four goals after 45 minutes of play mostly because of the great saves of their goalkeeper Klára Zaj but she also had help from her teammates who played fantastic defense. After that, the result was 13-19 with a 5-0 run for the girls in white jerseys.

Norway started to lose its ground with a series of mistakes but mostly because of the opponents’ great defense. Their coach Beáta Bohus tried with “seven on six“in the final minutes but Hungary didn’t let their lead slip away. The final result was 19-24.