Great second half and a victory for Denmark over Croatia 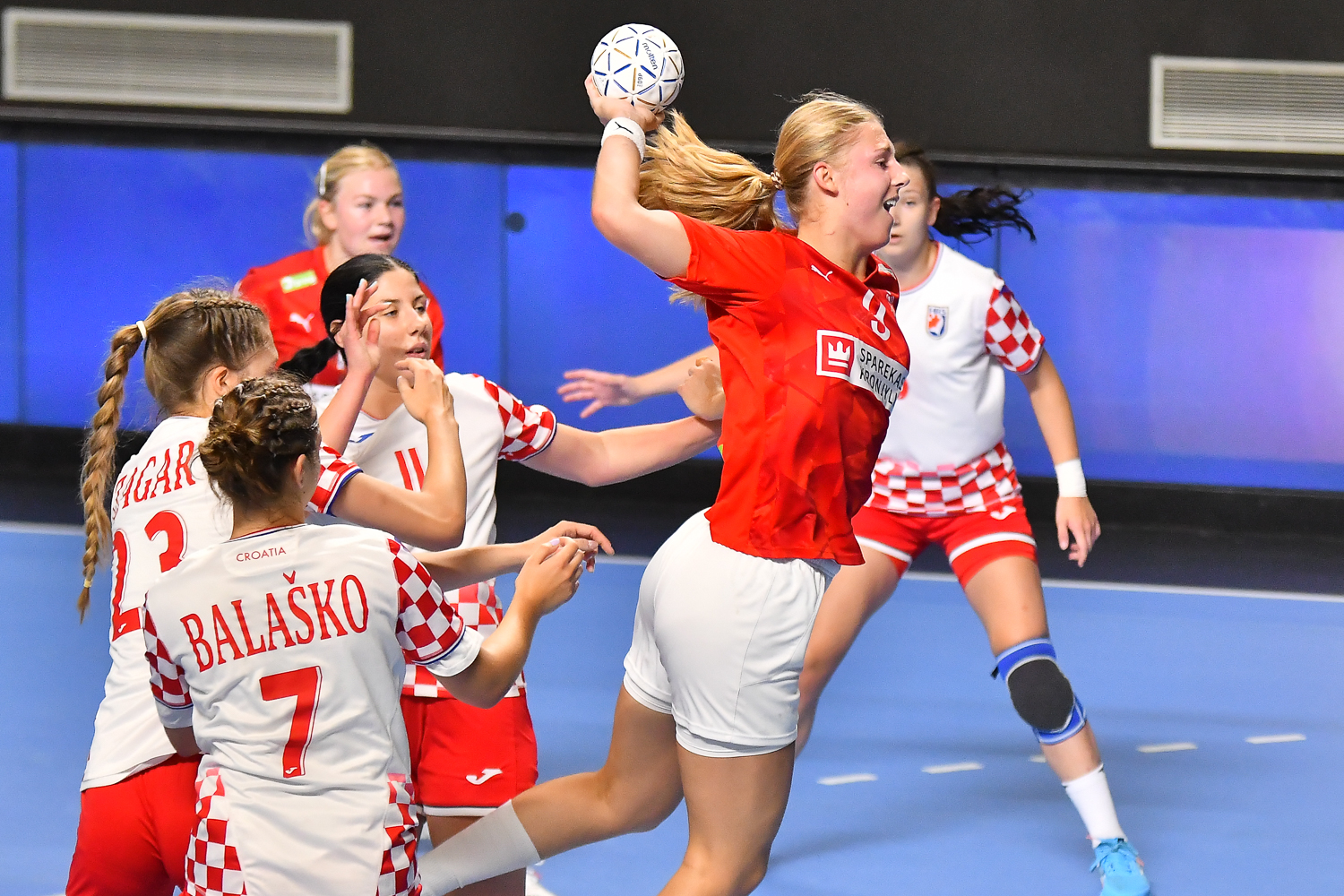 The first half brought plenty of excitement as both team had their mini goal-runs to turn the result ant take the lead. Zhagar scored the first two goals for Croatia, giving the Balkan side a 1-2 lead. Denmark started playing better, turned the result with a 5-4 lead, but the Croatian coach then took a timeout and his team started playing much better defense.

Denmark couldn’t score a goal for over five minutes, goalkeeper Zetovic made some stunning saves as the Croats had a two goal lead for the first time (5-7). The Danish coach called a timeout when his team was down 7-8, with Denmark scoring three goals in a row just after this minute of rest. Croatia came back once again, equalized do 10-10, but it was Denmark who went into the break with a one goal lead, after Johansen scored in the last second of the first half.

Both teams continued with good handball also at the beginning of the second half, but Denmark managed to take a three goal lead in the 41. minute, taking advantage from the two minute suspension of Peric. Croatian coach had to call a timeout when his team went four goals down (20-16). However, this didn’t prove to be of any help for the Croatian team, as they struggled in defense, allowing easy goals for the opponent (24-18).

Kaysen was also in good form on the Danish goal, as the favorites continued to dominate on the field, winning deservedly (29-23) for a very big step towards the quarterfinals.

Dam Flemming Larsen (Coach of Denmark): It was a very good match and a deserved victory. The difference in the second half was that we started playing much better in attack, scoring goals and creating a goal-difference for a peaceful finish of the match. We go step by step, my wish is this team to continue to develop, first we need to get to the quarterfinal, and then I really hope that we can win some more games.

Nenad Smiljanec (Coach of Croatia): This was our first really good game of the championship and I want to congratulate my players. We played equal match to the Danish team for 40 minutes, unfortunately then it came to some mistakes in our side that the Danish players knew how to take advantage of.