Germany with a last-second goal tear up Romania’s dreams 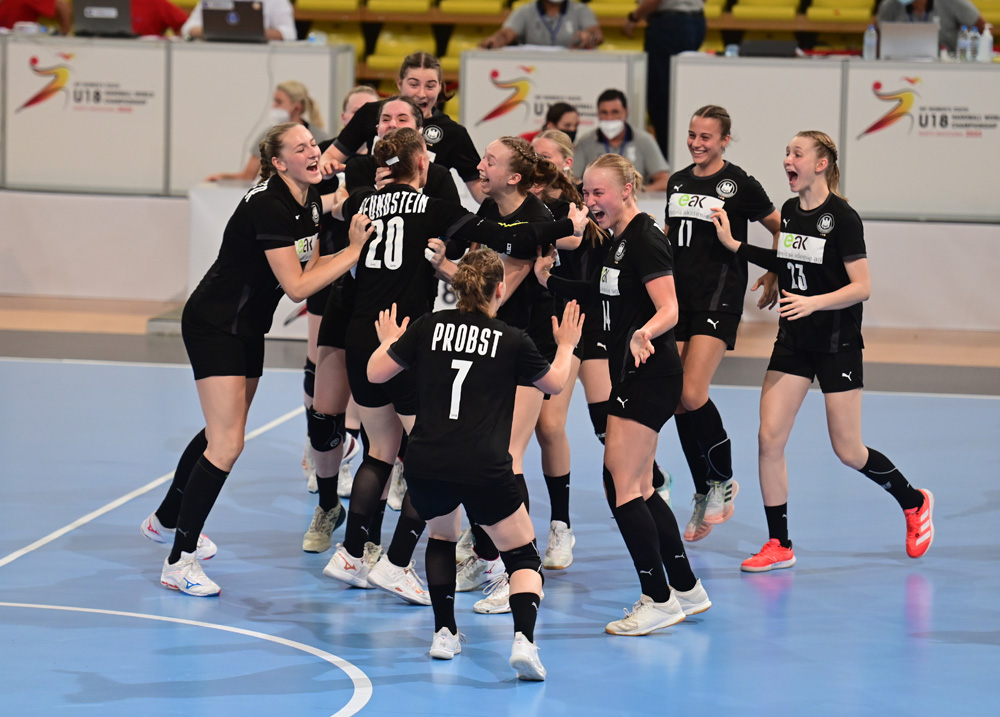 Germany did not have a chance for the quarterfinal, but played a great match and with a goal in the last second grabbed the win against Romania (27-28) in the IHF Women’s Youth (18) World Championship in Skopje. Now, Romania will play for the 13th to 16th place, Germany will play for 9th to 12th place, and South Korea and Netherlands go in the next stage from the Group 3.

Germany started the game really careful and played wise at the beginning. They were holding Romania back from taking the lead more than one goal, even though the opponent was under pressure because of the need to win with at least six goals difference so it can get a spot to the quarterfinal. First time when one of the teams had a plus of two goals was when Germany had the lead by 7-9, but Romania bounced back quick and with two goals in a row got back into the game (9-9). On the half time it was 12-11 for Romania.

The second half started with a very tough defenses on both sides. In 35th minute it was 13-15 for Germany, but Romania did not give up. Lixandroiu and Boiciuc scored two in a row for 17-17 in the 45th minute. In the last ten minutes of the match both teams were equal (22-22), but everything collapsed for the Romans five minutes before the end, when Germany had 23-26. Five seconds before the end, Romania made a comeback and scored by Lixandroiu for 27-27, but Pfundstein was a hero for Germany, scoring from all over the court on an empty net.

Aurelian Rosca (head coach, Romania): „Germany scored in the last second and we lost the game. We are sorry for this, but we will keep working to improve“

Maike Daniels (head coach, Germany): „We played much better in the defense, and attack was even, even though we had difficulties. Our girls wanted to win because in the last Championship we lost against Romania. We wanted to fight for the best results and it’s better to play for 9th to 12th place, than to other 13th to 16th. My team was fighting for the win and tottally deserved it“