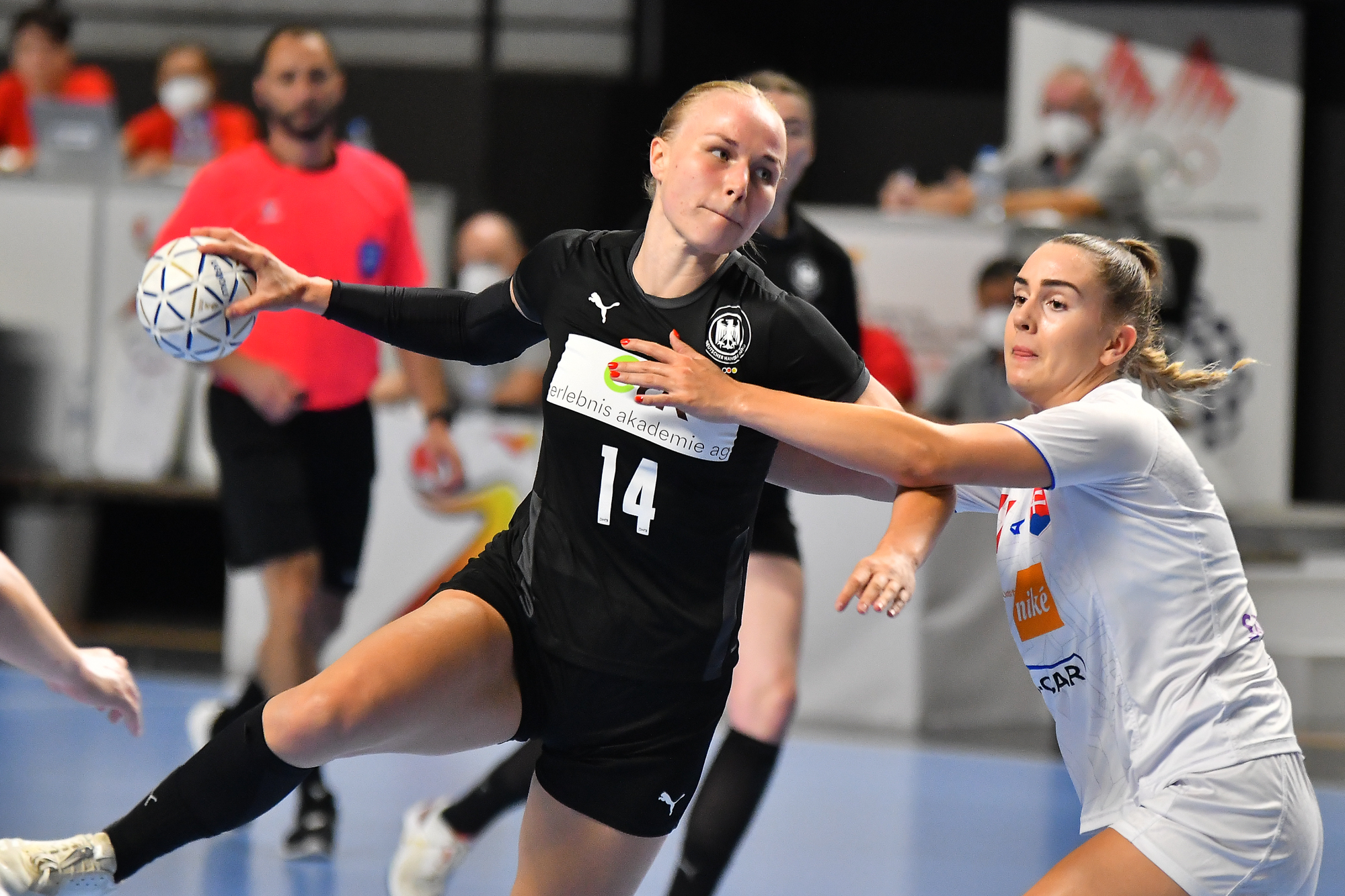 Germany did not allow any surprises in the opening game at the IHF Women’s Youth (18) World Championship at Skopje and roughly lectured Slovakia (39-18). The opponent had strength to play 20 minutes, but after that everything was in favor of Germans.

Slovakia started the game really well. Katarina Myldova lead her team to 0-2, and then 1-3, but Germany got into the game thanks to Viola Charlotte Leuchter (3-3). After that, both teams were always close. It was 5-5 in the 10th minute, then 8-8 and 10-10, but in the middle of the first half it was Germany that scored two goals in a row for 12-10 and constantly kept a gap. Slovakia did not score for more than five minutes, it was 12-11 when Slovakians last time netted. Meanwhile, Nieke Kuhne was a main figure in Germany’s squad, also, the goalkeeper Marie Kristin Weiss, and the result at the half time was 16-11 for the Germans.

Slovakia did not manage to score in the end of the first half even though it had two players more on the court – Pfundstein and Wipper (Germany) were penalized by the referees for rough tackles. After more than ten minutes without goal, it was Rebeka Kucsera who ended the drought for Slovakia (17-12), but that goal was not a danger for Germany, because of the strong defense that handballers of Maike Daniels demonstrated. Eighteen minutes before the end, Germans made an 11-goals positive (25-14) and that was the end of hopes to Slovakia.

PLAYER OF THE MATCH: Nieke Kuhne

STATEMENTS AFTER THE MATCH

„The end result is very good. But, that was because of the second half. I saw several matches today, all the teams were nervous at the first twenty minutes. Slovakia started very well, and we were not satisfied about our defense. Also, we missed ten open shots. But in the second half we were very better, got into rhythm and made a big difference“

„First half was good for us, but then we did not physically handled it and those first five minutes of the second half were terrible for us. We lost some balls, and we did not score any goals for a long time, so that is why result is that way“