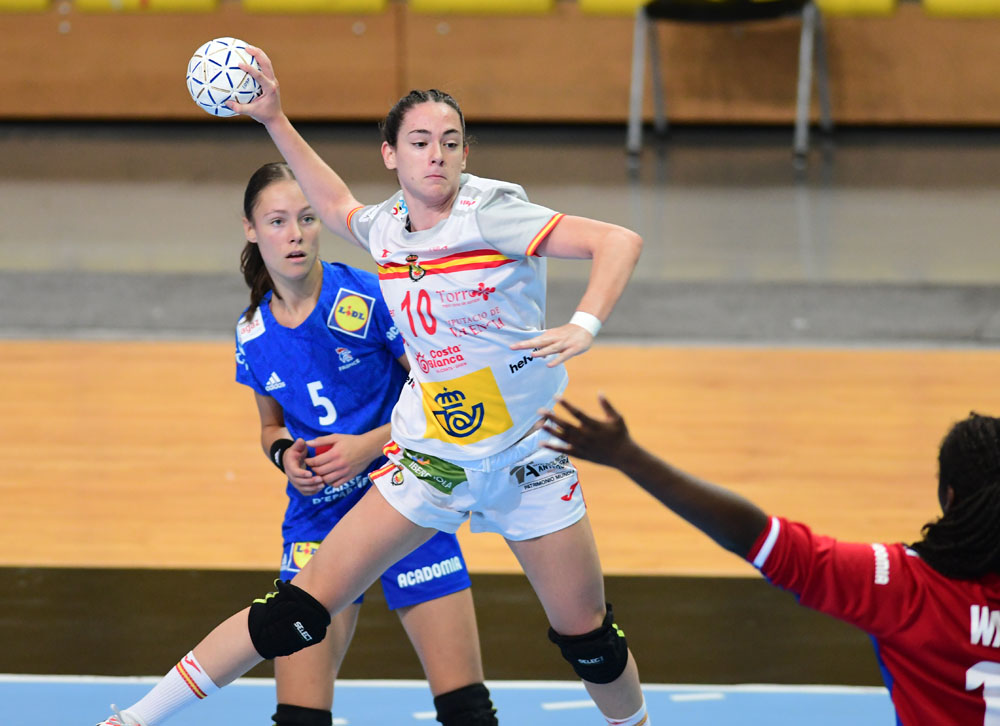 Two physically very strong teams, France and Span clashed in their first match at the Women’s Youth World Championship in Skopje.
It was a tough match especially in the first half when no one could reach a bigger advantage than goal or two. France controlled the result lead by their best player Lylou Borg and when they saw an opportunity through a very small window after 20 minutes they managed to reach a three goals advantage (12-9).
Spain tried hard to compensate but missed some chances and after 30 minutes the result was 16-14 and Borg wrote seven goals behind her name.

After six minutes into the second half the Spanish head coach was forced to ask for a minute break because France was six goals ahead (21-15).
Ester Somaza brought some hope for the Spanish team when she scored for 20-23 followed with a save from a goalkeeper Suarez and another goal from wing right Manterola.

Spain found their rhythm and reduced the gap to only one goal 23-24 but one suspension of two minutes took them off the track again and France regained the advantage of three goals (26-23). At 58 minute we saw the last chance for Spain. They were attacking and the result was 28-26. That attack finished with a technical error followed by a counter attack and goal for France and the winner was decided.

Lylou Borg, right back from France was Player of the match

Olivie de Lafuente (Head coach France) We know that Spain is a very good team and we worked very hard to prepare for this match. It is an important win for the next phase of the Championship.

Perea Villena Pablo (Head Coach Spain) They were stronger than us. They played better in one in one situations and