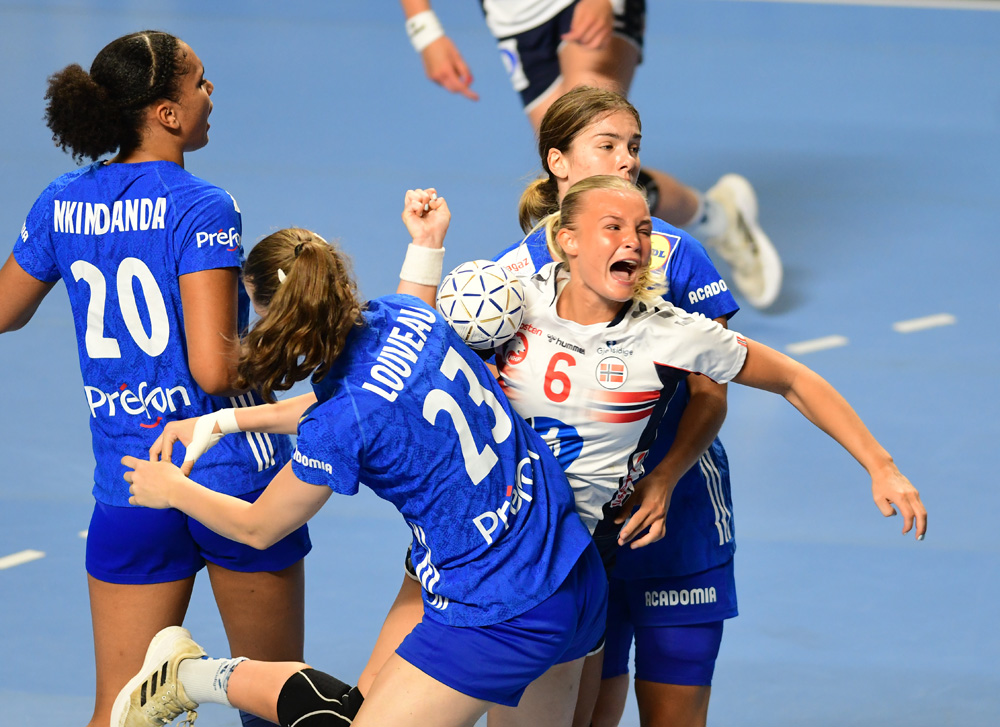 Norway entered this match with maximum three wins from the first round, while France had to win because of their loss from Hungary in their last match. Norway’s goalkeeper Dina Frisendal started the match with some great saves. The attack of the Norway team was bellow their usual level, scoring just one goal in the opening ten minutes (1-3). French captain Dury received a two minute suspension, but Norway didn’t take advantage, as goalkeeper Wanda had great saves on the goal of “les bleus”, helping her team to go three goals up (2-5).

Norway’s coach Lunde Borgersen had to call a timeout after her team scored just two goals in over 16 minutes of play, but Wanda continued in great form on the goal of the French. Norway scored the third goal of the match in the 24. minute of the first half, the left wing Mone later scored two more goal from her position, cutting the French lead from six to four goals (5-9). The French coach called a timeout, his team started playing better and regained a five goal lead at halftime (6-11).

The second half started with a suspension for Borg from France, but the Norway team didn’t take advantage of it. The French had two more suspensions in the next ten minutes, but still managed to keep a big lead (10-17, 44. minute). The Norway team made the end interesting, cutting the opponent’s lead to four goals (17-21), five minutes until the end, with the 5-1 defense zone of the Norway team causing problems to the French attack.

After another lost ball for France and another goal for Norway, French coach De Lafuente decided to call a timeout. The problems continued after another turnover (passive attack), but Perret scored the most important goal for France, putting end to Norway’s hopes of a miracle comeback.

Kristine Lunde Borgersen (Coach of Norway): The first half was very bad, we were too far from their goal and couldn’t create almost anything. In the second half we were much better, but the problem was that we couldn’t put the ball past their goalkeeper. This is the reason for the defeat.

Olivier de Lafuente (Coach of France): I am proud of my team because we played a very good match against a strong team like Norway. Our goalkeeper was fantastic, we also studied them very well and didn’t allow them to play in their usual style, in which they are very dangerous. I am happy because with this win we are still in the run for a place in the quarterfinals.