First win for Senegal in Skopje 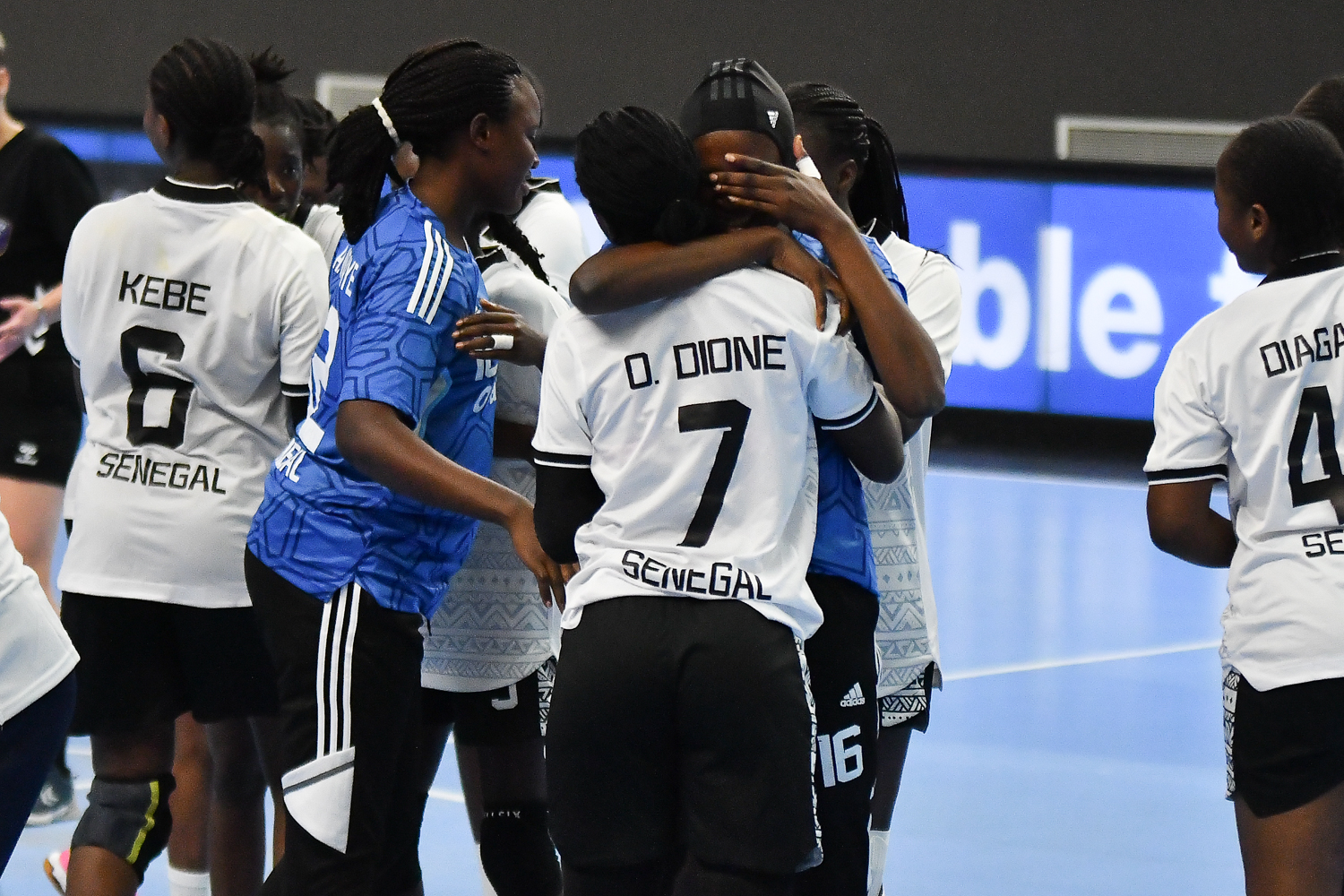 The match between Uzbekistan and Senegal was the first of the third round in Group B of the Women’s Youth (U18) World Handball Championship 2022 that was held in Skopje. Uzbekistan’s lead from the start and just after 8 minutes, it was 6-2, leading the Senegal coach to call for his first time-out. After the time-out, the Senegalese girls played better and with a series of 4-0, in the 11th minute, they equalized at 6-6. Senegal continued with the excellent game and in the 14th minute took the lead for the first time with two goals (7-9), after which the head coach of Uzbekistan had to use the first time out. Uzbekistan’s time-out did not result in anything, because in the 25th minute Senegal reached the highest plus five 12-17. The first half ended with 15-18.

In the second half, the Senegalese women again dictated the pace, and at the end of the 40th minute, they again reached the highest plus five (20-25). New defenses by the CISSE goalkeeper followed, after which Senegal reached the highest plus eight (21-29). However, Uzbekistan managed to make the finish interesting and with two minutes left to come to only minus one 32-34. Senegal managed to defend and eventually reach the final triumph of 32-33. Both national teams continue in the President’s Cup.

WHC U18 STAR OF THE MATCH: Theresia Gomis (Senegal)

STATEMENTS:
Zafar Azimov, the head coach of Uzbekistan:
I can not speak because is a very awful game for us. Because now we must be played with Sweden. A Sweden is a very good team.

Fall Serigne, the head coach of Senegal:
First victory for us at the World Championships. I am very happy because of this great success that my girls have achieved. I can’t stop the tears.